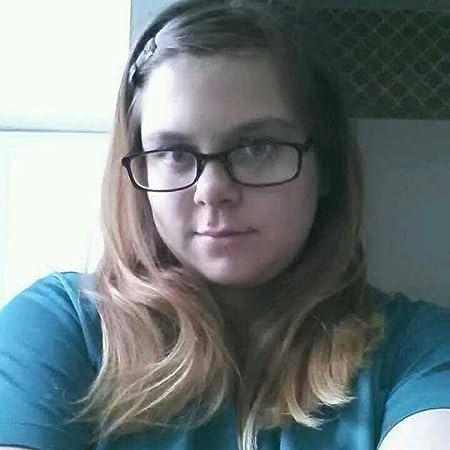 From that moment on, I wrote all the time - short stories, poems, essays, and news articles for my high school paper. I tried writing horror, fantasy, and sci-fi, but I couldn't get my footing in any of those genres. They just didn't call to me.

Then I read "A Hunger Like No Other,"a paranormal romance by Kresley Cole.

Seven years later, here I am; still writing, a mother to a beautiful daughter, a contestant on Food Network's "Worst Cooks in America," and just doing my best to get more books on the shelves. 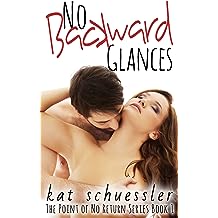 No Backward Glances (Point of No Return Book 1) Mar 23, 2016
by Kat Schuessler
( 6 )
$3.99
When Lorelai Todd has her heart shattered by her boyfriend, she vows to never trust a man again. Six months later, she is called to the hospital where she works to help with an emergency. She speeds to get there and is pulled over by Jay, the handsome cop that will eventually threaten to break down the walls around her heart.
After pulling over the beautiful nurse that caught his eye, Jay regrets not asking her out, until he is called to the hospital to identify a potential kidnapping victim who has been shot. When he arrives at the hospital to speak with the nurse in charge, he is surprised and happy to discover that it's Lorelai, the beauty he pulled over for speeding. He wastes no time in asking her out and she accepts, but hesitantly.
As their relationship progresses and gets significantly steamier, Jay wonders whether or not he can convince her to let her guard down and trust him while also trying to track down the man who kidnapped and shot the young victim that brought them together.
While he's wooing Lorelai, Jay also has to follow leads, examine new evidence, and deal with the shock of an unexpected suspect. In the midst of all of this, somebody from his past shows up and threatens to ruin all of the progress he's made with Lorelai. Can he convince her that he won't hurt her like her ex, or will she throw away her chance at happiness for fear of her heart breaking once more?
Read more
Other Formats: Audible Audiobook , Paperback 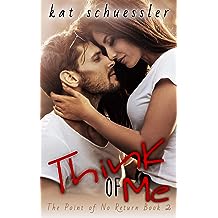 Think of Me (Point of No Return Book 2) Jan 26, 2019
by Kat Schuessler
( 2 )
$3.99
When Detective Josh Hartnell's wife had a psychotic break, he needed to figure out how to raise their daughter on his own. Two years later, when his friend and partner decides to set him up with a woman, he doubts that anything will come of it.

Rita Morgan is a law student at Kent State University. After her disappointing relationship with a professor ends, her friends insist on setting her up with a single dad. Although Josh is sweet and incredibly sexy, he comes with some baggage--in the shape of a little girl.

When Rita's life is unexpectedly put at risk and her heart on the line, she needs to decide if their relationship is worth the risk, or if they should end it before the price gets too high.
Read more
Other Formats: Paperback