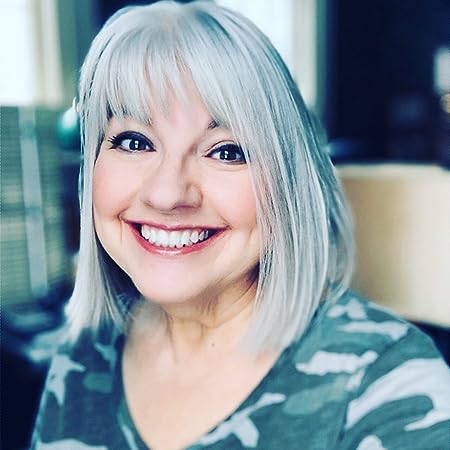 Kate McGinn loves a good story. An avid reader, she enjoyed writing short stories and would begin writing a few chapters of a longer work only to set it aside. In 2015, she decided to begin her first novel, "Exodus", a romantic suspense story and the first book in the Clare Thibodeaux series. Book Two, "Winter's Icy Caress" was published in June 2017. Her third book in the series, "Never Show Your Hand", was published in November 2018. Her current works in progress include a humorous tale about a young woman, Natalie, who is one of the main characters in some of her short stories (Natalie is the main character in "Mucking Around" which can be found in the short story anthology, Bite-Sized Stories V. 2 and also in the recently published "One Million Project: Fiction Anthology" for charity.)

Kate pulls from her own life experiences when writing. She has worked over the years as a registered nurse, an Army Reserve officer, and owned/operated a Bed & Breakfast Inn. Born in New York City, Kate grew up in the Midwest and lived along the Gulf Coast and in Italy for many years before moving to Wisconsin. In her free time, she enjoys reading, golf, hiking, camping, travel and hanging out with a crazy yellow Lab. She and her husband have two adult sons, a lovely daughter-in-law, and live near the Mississippi River in an 1855 Greek Revival home. 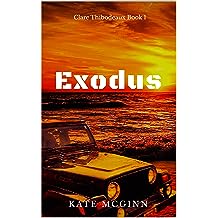 Exodus (Clare Thibodeaux Series Book 1) Aug 22, 2016
by Kate McGinn
( 55 )
$0.99
A woman who has lost everything she loved. A dangerous secret that someone will do whatever is necessary to keep buried.
The ER staff called Clare Thibodeaux the “Ice Lady”. No one knew the reason why she wouldn’t let anyone get close to her.
On one hectic night, the victim of a vicious attack is brought in by ambulance. When she discovers the patient is a friend from her past life, she is devastated. It was the first of a violent series of events, and the only connection between all of them is Clare.
Fearing for her life, she leaves as a hurricane spirals off the coast, but Clare’s storm is only beginning. Fleeing to the Apostle Islands in northern Wisconsin, she goes into hiding with the help of family friends.
Two men vie for her affection -- a passionate FBI agent and a Navy SEAL with a questionable past -- and Clare must decide who she can trust with her heart and with her life.
If you are a fan of action-packed stories with plenty of danger and romantic intrigue, you’ll love Exodus. Readers’ comments describe Exodus as “hard to put down”, “a page turner”, and as a story with “excitement in each chapter”. 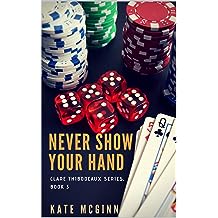 Never Show Your Hand (Clare Thibodeaux Series Book 3) Nov 1, 2018
by Kate McGinn
( 9 )
$2.99
A woman's heartbreaking decision to leave the past behind. A Black ops sniper with a price on his head. A CIA agent determined to solve the puzzle.
Clare Thibodeaux Harris has overcome the odds after surviving a brutal attack and being deserted by her husband. After months of physical therapy, she undergoes rigorous training including mixed martial arts instruction. As a result, she's stronger and won't be anyone's victim ever again. Her goal is to enter the Birkiebiner Cross-Country Ski Race, and she returns to Bayfield to train.


Former CIA forensic account, Shanaya Cadotte, has uncovered discrepancies in the books at the Red Cliff Casino run by her uncle. Could someone be laundering money through the casino? As she searches to find an answer, she enlists the help of her former love, FBI Agent Lee Songetay. As they move closer to the truth, the threats begin against Shanaya and her family.
CIA Agent Roberta Keating is tracking the son of a Russian oligarch. Maarku Sokolov is a murderer, sex trafficker, and drug smuggler. Her mission is to find him and rid the world of him, but the elusive criminal has dodged them for years. A break in the case occurs when Maarku puts a target on the head of 52-11's sniper. It's a vendetta that feels personal, but what is their connection to each other?
How does anyone survive in a world where everyone holds his or her cards close? Where the stakes are high, and lives are at risk? Clare finds herself an unwitting player in this game of chance. If only she can figure out whom she can trust?
Never Show Your Hand is quick-paced, action-filled suspense where the secrets are rampant, and not everyone is whom they say they are. If you like mysteries with plot twists and romance, you'll love Never Show Your Hand.
Read more 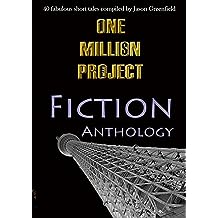 A fabulous short story collection by 40 authors from around the world, who have come together to raise money in the fight against cancer and homelessness.

All OMP proceeds after production costs will go to cancer research and to homeless charities.

Help us to raise a little sunshine in the lives of people less fortunate than ourselves through the power of words. 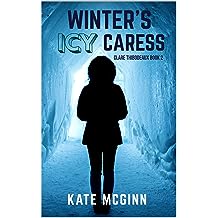 Winter's Icy Caress (Clare Thibodeaux Series Book 2) Jun 12, 2017
by Kate McGinn
( 26 )
$1.99
The holiday season is beginning, and somewhere in Bayfield, there is a person with a soul colder and more brutal than any winter storm in Northern Wisconsin. A fact that Clare Thibodeaux will discover for herself.
Clare survived the attempts on her life by the leader of an alt-right extremist group and is excited about her future with her fiance by her side. The holiday season is beginning, but the mood in Bayfield is far from merry when young women begin disappearing. Wanting to help in some way, she volunteers to assist in the search for the women and finds that she, too, has become a target of the person responsible. Almost anyone could be the culprit, but the clues point to it being someone with inside knowledge about her life.
As the tension mounts, she feels the threads of her relationship pulling apart, and her fiance grows more distant with the arrival of a beautiful FBI profiler from D.C.
Can Clare hold on to the man she loves? Will it matter as the serial killer taunts her as he closes in on his prey? Her father taught her to hunt, but not how to survive when she is the one in the crosshairs.
Read more
Other Formats: Paperback 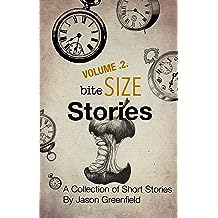 Read them on the train or during a 15 minute break. Perfect for airports and waiting for buses.

Each story has been written as part of a writing challenge and a variety of genres are represented.

Section Three is the bonus section, with sample chapters from the writer's other works including one complete longer story from the One Million Project, a collection of stories sold to raise money for charity.
Read more