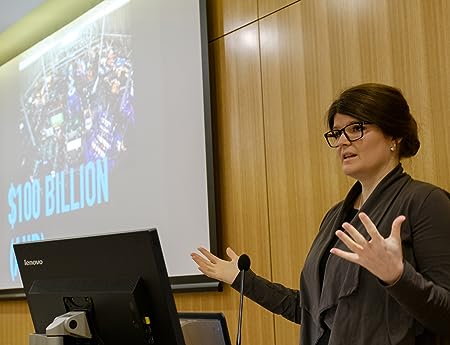 Born in Toronto, Canada, Dr. Kate Raynes-Goldie has been teaching, speaking, researching and writing about emerging trends in technology and culture since 2002. Kate has spoken at SXSW, NXNE, TEDxPerth, PAX Australia as well as at Microsoft and Stanford University. Her research has been published by MIT Press and Routledge.

Kate is also an award-winning mixed reality game designer, with her work being featured at The London Theatre and the Toronto International Film Festival (TIFF).

She currently writes for the Western Australian-based Business News and Particle, and continues to advise organisations and companies about the near future, particularly the future of work and education.

She holds a PhD from Curtin University and a BA (Hons) in Philosophy and Semiotics from the University of Toronto. She is also a graduate of the Canadian Film Centre's Media Lab.

She lives in Fremantle, Western Australia. 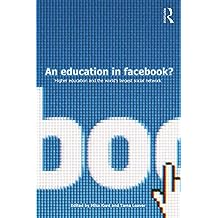 An Education in Facebook? examines and critiques the role of Facebook in the evolving landscape of higher education. At times a mandated part of classroom use, at others an informal network for students, Facebook has become an inevitable component of college life, acting alternately as an advertising, recruitment and learning tool. But what happens when educators use a corporate product, which exists outside of the control of universities, to educate students?

An Education in Facebook? provides a broad discussion of the issues educators are already facing on college campuses worldwide, particularly in areas such as privacy, copyright and social media etiquette. By examining current uses of Facebook in university settings, this book offers both a thorough analytical critique as well as practical advice for educators and administrators looking to find ways to thoughtfully integrate Facebook and other digital communication tools into their classrooms and campuses.