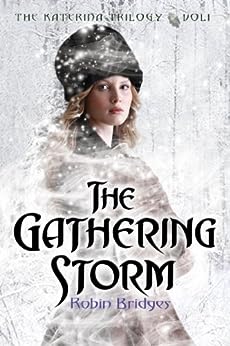 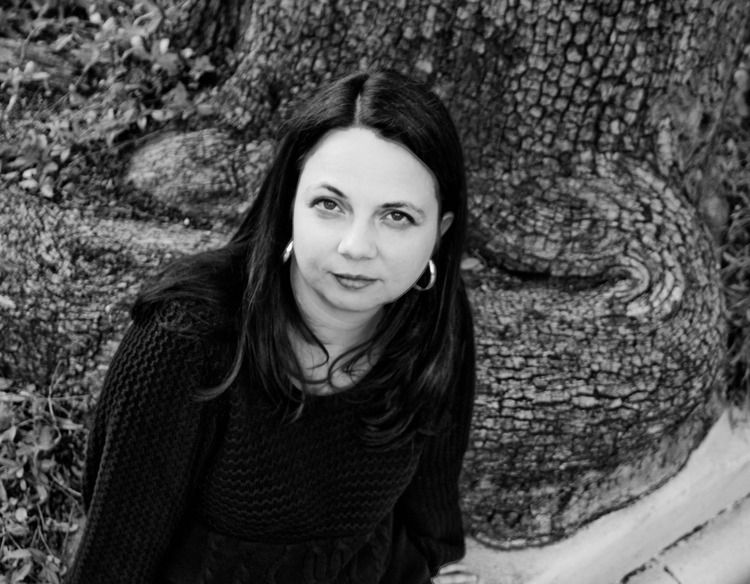 The Katerina Trilogy, Vol. I: The Gathering Storm Kindle Edition

by Robin Bridges (Author) Format: Kindle Edition
Book 1 of 3: Katerina
See all formats and editions
Sorry, there was a problem loading this page. Try again.
VOYA said "Bridges could become a worthy successor to Libba Bray with this historical fantasy."Lush and opulent, romantic and sinister, The Gathering Storm, Vol. I in the Katerina Trilogy, reimagines the lives of Russia's aristocracy in a fabulously intoxicating page-turning fantasy.

St. Petersburg, Russia, 1888. As she attends a whirl of glittering balls, royal debutante Katerina Alexandrovna, Duchess of Oldenburg, tries to hide a dark secret: she can raise the dead. No one knows. Not her family. Not the girls at her finishing school. Not the tsar or anyone in her aristocratic circle. Katerina considers her talent a curse, not a gift. But when she uses her special skill to protect a member of the Imperial Family, she finds herself caught in a web of intrigue.

An evil presence is growing within Europe's royal bloodlines—and those aligned with the darkness threaten to topple the tsar. Suddenly Katerina's strength as a necromancer attracts attention from unwelcome sources . . . including two young men—George Alexandrovich, the tsar's standoffish middle son, who needs Katerina's help to safeguard Russia, even if he's repelled by her secret, and the dashing Prince Danilo, heir to the throne of Montenegro, to whom Katerina feels inexplicably drawn.

The time has come for Katerina to embrace her power, but which side will she choose—and to whom will she give her heart?
Read more
Previous page
Next page
All 3 for you in this series See full series

"Bridges could become a worthy successor to Libba Bray with this historical fantasy."--VOYA

"The plot is rich and intriguing."--School Library Journal

"This alluring fantasy gives fans of the Luxe series a new society to enter, albeit with some fear."--Booklist

ROBIN BRIDGES makes her YA debut with The Gathering Storm, Volume I in the Katerina Trilogy.

By day, Robin Bridges is a mild mannered writer of young adult fiction. By night, she is a pediatric nurse, poking small children with needles for a living. She lives on the Gulf Coast with her family and an ever-growing menagerie of cats, dogs, tropical fish, and parrots. But alas, she still does not have a unicorn.

Amazon Customer
5.0 out of 5 stars Tsarist Russia on shrooms - and you'll love it!
Reviewed in the United States 🇺🇸 on December 6, 2012
Verified Purchase
There's something about tsarist Russia. Something crazily enticing, if you ask me. All the glamour, the balls, the royalty, the intrigue, the balls, the murderous vampires... Wait, what?

Oh, didn't you know? Besieged by dark creatures, those communist-ancestors were. Their high society was divided in the Light Court, where humans and other nice paranormal people belonged, and the Dark Court, where the baddies swarm. Ok, well, maybe real tsarist Russia wasn't like this, but who cares? Robin Bridges' version of it is and it makes for such fun I could barely keep myself from blowing over its 390 pages in a day.

Katerina Alexandrovna is a great character, and I felt like seeing the world through her eyes was very beneficial to the story, especially since she was a good narrator capable of reminding me who was who at the right times - and let me tell you, there were a boatload of people in tsarist Russia. Those people were, to make it even more complicated, all cousins or related to some other degree, and I suspect that had I focused on keeping track of everybody, I would've most likely flipped.

I was too busy entranced with the intense - intense, in block-lettered neon lights, seriously - mythology created by Robin Bridges to care about keeping track of Royal families, and what work this woman must have put into her mythology. I'm pretty sure I didn't fully grasp the depth of all the kinds of vampire families that sprawled across Europe at the time, but it says something about the book that I didn't even stop to catch my breath and wonder if I was missing something.

This book wasn't perfect, of course, but it drew me in so deep I couldn't help but love it. Although some people might argue Katerina's sudden falling for George was a bit odd, I, for one, was squealing with joy - and for someone who reads bad YA romance hurting his eyes from so much eye-rolling, that's a lot. I loved the dark aspects of it, and how its pace never let up but knew when to slow down and when to go at breakneck speed.

I do think Katerina's powers as a necromancer can be vastly expanded on, but far from me to tell Robin Bridges to make her mythology even more complex. I can't wait to see what comes next.
Read more
One person found this helpful
Helpful
Report abuse

Megan Bostic
5.0 out of 5 stars Awesome Debut
Reviewed in the United States 🇺🇸 on July 28, 2012
Vine Customer Review of Free Product( What's this? )Verified Purchase
First things first, Ms. Bridges did a ton of research in writing this novel. The way the characters speak is authentic 19th century Russian. The author even explains that in the first pages of the book. It will not be how you're used to people speaking. Get over it, because if you don't, you're missing out on a great book.

Katerina is a duchess who also happens to be a necromancer, a gift she sees as a curse and wishes to hide from the rest of the world. Soon her secret gets out and there are those who want and need her for her power. She finds herself in a tug of war not only between the courts of dark and light, but also between a dark prince and the grand duke. When her life and that of her family are threatened, she knows she must make a choice to save those she loves and Russia.

Will she side with the dark, from where her black magic originates, or the light, where she yearns to belong?

But then I love how she throws in the paranormal element. Katerina's world isn't all sovereignty and glamour, there's also faerie sight, vampires, werewolves, and sorceresses to contend with. Oh yeah and the threat of an undead army.

The writing is as elegant as the setting of the story, enchanting me throughout. Katerina is a heroine worthy of rooting for. Ms. Bridges ended this first book of a trilogy perfectly and I cannot wait until the second book comes out.

AllBookedUp
3.0 out of 5 stars There was too much going on
Reviewed in the United States 🇺🇸 on May 29, 2012
Verified Purchase
The Gathering Storm is based during the late nineteenth century, and young Duchess Katerina just happens to be a Necromancer meaning she can raise the dead. Thinking that was all I was going to get as far as the paranormal department goes I was surprised to discover this book had vampires, witches, faeries, zombies, and many more supernatural creatures. Toss that in with a whole bunch of characters and names being thrown around at times the book got confusing because there was too much going on.

With the interesting concept I had really high hopes for the book and I did enjoy reading it but not to the extent I hoped I would. Katerina was a character I liked at times especially when she showed how passionate she was about not being part of the norm and becoming a doctor and whenever she decided to have a backbone and stand up for herself but there was also too many times in crucial moments when she let people push her around and it frustrated me so much.

As far as romance there is no real love triangle although the synopsis might make you believe that but there is none, what Katerina and Prince Danilo have is far from love...like etc it's all about the Grand Duke George Alexandrovich who in the beginning dislikes her for the dark aura that surrounds her but somehow somewhere falls madly in love with her and same goes with Katerina she can't stand him but eventually she is in love with him also...how and when that happens I have no clue but it does. Oddly I actually did like the Grand Duke.

Overall I loved the Historical Russia setting with the paranormal twist but there was too much going on and some very unnecessary pointless parts that can be taken out of the book which would actually make it a more enjoyable read.
Read more
One person found this helpful
Helpful
Report abuse
See all reviews
Report an issue
Does this item contain inappropriate content?
Report
Do you believe that this item violates a copyright?
Report
Does this item contain quality or formatting issues?
Report