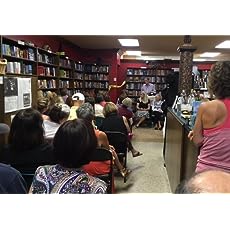 Kathy McKenzie-Runk
Award winning author of the Writer's Digest 80th Annual Competition - Children/Ya category. 12th place for "Flight to Freedom," inspired by the adoption of a Vietnamese orphan in the 1970's. Also second place winner of the Writer's Network of South Florida's contest, children's cateory for "A Dolphin's Tale."

Kathy sold her first article when she was 8 years old to the York Junior Dispatch, a publication in her community that encouraged children to write. As she grew older, many of her articles were published. Her fifth grade teacher said "Kathy's favorite thing to do is to write compositions."

Her first mystery novel for adults is named "Blood Ties" and is the story of a sheriff, adopted as an infant, who finds the killer's DNA profile matching his own. The second book in the series is "Murder in the Caribbean." The third book in the series was released Christmas 2012 and titled, "Murder in Miami." Book four in the mystery series, "Murder at the Zoo" was released in July, 2014. "Murder at the Rectory" was released in 2017. All books are in paperback and e-book format and available at most booksellers and libraries.

The screenplay for "Blood Ties: The Souvenir Killer" is in process by award-winning screenwriter and author Luis Aponte.

The Spanish translation of "Puppy Gets a Family" was released in 2016.
Read more 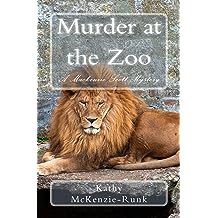 Murder at the Zoo: A Mackenzie Scott Mystery (THE MACKENZIE SCOTT MYSTERIES Book 4) Jul 20, 2014
by Kathy McKenzie-Runk
$4.99
Private Investigator Mackenzie Scott gets involved in apparent accidents at the Topeekeegee Wildlife Animal Park in the Everglades when there is a fatal accident. The tribal owner, Billie Osceola, hires him to investigate and save the zoo.
Read more
Other Formats: Paperback 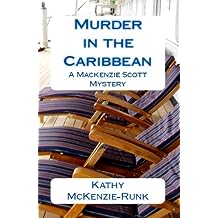 Murder in the Caribbean (A Mackenzie Scott Mystery Book 2) Jun 28, 2012
by Kathy McKenzie-Runk
( 14 )
$4.99
Former sheriff Mackenzie Scott, adopted as an infant, moved his family to a quieter neighborhood after daughter Angel was kidnapped. Now Mac has given up his life of booze and gambling to enjoy time with his family.

The Scott family has been invited to a nephew’s wedding cruise to the Caribbean, paid for by the bride’s father, the Consulate General of Brazil at the Embassy in Miami. After the ceremony, the guests gather on the pool deck in their formal attire. The bride, wanting to change from her wedding gown for the evening’s dinner, enters her cabin. Now she can’t be found. Beads from a family heirloom necklace are found on the balcony of her suite. Blood is found on the railing. Her new husband is the primary suspect and the last one to see her. Or is he?
Read more
Other Formats: Paperback 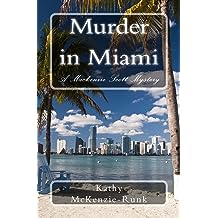 Murder in Miami (The Mackenzie Scott Mysteries Book 3) Jan 2, 2013
by Kathy McKenzie-Runk
( 10 )
$4.99
Former sheriff Mackenzie Scott, now a private investigator is called upon by the owner of the Legeune Corporation, a company with Army contracts, to investigate $2 million missing from the accounts. Vice-President Brandon Hershey is murdered a day after reviewing the files of the test results of the new bullet-proof vests.
Read more
Other Formats: Paperback 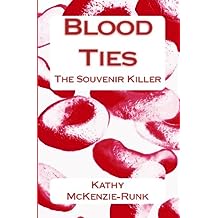 Blood Ties: The Souvenir Killer (The Mackenzie Scott Mysteries Book 1) Mar 29, 2012
by Kathy McKenzie-Runk
( 20 )
$4.99
Crestview Pines, Florida Sheriff Mackenzie Scott woke to the ringing of his phone. "They found little Suzi Kelly's body," the caller said, "in the canal behind your office." Someone is killing children on his watch and playing games with him.
His phone rang again and it was his estranged wife Beverly. "Mac, Angel didn't come home last night. I don't know where she is." He is torn between duty and responsibility in his search to find Suzi Kelly's murderer, fearing for his daughter Angel's safety. Did the murderer take her?
DNA from Suzi's body is run against all available samples. A match! Incredibly, there is a partial match to the Sheriff's DNA. Is a family member responsible for this horrific crime? And where is his daughter?
Read more
Other Formats: Paperback 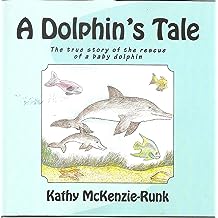 A Dolphin's Tale: The true story of the rescue of a baby dolphin. Jul 29, 2015
by Kathy McKenzie-Runk , Brad Sturgeon
( 3 )
$4.99
t three months of age, a baby Atlantic Bottlenose dolphin caught her tail in a crab trap and could not escape. Rescued and transported to a Florida aquarium, the baby's tail deteriorated to where it was useless. She learned to swim with a sideways motion in the hospital tank, but veterinarians were concerned this movement would damage her spine. Would an artificial tail work? Sidebars for teachers and parents.
Read more
Other Formats: Paperback 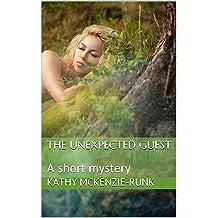 The Unexpected Guest: A short mystery Jul 5, 2017
by Kathy McKenzie-Runk
$0.99
A brothers’ trip to their hunting camp in the Poconos has tragic results when an unexpected guest arrives.
Read more 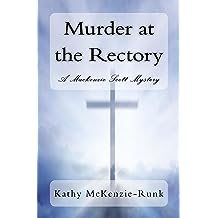 Murder at the Rectory: A Mackenzie Scott Mystery (The Mackenzie Scott Mysteries Book 5) Jun 11, 2017
by Kathy McKenzie-Runk
$4.99
Private Investigator Mackenzie Scott and his family attend a picnic at the church where his AA meetings are held. During the presentation of the awards for the potato salad contest, the Associate Pastor, Rev. John Bee falls off the stage clutching his chest. When the Medical Examiner declares his death a homicide, his widow begs “Mac”, as he is known, to investigate.
Read more
Other Formats: Paperback 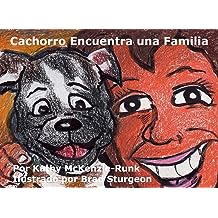 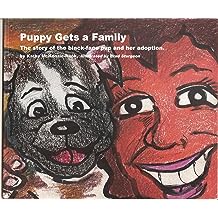 Puppy Gets a Family: The story of the black-face pup and her adoption. Mar 26, 2015
by Kathy McKenzie-Runk , Brad Sturgeon
( 1 )
$4.99
Being different does not mean you can't find love and happiness.
Read more 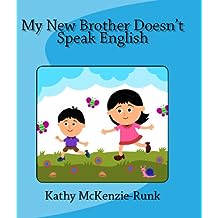 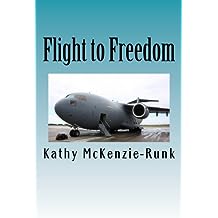 Flight to Freedom: One child's escape from the Vietnam war. Feb 1, 2013
by Kathy McKenzie-Runk , Stephanie Rivet , Strangot Dreamstime.com
( 3 )
$4.99
In April, 1975 as the Vietnam War was escalating, a brave woman, Betty Tisdale, with many government and other connections, sent a plane to rescue the children of An Loc Orphanage in Saigon.

It arrived in the dead of night to whisk the children and caregivers away to the United States.

This is the story of one of those children and his arrival to his 'forever' family.
Read more
Other Formats: Paperback