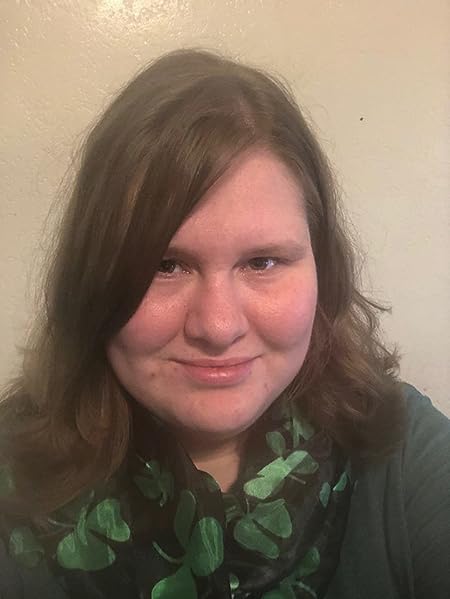 Katie Andrews Potter is an author, educator, mother, and family historian... a storyteller.

Katie holds a degree in Elementary Education and is currently in the Writing for Children & Young Adults program at Vermont College of Fine Arts. She is also a student at the Institute for Children’s Literature.

Katie is the author of young adult historical fiction novels Going over Home and Going over Jordan, as well as a children's picture book, When Mother Read Aloud, based on the memoir of her great-great-great grandmother, an Indiana pioneer woman. Her newest book is a family history memoir, entitled Shamrocks: A Memoir of Mothers, which traces her story as a mother and family historian, intertwined with the stories of the women in her matrilineal line. Her current works in progress are young adult novels The Grave on Tanager Drive and Angel Windows.

Katie lives in Indianapolis, Indiana with her husband Ben, and their children, Ellie, Micah, and Silas.

You can find her at at www.katieandrewspotter.online.

Going over Jordan (The Wayfaring Sisters) May 30, 2015
by Katie Andrews Potter
( 5 )
$1.99
Ellie Fox is a product of the 1990s and 2000s: headstrong, outspoken, and independent. She grew up in the Indianapolis suburbs, started her college life at Indiana University. So when she suddenly has to start life over in the 1840s, her mind is left reeling. She feels, naturally, a bit out of place. Her sister Maddie came with her, but Maddie is now married and seems to be adjusting to her new surroundings quite easily. Not so much for Ellie. She lives with her grandmother in the backwoods and helps her run a station on the Underground Railroad, but what she has been told will become her “new normal” just…doesn’t. And because she is from the future, she knows who she is going to marry— a man named William Cookston. Ellie, ever the hopeless romantic, just knows he will be perfect and will sweep her right off her feet. But when he arrives he seems to be as opposite her dreams as he could be—and he has his secrets, too. Once they’re married, they find themselves living lives of secrecy as they aid runaways. It seems only a matter of time before Ellie’s mouth gets the best of her. And when it does, everything is at stake –even lives. Now it’s up to her to restore their part of the Liberty Line, and grow from a young girl to the woman she is called to be.
Read more
Other Formats: Paperback 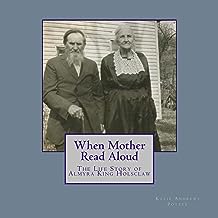 When Mother Read Aloud: The Life Story of Almyra King Holsclaw Sep 19, 2017
by Katie Andrews Potter
( 4 )
$2.99
There is a rich history to the state of Indiana. People from all walks of life have made the Hoosier state their home, and each one has a special story to tell. This book is just one of them. These words were part of an oral history told by a woman named Almyra King Holsclaw. Almyra was born in Jennings County, Indiana in 1842, and she lived her entire life there. And then, in her old age, sometime around 1930, she sat down with her daughter and recalled her memories aloud, spinning a beautiful picture of what her life was like growing up in pioneer Indiana.

This is her story.
Read more
Other Formats: Paperback 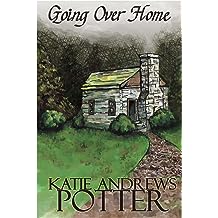 Going over Home (The Wayfaring Sisters Book 1) Dec 1, 2013
by Katie Andrews Potter
( 27 )
$2.99
Maddox's life changed the day she read her real birthdate: May 17, 1820. Not 1990, like she’d been told all along. Sure, there had been clues: her mother's old-fashioned style, the fact that her parents refuse to talk about her grandparents, but she never could have guessed they were actually from the past. And if that wasn't enough, now she has to go back in time to live for good. She has descendants living now, and if she doesn't go back their lives will never be.

Once she figures out how to go back in time, she struggles with the impending change her life is about to take, and her relationship with shy, unassuming Henry Yancey: the man she is supposed to marry. But if the decision to go back isn't hard enough, she soon finds out there is someone who will stop at nothing to keep her from going back, and he's running out of time. Will Maddie fall for Henry, and will she be able to make it back in time before the portal closes?
Read more
Other Formats: Paperback 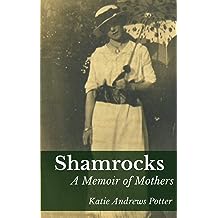 Shamrocks: A Memoir of Mothers Mar 12, 2019
by Katie Andrews Potter
$2.99
“…in heaven a noble work was done, when God gave us a mother…” I’d heard all my life that we were Irish. We’d wear green on St. Patrick’s Day, and my mother had bright red hair. Beyond that though, I didn’t know a single thing about our Irishness. Our family was from Indiana, just as Hoosier as they come. It seemed everybody as far back as we could remember was born here.But long before our family ever came to Indiana, our mothers walked the hills of the Emerald Isle. Our St. Patrick’s Day green and my mother’s red hair told me as much, but until I began researching our family history as a teenager, I’d never known our ancestors’ stories. And I’d never guessed how much our Irish family story would come to mean to me – or how much it already meant to our family.Journey with author Katie Andrews Potter as she traces her maternal heritage back from the present day to the days of the Irish Potato Famine. Katie weaves her story as a family historian and as a mother herself in with the stories of each woman in her matrilineal line. From daughter to mother, the stories she uncovers are those of sorrow and of loss – and yet ultimately of faith, hope, love, and the resilience of family. Shamrocks is a tapestry of stories of many generations of women, yet it tells one tale: that of an Irish blessing upon each new son and daughter. It tells of the blessing of motherhood, and the strength of family.
Read more
Other Formats: Paperback