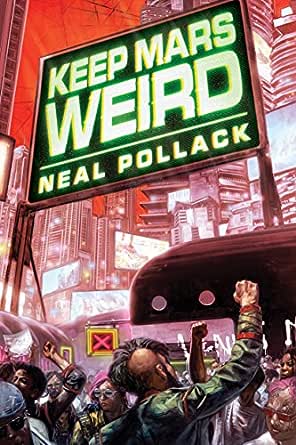 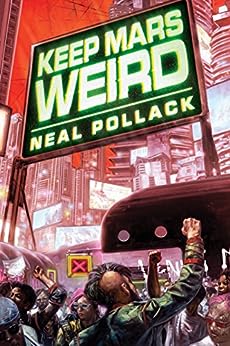 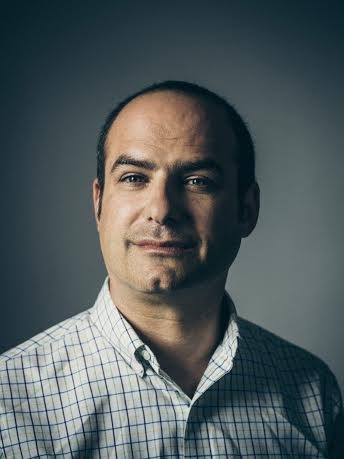 “Pollack has written such tongue-in-cheek, self-referential literary hits as Never Mind the Pollacks and The Neal Pollack Anthology of American Literature. Now he’s writing a Kindle serial...set in a future where Earth has become boring and washed-up and Mars has turned into Austin, TX.” —io9

3.9 out of 5 stars
3.9 out of 5
53 customer ratings
How does Amazon calculate star ratings?
Amazon calculates a product’s star ratings based on a machine learned model instead of a raw data average. The model takes into account factors including the age of a rating, whether the ratings are from verified purchasers, and factors that establish reviewer trustworthiness.
Top reviews

Danion Jacobson
3.0 out of 5 stars Neal Pollack is the Milton Friedman of dystopian allegorists.
Reviewed in the United States on May 24, 2016
Verified Purchase
Pollack is a fascinating writer, but this is not his best work. In Keep Mars Weird, he seems to be revealing his internal struggle between the progressive utopian vision -- which like all similar visions requires a soul-sucking, lock-step conformity to exist -- and a rebellious individuality that senses something's off in this politically correct world but only finds release in childish pleasures. He had a good start here with something that could have been meatier, but chose to keep it lightly vegan, perhaps because he didn't really know where to take it. When is enough not really enough? And when is it too much? This is Friedman territory, and Milt always knew better how to answer those questions than our would-be masters.

Larry P
1.0 out of 5 stars Meh. There's no there there.
Reviewed in the United States on January 14, 2016
Verified Purchase
It's less satire and just more jokes and making fun of corporate interests and hipsters. Which would be fine in a short story, but in a novel its thin humor wears after awhile. This isn't satire, there's very little point. It's basically an empty shirt with references to places and events oh so subtly recrafted for a Mars locale (South by Southwest turns into Mars by Mars). The characters are thin, the plot is alright. Towards the end I wondered why I was even reading it. So. I stopped. Didn't finish.
Read more
6 people found this helpful
Helpful
Comment Report abuse

Ruth
3.0 out of 5 stars Interesting and light hearted
Reviewed in the United States on April 21, 2019
Verified Purchase
Interesting premise and entertaining characters. Enjoyable, but I gave three stars because the parable encompassed in the story was not exactly subtle. That said, I finished the book and found it enjoyable.
Read more
Helpful
Comment Report abuse

J. Reise
5.0 out of 5 stars Fun sci-fi that makes you forget it's sci-fi
Reviewed in the United States on December 9, 2015
Verified Purchase
A fun novel about a distant future in New Austin on Mars that is very familiar to 21st century readers. I enjoyed just how unsubtle the parallels with our own time's dark sides of hipster corporatism. My only wish is that the author would have more fully explored how one can move to a social order that has art, authenticity, excitement and Enough, beyond just assassinating a mega-fascist land developer.
Read more
2 people found this helpful
Helpful
Comment Report abuse

Virditas
4.0 out of 5 stars Fun spoof of Austin
Reviewed in the United States on July 28, 2016
Verified Purchase
Fun spoof of Austin. Anyone who lives in Central Texas - or really any city with massive sudden yuppie-zation - will laugh a lot reading this book. The ending was a little messy, but life is indeed, messy. Great for the airplane!

Pollack's book Repeat was just as fun, but somewhat deeper and sweeter.

C. Andersen
2.0 out of 5 stars Puerile satire
Reviewed in the United States on January 3, 2016
Verified Purchase
Neal Pollack should stay away from science fiction. The science mentioned in passing in this book was just ludicrously wrong -- so wrong I was left wondering whether he had done it on purpose, but it wasn't the characters stating all this BS, but rather the narrator, so I hold the author responsible. It would probably take a book of about the same length to summarize all the bad science -- often outright falsehoods (Mars has about 40% of Earth's gravity, no 10%), but it should mostly be obvious to anyone with the background to recognize it, and not of interest to those without. Yes, I understand this is satire, but it is one thing to make up a fantasy world (Gulliver's Travels), and another to create a fantasy of the real world.

That being said... the writing is good, but better suited to something on the order of short essays. This book-length effort was a stretch too far. The satire is probably most relevant to those living in places like Austin or San Francisco (Seattle? The Montrose area of Houston?), but may leave others cold. Clearly the author has a fan-base in the Austin area, which must explain all the 5-star reviews.
Read more
3 people found this helpful
Helpful
Comment Report abuse

Glenda S. McKinney
4.0 out of 5 stars A bit of profundity mixed into a good beach book
Reviewed in the United States on February 4, 2016
Verified Purchase
A fun look at gentrification, division of wealth, and waiting in line at restaurants. Before sharing it with teens, be mindful of the fact that it has a lot of material that might be more appropriate for them than for your adult self.
Read more
2 people found this helpful
Helpful
Comment Report abuse

Robert R Kuritz MD
3.0 out of 5 stars Not a favorite of mine
Reviewed in the United States on April 22, 2016
Verified Purchase
Read as a Kindle Serial, Way too much emphasis on freedom of drug use. Plot was confusing and pointless at times.
Not a favorite of mine.
Read more
2 people found this helpful
Helpful
Comment Report abuse
See all reviews from the United States

MaskedMarauder
4.0 out of 5 stars More than the sum of its parts?
Reviewed in the United Kingdom on January 12, 2016
Verified Purchase
"Keep Mars Weir" is three books in one - a political satire (first half), a comedy (opening chapters) and adventure SF (second half) - and that is its greatest strength and a weakness at the same time.

It's reminiscent of Wong's "John Dies at the End", Robinson's "Red Mars" and Dick's "We Can Remember It for You Wholesale" (AKA "Total Recall") plus a couple other SF novels. On top of it all, I just learned that it is a "serial" and there are several sequels yet to come.

I can recommend it, but maybe further evaluation should be withheld for now.

It should however be said that this novel has a proper ending and can be enjoyed on its own.
Read more
Helpful
Sending feedback...
Thank you for your feedback.
Sorry, we failed to record your vote. Please try again
Report abuse

Locoparentis
2.0 out of 5 stars Disappointing
Reviewed in the United Kingdom on March 5, 2016
Verified Purchase
The start was slow and confused and the plot was thin with a weak story line. The imagery was good in places but it seemed to be set too early for the time period it says it depicts.
I'd hate to have to travel on the spaceship to Mars it sounds as bad as the tube on a hot day.
Read more
Helpful
Sending feedback...
Thank you for your feedback.
Sorry, we failed to record your vote. Please try again
Report abuse

Dennis J Pale
2.0 out of 5 stars Starts off strong, but kinda falls apart soon after
Reviewed in Australia on December 10, 2017
Verified Purchase
Readable. Begins with a lot of promise with some hilarious descriptions and concepts, but just runs out of puff well before the middle. Basically a scifi stoner comedy.
Read more
Helpful
Sending feedback...
Thank you for your feedback.
Sorry, we failed to record your vote. Please try again
Report abuse