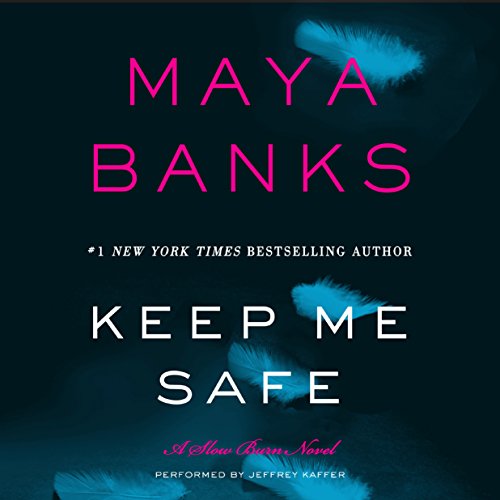 List Price: $21.67
You Save: $1.68 (8%)
By completing your purchase, you agree to Audible’s Conditions Of Use
Sold and delivered by Audible, an Amazon company
Share

4.1 out of 5 stars
4.1 out of 5
704 global ratings
How are ratings calculated?
To calculate the overall star rating and percentage breakdown by star, we don’t use a simple average. Instead, our system considers things like how recent a review is and if the reviewer bought the item on Amazon. It also analyzes reviews to verify trustworthiness.
Top reviews

JaneColorado
1.0 out of 5 stars So, so, SO bad!
Reviewed in the United States on January 27, 2016
Verified Purchase
So, so, sooooooo bad.... First of all, HIRE AN EDITOR. The constant repetition would be hilarious if it wasn't so sad. If anyone out there has great difficulty with reading comprehension, don't worry!! You'll be told the same thing seven, eight, nine times.... and then another eight, nine, ten times just to hammer it in there. Of course, if you remove all the repetition you'll likely end up with a 23-page novella, so I guess there's that. You are getting your money's worth in terms of page count. The other reason this book is so awful was the MELODRAMA. Absolutely everything (EVERYTHING!! See what I did there?) is over-the-top, over-exaggerated, over-(insert adjective of your choice here)... UGH Absolutely cringe-worthy. There's more but I don't even want to think about it. ZERO stars.
Read more
33 people found this helpful
Helpful
Report abuse

RatherBeReading
4.0 out of 5 stars So much blood and death!
Reviewed in the United States on July 22, 2019
Verified Purchase
This story kept me entrapped until the end. Ramie, a psychic by touch, lives out serial killers' kills when she touches an object of the victims'. Caleb a wealthy oil tycoon, tracks her down to help find his kidnapped sister, and forces her to handle an object of his sister's, not knowing what Ramie has to live through to help him. Thus starts their emotionally and physically, devastating journey together to stop a serial killer stalking her. This story was emotionally, and anxiously exhausting. If graphic crimes scenes are a trigger for you, you might want to steer clear of this one. My heart is still thumping as I write this. Not sure I want to start the next book. The ending was slighty abrupt but not enough to lower the rating.
Read more
One person found this helpful
Helpful
Report abuse

mnix
3.0 out of 5 stars " I would definitely not write Ms. Banks off, though, because her stories are usually very good! "
Reviewed in the United States on June 12, 2015
Verified Purchase
Caleb Devereaux will do anything for his family. When his sister is taken, he searches out Ramie St. Claire to find her. However, Caleb never realized what toll Ramie’s gift takes on her when she helps others. Caleb believes Ramie is hiding, because she is being selfish and no longer wants to help people in desperate need. When he realizes exactly what Ramie is up against, she soon falls under the category of ‘do anything for,’ and Caleb is caught up in more than just protecting this special woman.

Ramie St. Claire has a gift that doesn’t come for free. She uses it to help the authorities locate missing people. However, she touches on something darker and more sinister. When this darkness feels her, it soon turns on her as the ultimate prize to achieve and will stop at nothing to possess her. Forced into helping sexy Caleb Devereaux, Ramie soon finds herself on the run, brushing through another close call she reaches out to the deeply remorseful Caleb for help, but is it too late?

Keep Me Safe is a mind-bending, action-packed thriller that begins as it means to go on. The chemistry between Caleb and Ramie keeps the story moving, however the love developed way too quickly for me.

The secondary characters filled out Keep Me Safe, but they seemed to be unable to stick with a feeling through the course of the tale. I often questioned why they had flipped so quickly, but chalked it up to secondary roles that weren’t meant to be completely explained in Keep Me Safe.

There was a pivotal point that should have hiked the angst up in Keep Me Safe, yet it seemed to bring about questions that weren’t thoroughly answered for me. It was more a very convenient element that felt out of place for me, because things like that could have occurred before, but didn’t. Also at times, I felt that some vital characters weren’t completely fleshed out or explained, and they came across as cardboard individuals instead. It was as though I jumped into the middle of a series that is not meant to be read as a stand-alone. I would definitely not write Ms. Banks off, though, because her stories are usually very good! This one just didn’t work for me.

This book was reviewed by Vanessa for Joyfully Reviewed (JR), and was provided by the publisher/author at no cost to JR for the purpose of being reviewed.
Read more
2 people found this helpful
Helpful
Report abuse

Romance between the Sheets
4.0 out of 5 stars Suspense, Mystery and Emotion - had it all
Reviewed in the United States on May 6, 2017
Verified Purchase
Keep Me Safe was paced really well and I connected immediately to Caleb and Ramie. I have read Maya Banks before and was interested to see her take on a paranormal series.

Ramie's gift takes us on a sensitive journey and your heart breaks for her loneliness and the horror she sees with her gift. I was thankful for Caleb and his strong protection of her after his initial poor treatment at the start of this story. Their love making was romantic and the caring way he treated her was beautiful.

One thing, I did not like was Caleb's brothers or his sister at all however I adored Dean, he was amazing and I felt his connection to help Ramie more than Caleb's brothers.

The ending was very quick and I feel as though there are some characters I needed some further closure on particularly Tori and Ramie. I admit by the end though I had forgiven his brothers as they stepped up to the plate when all the drama started.

The last quarter of this book just explodes with endless action and you will not be able to put it down.

Am I going onto the next book in this series, yes as I am enjoying the change in story telling by Maya.
Read more
2 people found this helpful
Helpful
Report abuse
See all reviews

A Woman of a Certain Age
2.0 out of 5 stars Deeply disappointed. I expected much better from this particular author
Reviewed in the United Kingdom on March 14, 2017
Verified Purchase
I have thoroughly enjoyed several of her books before, notably the KGI series. But there were too many inconsistencies in this book for me. For example the first time Caleb went up to the remote cabin he "picked up his phone and immediately called his brother". But the next time he went there he was frustrated because he had to go all the way back down the mountain to get a signal.
Another time Ramie has worked out that if the psycho killer ever does manage to capture and kill her, it will just boost his ego and he will think he is invincible. Several chapters later Caleb tells her the same thing and she is amazed. She had never thought of that way!!
I could just about put up with that but then we get to the part where the psycho gets inside Caleb's head and completely controls his actions without Caleb remembering a thing about it. Just by taking something Caleb had handed to him. Really? The psycho has been inside Ramie's head for 18 months. And wants to catch her so he can rape and kill her. So why didn't he just get her to drive wherever he wanted?
Made no sense at all. Lost all credibility.
Read more
Report abuse

Hanbarn
4.0 out of 5 stars Wow
Reviewed in the United Kingdom on April 7, 2019
Verified Purchase
Scary wow but also scary good storyline. Evil, good, sorrow, anger, hopelessness and then a glint if sun. Really enjoyed this unusual story and the romance that came out of it.
Read more
Report abuse

indie
5.0 out of 5 stars Stunning
Reviewed in the United Kingdom on May 7, 2017
Verified Purchase
Absolutely brilliant , this author is amazing , I just couldn't get enough of this book, there was a point in the story where I didn't think I could carry on reading but felt compelled to ! Now ready to download the next in the series
Read more
Report abuse

winnie
5.0 out of 5 stars Fantastic
Reviewed in the United Kingdom on August 5, 2017
Verified Purchase
Fantastic read. I really enjoyed all the drama and romance. It's always exciting finding a new author and you just hope they have already written loads.
Read more
Report abuse
See all reviews
Back to top
Get to Know Us
Make Money with Us
Amazon Payment Products
Let Us Help You
EnglishChoose a language for shopping. United StatesChoose a country/region for shopping.
© 1996-2021, Amazon.com, Inc. or its affiliates