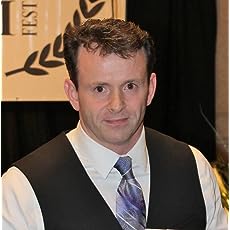 Keith Rommel is a multi-award-winning author and screenwriter that has penned over a dozen novels and co-written three movies. Three of the four stories from the Shade of the Reaper series have been adapted to film. Rommel's stories have been called "intelligent fiction".
www.keithrommel.weebly.com
Read more 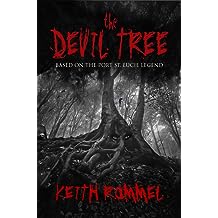 Back in the 1970s, a series of bizarre incidents occurred at what has since been known as "The Devil Tree." Beneath this ancient denizen, evil was wrought by a sick serial killer, calling upon forces most evil and dark. People were hung there ... and bodies buried there ... exhumed by the police. Overcome by superstition, some tried to cut down the tree, to no avail. Since then, it has stood in a remote section of a local park --- left to its own devices --- quiet in its eerie repose -- until now!

Best-selling psychological-thriller author Keith Rommel has imagined the whole tale anew. He's brought the tree to life and retold the tale with gory detail only possible in a fiction novel. Action-packed, with spine-tingling detail, this thriller is beyond parallel in the ground it uncovers ... one author's explanation of what may have really been said -- what may have really happened -- under Port St. Lucie's "Devil Tree."
Read more
Other Formats: Audible Audiobook , Hardcover , Paperback 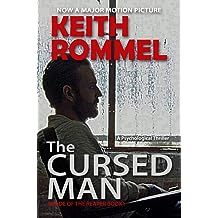 Keith Rommel's debut novel --- the first book of the Shade of the Reaper series.

Alister Kunkle believes death is in love with him. A simple smile from friend or stranger is all it takes to encourage death to kill.

With his family deceased and a path of destruction behind him, Alister sits inside a mental institution, sworn to silence and separated from the rest of the world, haunted by his inability to escape death's preferential treatment.

But when a beautiful psychologist arrives at the institution and starts offering him care, Alister braces himself for more killings. When none follow, he tries to figure out whether he truly is insane or if death has finally come to him in the form of a woman.
Read more
Other Formats: Audible Audiobook , Hardcover , Paperback 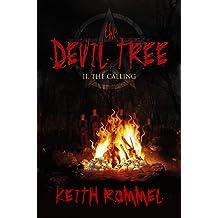 What drives someone to kill? Is it something within them, or an outside force that influences them?

One of Florida's most overlooked serial killers (Gerard John Schaefer) wrought havoc along the Treasure Coast and Hutchinson Island in the 1970s. His reign of terror consisted of unspeakable acts of torture, rape, and murder by an ancient oak tree. He hanged people there, buried their bodies, and came back often to pillage what remained. It is believed that Schaefer's evil seeped into the tree and surrounding area, leaving a blemish on the otherwise beautiful nature walk in Oak Hammock Park in Port Saint Lucie. When night descends around the tree, the atmosphere changes completely; hundreds of stories are offered up about personal experiences of a true-life haunting.

Continuing with the legend that is pulled into modern day, Satanists commune by the tree in honor of their fallen idol. Terrible things happen around the tree, which seems to have a certain allure to it . . . making people commit unimaginable acts.

This sick and grizzly legend is so deep, so convoluted and wicked, you won't believe what you read. Whatever you do, don't visit the Devil Tree after dusk. You will never be the same. This is not just a blurb for the back of a book, but a warning from many people--including uniformed officers who have come forth to share their experiences at the tree. I have seen both confusion and truth in their eyes.

This is a must-read series for all Floridians and those intrigued by legends, the supernatural, and the occult.
Read more
Other Formats: Paperback 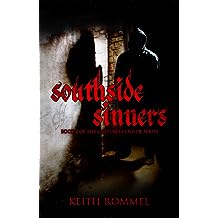 Southside Sinners (Cultures Collide Book 2) Mar 14, 2018
by Keith Rommel
( 3 )
$4.99
In this sequel to "You Killed My Brother," twins Emily and Hannah lived a relatively normal life despite their parents having been killed during a highly publicized street war with a ruthless street gang called the Southside Sinners when they were children. Raised by their aunt, the only surviving member of their family, life eventually returned to normal and carried on as usual.

The two girls, Hannah, now a CPS worker, and Emily, a police officer, work hard at trying to right the wrongs of the world they were subjected to. But, when fate comes knocking again twenty years later, the two girls, their aunt, and an entire town are catapulted into a second war with the once thought disbanded Southside Sinners. Chance seems to have locked the two sides in a predetermined battle until only one side is left standing…
Read more
Other Formats: Paperback 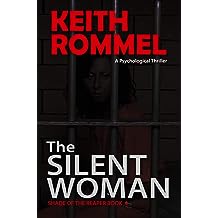 The past. A little girl is nearly kidnapped. A wild man runs loose, terrorizing a neighborhood. An older sister stops at nothing to protect her younger sibling from outsiders. The present. A woman sits in a prison cell, left to rot alongside a ruthless tormentor on a mission to break her. But, little does she know, the prison holds more insidious monsters than the beastly cellmate who steals her food and trades away her belongings for seemingly irrelevant trinkets. The past. Secret murders. A clandestine friendship. A broken pact between sisters. In an effort to cover up a string of devious acts, an unlikely coalition unites to bury their shared dark past. The present. A woman continues to be tortured by her mocking bunkmate, as well as by her own past—and all the things she can't recall about it. What has she done? Why is she here? Where is she? As she ponders and pieces together the mysteries of her history, she traverses a place that incarcerates her not only physically but also forces her deeper into the prison of her own mind.
Read more
Other Formats: Paperback 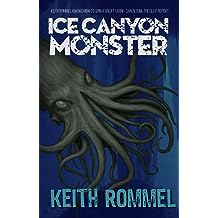 The Eskimo people of Greenland have grown tired of the damage being done to their country. Global warming from emissions that stem from the shipping lanes that run between Canada and Greenland has made people that live close to the coast sick. Cancer, asthma and as many as 5,000 deaths a year have been attributed to this pollution. A single cargo ship in one year burns more emissions than 50 million gasoline burning vehicles.

When Akutak, a Greenlandic Shaman Eskimo, decides to take action against the things that are destroying his country, he uses the ancient arts and creates a tupilak and with it and conjures a curse. Designed in the form of an octopus, this Goliath is going to become Greenland's guardian and do everything within its power to stop the erosion of the ice sheet.

But not everyone sees the Tupilak Octopus as a champion and they seek to destroy it. But the only way to destroy it is to conjure something more powerful and Akutak may be Greenland's most powerful shaman.

This novelette is part of the Cli-Fi movement and contains stunning facts surrounding Greenland and the danger this beautiful country faces from big oil to overused shipping lanes. Akutak and his Tupilak Octopus has one message: leave Greenland alone! - Read this highly educational novel with a great fiction story intertwined within the startling facts.
Read more
Other Formats: Audible Audiobook , Paperback 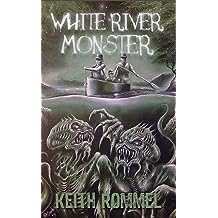 White River Monster Jan 24, 2016
by Keith Rommel
( 5 )
$4.99
FANS OF CTHULHU REJOICE, THE MONSTERS WILL RISE!
The White River Monster has eluded people for over a century. Manhunts were brought to a fever pitch in Newport, Arkansas, where people descended on the small town, determined to prove the existence of the river monster.
But, it went unfounded.

For years, sightings were reported up and down the White River, but no physical evidence ever came forth. Soon the monster faded into obscurity and was dismissed as a legend never to be solved ... that is until now!
Read more
Other Formats: Paperback , Mass Market Paperback 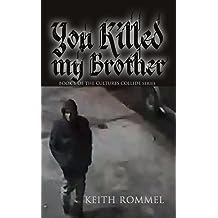 You Killed My Brother (Cultures Collide Book 1) Oct 11, 2014
by Keith Rommel
( 43 )
$4.99
Rainer is a successful doctor and father of two. He’s a celebrated member of the community for his exceptional care and charity work. Brick is a local street thug that can’t keep his nose clean. When fate brings the two together through tragedy, the life of Rainer is changed dramatically. Glenn is a seasoned cop and Rainer’s younger brother. Trusting the justice system, he keeps his desire for revenge in check as Brick is brought to trial. But when the jury hands Brick a lean sentence, Glenn sets out to avenge his family’s suffering. But what he forgets in his rage is that for every action, there is a reaction.
Read more
Other Formats: Paperback 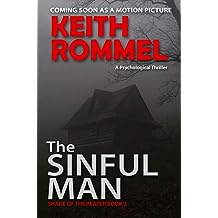 Keith Rommel's 3rd book in the Shade of the Reaper series

Leo needs something . . . his stomach growls, but it can wait. That’s not hunger he must feed. He has to get to his next high, but without money he knows he can’t buy what he needs to sate the voice inside telling him to get more, get more.

No luck asking his father. His mother is in no position to help. After failing to steal the money he desperately needs, Leo must appeal to his dealer, the dangerous and infamous Saint Nick—despite the inevitable beating he’ll take for showing up empty-handed. Still, anything to keep the voices and flashbacks at bay . . .

Leo soon learns that everything has a price—not just money for drugs, but that every choice he makes has a repercussion. Suddenly caught between a world where he can see the sins of his past and a new consciousness that he doesn’t fully understand, Leo finds himself not only chasing the dragon, but being chased by demons of a whole different kind. He must learn the finality of being past hope—all while reliving his missed opportunities for second chances—and truly come to understand that he is responsible for his own undoing before he runs out of time. After a lifetime of bad choices, this Sinful Man discovers the consequences to his actions and the mortal responsibility of exercising free will.
Read more
Other Formats: Hardcover , Paperback 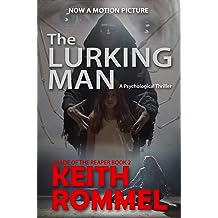 Keith Rommel's 2nd book of the Shade of the Reaper series

Cailean stands beneath a spotlight in a blinding snowstorm. She has no idea where she is or how she got there, but she senses something moving around her in the darkness outside the light.

When the ominous presence calling himself Sariel makes himself known, he declares that he is Death Incarnate. Cailean has died, and now she will be forced to face the sins of her past in exchange for twenty-four hours of life to try to right her wrongs. And what she must do in return for this precious time is unthinkable.
Read more
Other Formats: Audible Audiobook , Hardcover , Paperback 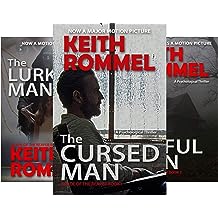 Keith Rommel's debut novel --- the first book of the Shade of the Reaper series.

Alister Kunkle believes death is in love with him. A simple smile from friend or stranger is all it takes to encourage death to kill.

With his family deceased and a path of destruction behind him, Alister sits inside a mental institution, sworn to silence and separated from the rest of the world, haunted by his inability to escape death's preferential treatment.

But when a beautiful psychologist arrives at the institution and starts offering him care, Alister braces himself for more killings. When none follow, he tries to figure out whether he truly is insane or if death has finally come to him in the form of a woman.
Read more
See purchase options