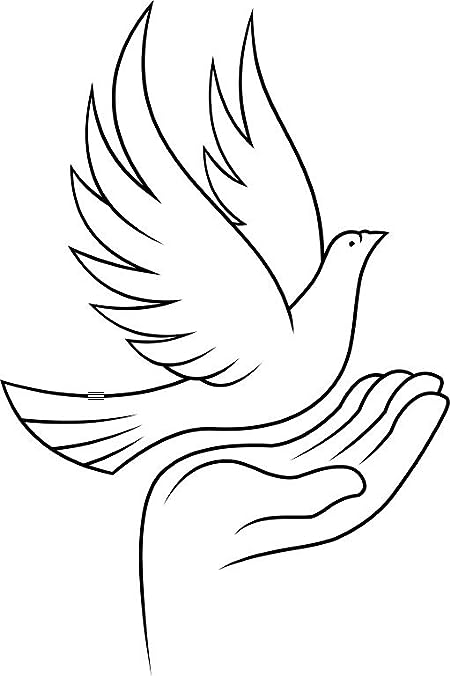 Kemymalia (pronounce kee'ma lia) is an Erotica Novelist. She has six romance novels under her credit; Betrayal of the Past, Forever Mine, On the Wings of Love, Moonlit Terrace, Teacher's Pet, For only One Night (Kindle) and Shadows of Obsession. Her writing inspiration comes from within, and a strong determination to pen the perfect novel.

"I have to add that writing poetry was a precursor of what developed into a love of developing characters that magnifies a bold image into the reader's mind. Erotica Romance writing is a prestigious knack to engage heroine and hero in the perfect setting, the right circumstances, under the right author's pen."

I hope you find all of my novels, inspiring, indulging, and most of all, seductive." 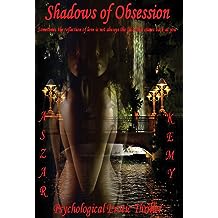 Rajeen Nadia Whitlow, a beautiful and sexy charismatic Investigative Journalist for a prestigious newspaper, who has the knack of uncovering featured news-breaking stories. She is on the trail of an elusive female serial killer.

Is your true identity really the inner core of your soul? Or, could the erroneous power of such, cause bedlam to its reflected nature?

Jonathon Huntington, a Real Estate Financier, who has an ulterior motive for Rajeen’s sexual prowess. Formerly, a willing captive who escaped the confinements of rapture in his bed. His taste for pleasure, once found in Rajeen’s arms, will set in motion a pace of deceit and emotional obsession.

Moss Manikins, a top Senior Advisor to the president of the United States, accidentally encounters Rajeen. A night of hot passion, a whispered promise, and a future commitment could be on the horizon, or could it all be threatened by Rajeen’s quest for freedom while trying to prove her innocence? 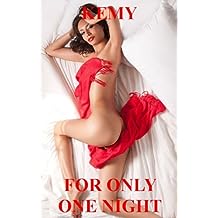 For Only One Night by Kemy Feb 14, 2011
by Kemy
$1.00
For Only One Night, draws the engaged reader into a submissive state of existence, while pushing the boundaries, of love, lust, and unity.
Sometimes, ones feelings to experience a night of undulated rapture underscore a moment in time to gratify one ’s self. 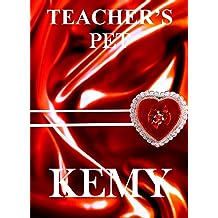 Teacher's Pet Aug 29, 2009
by Kemy
( 1 )
$1.00
Product Description
Teacher (An occurrence, idea, or object from which something may be learned). Pet (Cherished by or favorite to somebody). Teacher's Pet is about a woman who relishes her time in developing a variety of feelings for several men who enter her life. A blessed future to the one man who endures to the end. Jo'Nay Abbington: A beautiful, single, second grade school teacher. Heiress to Abbington International Coffees. What a treat for Jo'Nay to have four distinguished gentlemen dueling for an invite into her bed. Four tempting male choices to refuse or indulge in physical ecstasy while deciding on which to choose to leave begging for more, and more, and more. Joshua Stonewell: Hard working and good-looking. Entrepreneur of Josh's Automatic Security Systems. A man who seeks love, not just materialistic rewards. Can Joshua open Jo'Nay's eyes to a life where money comes second to the benefits of life's simple pleasure, real love? Roman Franlinto: Rich and handsome. Headmaster of Washington Enrichment Preparatory Academy. A man who would give his last breath to possess Jo'Nay's soul and her love. Can the elements of virginal passion sustain Jo'Nay to suppress her existence in Roman's bed only? Ian Sanchez: Wealthy, handsome, and physically superior. Self-made billionaire of Sanchez Computer and Software Technology Corporation. A man who tried his heart at loving the first time around and then suspended all future long-term relationships, that is until he meets Jo'Nay. Jo'Nay is the woman who controls the beat of Ian's heart, the tempo of sex, and is a candidate to be his bride. Ethan Reese: Multi-cultured, damn good-looking, has money to lend, and money to burn. A Computer Programmer of Caribbean-Creole descent. Ethan is a man who loves Jo'Nay; however, he has little time to show it. Will Jo'Nay settle for the part time company of a man who is blessed with a great physical endowment, and an unwavering tongue, to satisfy her undercover physical cravings? Teacher's Pet is the story of a woman's quest to find and maintain love, whether it is under the covers, on top of a fluffy carpet, or on a desktop. Join her on an unforgettable journey. Sometimes the choices you make to fill your immediate desires are not the same choices that will sustain your future happiness. 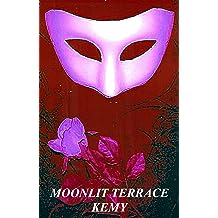 MOONLIT TERRACE May 3, 2008
by Kemy
$1.00
Moonlit Terrace is an emotional and touching novel. It details how an extremely wealthy and powerful man succumbs to the everyday pressures in life, and unwillingly falls in love on the journey. Steffen Galeio, an Italian immigrant and entrepreneur of Galeio's Shipping Incorporation is invited to one of the most talked about political events of the year. Steffen circulates his presence within the multitude of aristocratic and social elite. He makes eye contact with a very beautiful and sensuous woman named Isabella Tramaine. Isabella Alexis Tramaine, a vivacious, beautiful, and intelligent woman. In addition, a potential match for Steffen Galeio's cool and abrasive demeanor. The two dance to a seductive physical enticing ballad. Steffen Galeio's philosophy of I hunter you prey was put into play, as he whispered promising words of physical compensation into Isabella's ear. Isabella intentionally breaks Steffen's imprisoned embrace. Her only reasonable means of escape is onto the sanctuary grounds of a Moonlit Terrace. Steffen and Isabella share a kindred intimate embrace on a Moonlit Terrace, until the unexpected became too unbearable for Isabella to mentally comprehend. Her quick departure leaves Steffen, abandoned, physically depraved, and emotional captivated. Does Steffen Galeio's philosophy of fast cars, rich women, and no commitment hold merit? Indulge your senses in emotional discreet. Get into the mind of a methodical stalker. Hide behind a mask at the Tramaine's Masquerade Ball. Sit in on a Learjet table conference. Feel the spellbinding emotions at a New Haven, Connecticut palace, as it withers down to emotions battling the will of good judgment. Moreover, cruise in the backseat of a moving limousine intimate moment. All this awaits you and plenty more in the pages of Moonlit Terrace.
Read more
Other Formats: Paperback