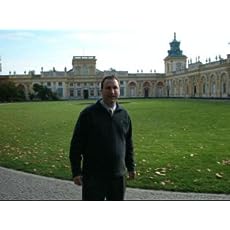 Ken Kurson has been a contributing editor since 1997 for Esquire magazine, where his monthly section, "Green," covers the world of money and investing. Kurson's cover story for the October 1998 issue ("What did you do after the crash, Daddy") had the good fortune to appear on the day the Dow Jones Industrial Average fell some 500 points. His "Vegas = Investing" column in Esquire's April 1998 issue drew rave attention and was greeted with radio appearances nationwide (San Francisco, Boston, et. al.), including the nationally syndicated "Sportsline" program. Publication of Kurson's cover story on the dangers of market overconfidence in Oct. 1998 coincided with a swift market plummet, resulting in a flurry of media appearances and coverage, from MSNBC to Good Morning America.

Ken Kurson penned the cover story for the Forbes 400 issue Fall 2000, getting ahead of the Internet schadenfreude trend in "Don't Weep for the Rich."

Prior to Esquire, Ken Kurson was a staff writer at Worth magazine, where he wrote the popular Advocate column (enjoying prominent placement on the back page), which addressed problems readers have with various investments. In February 1997, Kurson was named to TJFR's prestigious "30 Under 30" list of business journalists for the second year in a row.

Kurson is also a prolific freelance writer, penning everything from features for the New York Times to a recurring column about comic books in Spin to a money column aimed at young hip-hop fans in The Source. He writes frequently about politics, including editorials in Newsday and the Chicago Sun-Times and the New York Post. Kurson has written for Rolling Stone, Slate, Salon, Yahoo Internet Life, Civilization, Online Investor, the New York Times, the New York Times magazine, American Lawyer and Elle.

Ken Kurson was the founder of greenmagazine.com and Green Magazine, a personal finance site and magazine. Free from the jargon and get-rich-quickism of much of the mainstream financial press, Green was lauded far and wide, from USA Today to Cosmopolitan, from Wired to CNBC and MSNBC. The Chicago Tribune dubbed it "Long on humor and refreshingly free of Wall Street jargon" and both the Industry Standard and the New York Times ran substantial profiles of Kurson in 2000. This month (Jan 2001), Yahoo Internet Life magazine named Green to its list of "100 best websites for 2001," featured on its cover.

Doubleday published Ken Kurson's first book, The Green Magazine Guide to Personal Finance, in April 1998 by as its lead Spring paperback title. It enjoyed glowing reviews/mention in Worth, Wired, Playboy, Publishers Weekly, Detroit News, Salon.com and elsewhere. It was on Amazon.com's business bestseller list for more than a year after publication.

Ken Kurson has appeared hundreds of times on television and radio, including a four-year run as a paid weekly contributor on CNNfn. Dozens of appearances each on NPR, CNN, FOX, FOXNews, CNBC, MSNBC, ABC, KVI-Seattle, WXYT-Detroit, WJJD-Chicago, Bloomberg radio and TV, and CNNfn. From 1999 through 2001, Kurson appeared every Wednesday afternoon live from the Nasdaq in Times Square on YahooFinance Television. In Sept. 1998, he became a regular contributor to NPR's "Marketplace," for whom he wrote and performed commentary each month. He has appeared regularly on Fox's top-rated "Good Day New York" morning program, CNNfn's "Roundtable" and MSNBC as a guest commentator.
Read more 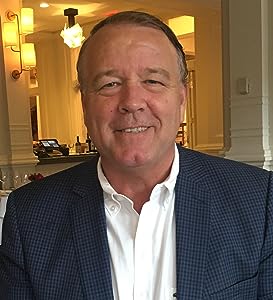 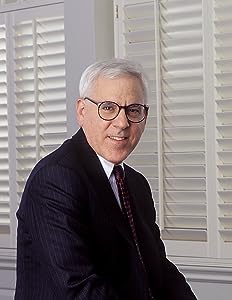 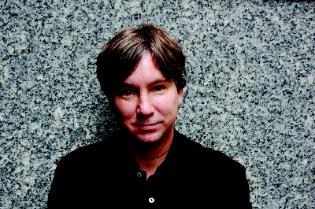 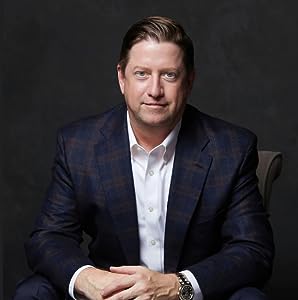 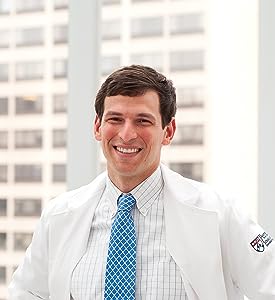 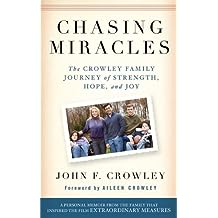 When John and Aileen Crowley learned that their two youngest children had a rare and little understood genetic disorder, they didn't hope for miracles: they made them happen.

In 1998, 15-month-old Megan and 4-month-old Patrick were diagnosed with Pompe disease, a rare and fatal neuromuscular disorder that affects only a few thousand children worldwide, usually leaving them with little to no muscle function, enlarged hearts, and severe difficulty breathing. The Crowleys were told to take their children home and "enjoy their short time together...there is nothing that can be done."

Raised in a blue-collar neighborhood in northern New Jersey, John Crowley, a recent Harvard MBA graduate working at Bristol-Myers Squibb, was just beginning to taste success in corporate America. But now he was absolutely determined to find a treatment to save his children's lives. Frustrated with the pace of Pompe research, Crowley walked away from the corporate world at the age of 31 to help co-found a start-up biotech company, focused exclusively on producing a lifesaving medicine.

In Chasing Miracles, John Crowley writes from his heart about how he and his wife set out to do "whatever it takes" against phenomenal odds to help Megan and Patrick first to survive, and then to thrive—and to keep their family, including oldest son John Jr., together and their marriage strong. He tells about learning to ask for help, about not losing faith, about coping with adversity, about the generosity and kindness of others, and, most importantly, about what it means to never, never quit.

As Aileen Crowley writes in her foreword, "This book is our family's attempt to share much of what we have learned, especially from our children, who have taught us more about life and love than we have ever taught them." 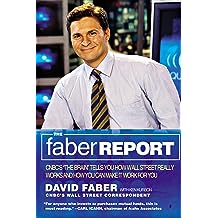 The Faber Report: CNBC's "The Brain" Tells You How Wall Street Really Works and How You Can Make It Work for You May 22, 2002
by David Faber , Ken Kurson
( 11 )
$9.99
These days, when CNBC's David Faber talks, Wall Street listens. Unlike the talking heads that populate the financial news channels, Faber is a down-and-dirty investigative reporter. For six years, on CNBC's popular Squawk Box and in his own segments, Faber has broken story after story. Each day over one million people tune in to hear his daily report. Those who know the score know that Faber is the one to listen to -- especially now that the market isn't doing as well as it used to.

Now Faber has written the smartest, most innovative investment book to be published in years. Like Harvard Business School's famous case study method, each chapter is built around a story -- the story of how a stock was presented to the public. Then Faber extracts clear, easy-to-follow lessons and instructions on how readers can learn the stocks real story, just as he does everyday on CNBC. Readers learn not just how to pick the stocks they want to invest in, but how to avoid joining the "penguins" lining up for big losses. The Faber Report combines practical, down to earth investment advice with wild accounts of investor fraud, company misdeeds, and famous investors and banks that have led investors astray. A quantum leap beyond the usual investment books, The Faber Report is essential reading for anyone who wants to profit-bulls or bears.
Read more
Other Formats: Hardcover , Paperback