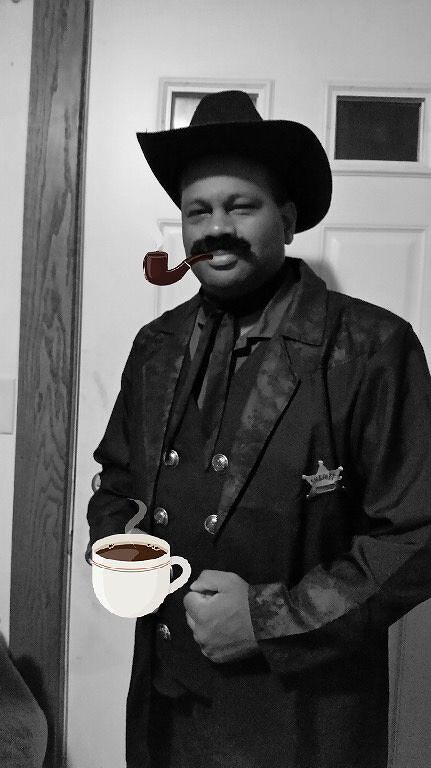 Hello! Thank you for visiting my offical Amazon author page.

My name is Ken Harris. I am a freelance writer, storyteller, and puppeteer.

I am contributing writer for Point of View Community Magazine. Along with entertaining readers with my short stories and puppeteering from time to time, I strive to spread awareness of cyber security.

My purpose is to take what I learned from previous employements in policing, corrections, the courts, along with ongoing training, to help others with information to be proactive in safeguarding data. Together, we can encourage each other to stay safe ​in the never-ending challenge imposed by scammers in our growing technological world.

Please subscribe to my blog at https://www.kenharrisnews.com to get the latest tips, news, and events regarding cyber security awareness. Share with your family and friends!

Thank you for your support and best wishes.

Scattering the Seeds of Knowledge! 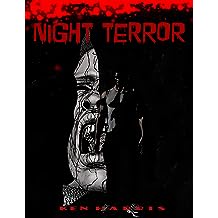 Night Terror Oct 21, 2019
by Ken Harris, Aaron Harris
( 5 )
$3.99
A new dawn in horror lurks among the unsuspecting! Night Terror is about the rise of a man plagued with a terrifying condition as a sleepwalker killer. In this hair raising horror packed with suspense, mystery, and shivers, Dr. Otis Foster invites patient Christopher Gray to his office to cure him of a sleep disorder. What Otis really plan to do is use his unsuspecting patient to eliminate potential whistleblowers to his medical billing scheme. Death and destruction materializes on a level unimaginable! What will become of a gentle giant afflicted with a deadly curse? Follow along on this mind bending thriller that leads to an ironic deadly confrontation! Read “Night Terror” today!
Read more
Other Formats: Paperback 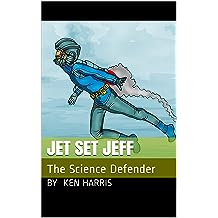 Jet Set Jeff: The Science Defender Aug 26, 2017
by By Ken Harris, Aaron Harris
( 11 )
$0.99
The City of Springdale is facing rising crime due to an economic setback. There are not enough first responders to help those in need or each other. This is why 10-year old Jeff Morgan secretly creates a malfunctioning gadget suit to protect his mother, a police officer, and his father, a firefighter from the menace scientist Glue Dude and his squad of misfits seeking to terrorize the city. Can Jeff handle his defected suit in not only saving his parents but also stopping his nemesis Glue Dude from activating a secret weapon intended to destroy humanity? In this humorous action-adventure chapter-book containing vivid illustrations, each chapter has an interesting stand alone story leading eventually to the final climax where Jeff not only learns of his true purpose but also must make a big decision he never expected in the never-ending battle against crime. Jeff's efforts in the struggle to use his gadgets to succeed is aligned to how anyone with positive values can eventually triumph over obstacles. This book is an ideal for children. Life is a rollar coaster ride. With determination and persistence, dreams can be fulfilled. Jet Set Jeff: The Science Defender relates to children as heroes and the journey to make a difference in the lives of others during tough times.
Read more
Other Formats: Paperback 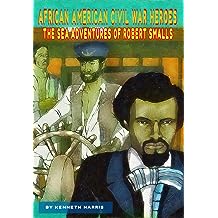 The Sea Adventures of Robert Smalls Jun 2, 2017
by Kenneth Harris, Aaron Harris
( 3 )
$3.99
New 2nd Edition - 08/19/17 "My race needs no special defense, for the past history of them of them in this country proves them to be the equal of any people anywhere. All they need is an equal chance in the battle of life." - Robert Smalls, 1895 Congressman Robert Smalls, an escaped slave who went onto write the first legislation for a free public school education accessible to all children in the United States, always confronted his fear for the sake of making America a better place for all. In 1862, while America was at war with itself over the issue of slavery, ship pilot and slave Robert Smalls, pressed into service of the Confederacy, saw an opportunity for the birth of freedom. Escaping aboard the steamboat with his enslaved crewmen and their families was a daunting task. A single mistake under the watchful eyes of the watchmen manning the deadly forts would've had deadly consequences. Robert defied the odds and became a national symbol of freedom for blacks and whites in the north. This educational supplement will make inspiring reading for children as they are introduced to the first Civil War hero. They will learn of his journey in convincing President Abraham Lincoln to allow blacks to enlist in the war effort and his engagements in battle for Union forces that culminated in his rise as the first black Captain of a Navy vessel. The theme of facing fear and conquering it is an inspiring story of a little known hero who made a difference to better the lives of others. It is abundance in his pursuits while in public service and sends a message that dreams can be fulfilled by confidence and commitment. Appropriate text for grade levels 2 to 5, historical images, and illustrations provides a sound introduction to subject. Also features include a table of contents, maps, glossary, guided reading questions, and additional resources. This fun and informative supplement adheres to common core standards will make a fine addition to classroom curriculum.
Read more
Other Formats: Paperback