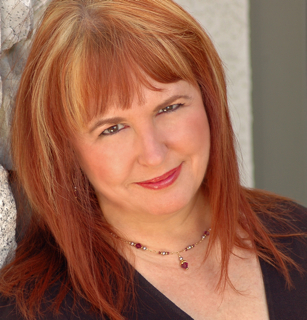 by Rebecca Moesta (Author)
4.5 out of 5 stars 15 ratings
See all formats and editions
Sorry, there was a problem loading this page. Try again.
Read more Read less
Previous page
Next page

Kevin J. Anderson and his wife, Rebecca Moesta, have been involved in many Star Wars® projects. Together, they are writing the eleven volumes of the Young Jedi Knights saga for young adults, as well as creating the Junior Jedi Knights series for younger readers.

Kevin J. Anderson is also the author of the Star Wars® : Jedi Academy trilogy, the Star Wars® novel Darksaber, and the comic series The Sith War for Dark Horse comics and the science fiction novel Blindfold. He has edited several Star Wars® anthologies, including Tales From the Mos Eisley Cantina (July 1995), in which Rebecca Moesta has a story. Rebecca Moesta will also be writing three books in the Junior Jedi Knights series.
Tell the Publisher!
I'd like to read this book on Kindle

RAmbrose
4.0 out of 5 stars Kenobi's Blade- A fun children's story
Reviewed in the United States on December 24, 2010
Verified Purchase
Kenobi's Blade is the last book in the Junior Jedi Knight series. The book continues the adventures of Anakin Solo and Tahiri Veila. Children everywhere will enjoy this enthralling tale. Uldir confiscates two important Jedi relics. It's up to Anakin and Tahiri to retrieve them. In a book full of self discovery and acceptance, Kenobi's Blade captures the fun part of Star Wars children love.
Read more
Helpful
Report abuse

elisa cann
4.0 out of 5 stars Got him reading
Reviewed in the United States on January 13, 2013
Verified Purchase
My son loves these books, he wasn't much of a reader till I got him a few of these. Now all he wants is more ;-)
Read more
Helpful
Report abuse

Amazon Customer
4.0 out of 5 stars Good, but could have been better
Reviewed in the United States on November 21, 2000
This book was okay, though definitly not the best in the series. The writing was good and discriptive, though it didn't grab me in quite the same way as the first trilogy did, or even as the two books before this one did. To me, it seemed that this whole book was a rehash of the previus one. It had practicly the same plot, except Uldir finally went just a little to far. And they had to bring the Orloc guy back. I don't think he is a very good villian, because he is too unsure of himself, and he doesn't even have any real powers. His very presence insults the intelligence of the characters, and the fact that all of them are jedi, or at least jedi trainees except Uldir. Like I said, the writing was good, and the characters well developed, even if the plot was less than perfect. And despite it's flaws, I greatly enjoyed reading it, and intend to do so again. Definitly best for children twelve and under.
Read more
Helpful
Report abuse

El
5.0 out of 5 stars Star Wars
Reviewed in the United States on February 25, 2019
How can you not like anything Star Wars related
Read more
Helpful
Report abuse

Ian Tapley
3.0 out of 5 stars A slightly disappointing end to the series.
Reviewed in the United Kingdom on November 24, 2004
Verified Purchase
THE STORY:
Eighteen years after 'Return of the Jedi', Anakin Solo, Tahiri Veila, Tionne and Master Ikrit set off in pursuit when their misled friend Uldir steals a Jedi holocron and Obi-Wan Kenobi's lightsaber.
WHAT'S GOOD:
I'd often read about Tionne and Luke meeting on Exis Station and I was interested to learn the details of this ancient facility (of course, since then it's featured in the comic series 'Tales of the Jedi: Redemption'). We also get to see Ikrit acting more like a Jedi Master here, which I enjoyed.
WHAT'S BAD:
Well, Orloc is an awful villain, being straight out of a pantomime and I couldn't credit the fact that a Jedi Master, a Jedi Knight and two promising Jedi students couldn't see through his tricks and illusions. Then, there's Uldir... Aside from being irritating as usual, he now acts and gets treated so unrealistically that you lose all respect for the story. I mean, aside from being a thief and an idiot, he betrays his friends on a personal level and yet everyone is quite willing to forgive him. Me, I'd choke him to death with the Force, dark side or no!
Read more
Report abuse