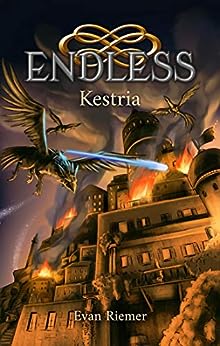 by Evan Riemer (Author) Format: Kindle Edition
Part of: Endless (1 books)
See all formats and editions
Sorry, there was a problem loading this page. Try again.

Lord General Xembe and the 611th have secured yet another victory for Maradia, capturing the coastal city of Kestria and with it, the entire Teridien south.

They have also inherited a deadly blood cult, threatening all life in Kestria, and an ancient threat, drawing ever closer.

Now, Lord General Xembe and the 611th, not trained or prepared for prolonged occupation, find themselves governing a city with deadly secrets and an ancient doom looming over it.

House Sommaripa will do anything to achieve its goal - immortality, at the cost of all life around them.

The ancient gastropod hunts for sustenance, and has set their sights on Kestria, They have consumed countless cities before, leaving emptiness in their wake.

And unless both can be stopped, Lord General Xembe and the 611th will still face defeat, with countless soldiers and Kestrians dead, the city in ruins and the Teridien campaign ground to a devastating halt.

Scroll up to buy your copy of Kestria now, and find out! 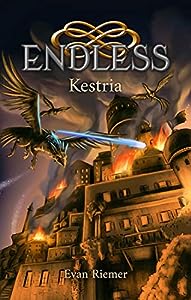 Susel Dezzani
5.0 out of 5 stars “Kestria” is my new favorite novel!
Reviewed in the United States on May 26, 2021
Verified Purchase
I love reading war fiction, and “Kestria” is my new favorite novel in this genre. Written by amazing author Evan Riemer, this is one of those stories that are so captivating that makes readers think about them, even when we have to stop reading them to go to work.
This book tells the story of Lord General Xembe and 611th, a successful battalion who has managed to captivate the entire Meridian South, but they have also encountered many dangerous enemies on their way.
Riemer has a well developed stage and an engaging cast. I enjoyed learning about these people and their world. There is a lot of action as the protagonists move from one trial to another with little time to catch their breath.
As I had a great time reading this book, I will be checking out the others in the series as soon as they come out, for sure!
Read more
Helpful
Report abuse

Evelyn
4.0 out of 5 stars Very entertaining and interesting book.
Reviewed in the United States on May 27, 2021
Verified Purchase
This is an entertaining book and I really enjoyed reading it. Evan Riemer wrote a very engaging masterpiece in which he wove war, historical settings, despair, victory and battles.
The characters are written in such a way that I feel like I know them on a personal level. Honestly, I adored Lord General Xembe, the main character and I dare to say that I laughed, I cried, and got angry; this book took me through all of the emotions.
The reason I knocked off a star is because I wish I had more of the actual plot focused on the Meridian South and the thousand real situations we can think about. Anyway, this is just my personal preference and it was really difficult for me to put this book down!
For those who like historical fiction, this is the book!
Read more
Helpful
Report abuse

Agustina
5.0 out of 5 stars Great story for young adults!
Reviewed in the United States on May 23, 2021
Verified Purchase
Kestria (Endless) written by Evan Riemer is the first book of a series that will put your imagination into a wild journey.
The story starts when Lord General Xembe and his army have won another battle and they find themselves in an unknown city, full of secrecy and people that are ready to betray them; The House Sommaripa and The Ancient Gastropod are two sworn armies that will do anything to take the city, Kestria, and make it work for their benefits. So, its Lord General Xembe’s duty to protect it the best that he can.
I have to say I was surprised with Riemer's writing. He brings a lot of details to the story and the description of the scenery and characters made me feel I was part of the story. These thirteen chapters flew by as the narrative is remarkably interesting. I recommend this book 100% and I can’t wait for the next one!
Read more
Helpful
Report abuse

Sol Tyler
5.0 out of 5 stars What a fiction!
Reviewed in the United States on May 24, 2021
Verified Purchase
What a fiction! I must say I was so caught up by this book’s cover and the first pages, that I could not help purchasing Kestria immediately.
Endless Kestria by Evan Riemer is a War Fiction with a historical setting that has been perfectly crafted; the book is made up of 13 chapters, each of which is more captivating than the last one. Battles, defeats and victories are the main ingredients of this tale.
Author Riemer has been able to pen this narrative in a way that is easy for the reader to follow. Besides, he has included dialogues, which helps getting involved in the sequences of events and footnotes for the reader to understand better.
I consider this tale a great piece of literature! Loved it!
Read more
Helpful
Report abuse

BESS C.
3.0 out of 5 stars An epic adventure
Reviewed in the United States on May 27, 2021
Verified Purchase
This book reminds me of Game of Thrones, a saga that I deeply love; so, I read it with a special affection. I would recommend it to people interested in fantasy plots. This is definitely a book to never get bored; there are many original cities, characters and creatures, with difficult names, and tricky dialogues. All those seasonings caught my attention very much from the first pages. A completely new world is setting in Kestria.

Kestria-Endless, presents the hard battle between Lord General Xembe and the 611th with House Sommaripa; the one who wants to achieve immortality in every way he can, destroying cities and lives, no matter the medium. I think that is a story of hope, vision and principles.
Read more
Helpful
Report abuse

L upe H.
4.0 out of 5 stars Descriptive and well-written
Reviewed in the United States on May 27, 2021
Verified Purchase
This story was something else, in a very good way. "Kestria (Endless)" by Evan Riemer starts off with Lord General Xambe and his men-at-arms after having conquered Kestria and all of the Teridien south. With this conquest, though, they encounter secrets and what seems to be an ancient evil lurking in the shadows waiting and biding its time. An exciting tale to be sure! Considering this is the first book in the series, I'm eager to read the next one. I was captivated and enraptured from the first few paragraphs. It is such a good story for young adult readers to get their hands on. The writing is detailed but easily understood, and loved the descriptions; made me almost feel as if I was on location with the characters. Such a great read!
Read more
Helpful
Report abuse

Nela
4.0 out of 5 stars An appealing military fantasy fiction
Reviewed in the United States on May 25, 2021
Verified Purchase
“Kestria (Endless)” by Evan Riemer is a military fantasy fiction, aimed at young adult readers. Logically organized in chapters, each headed with a good drawing of the characters, which makes it entertaining and invites to keep reading and knowing more about them.
The story was written under a thrilling dystopian perspective, masterfully managed by the author who created an engaging imaginary world. In fact, I was greatly impressed by the world building of this reading. Also, the prose is clean and lean, which makes the tale appealing and understandable for the aimed readers.
The book states to be the first book in the series, and as per the ending, I can't wait to read more about it!
Read more
Helpful
Report abuse

A. Romano
4.0 out of 5 stars Human reality in a fiction
Reviewed in the United States on May 25, 2021
Verified Purchase
This is a fantasy book which should be read with time, because too many details are described to imagine this unreal world.

Kestria depicts how the thirst for power can blur anyone’s sight. It also shows how ghastly mistakes from the past can haunt us in our present.

Despite being a fantasy book, the story clearly reveals humans' weaknesses and strengths, since it mirrors humanity but in a fantastic setting. For this reason, I believe that teenagers and young adults might find this reader interesting.

Although I am not a fan of this type of fiction,I believe that this is a great reader to feed our imagination and pass the time.
Read more
Helpful
Report abuse
See all reviews