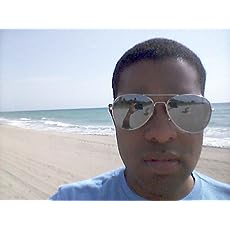 Kevin Douglas Wright was born in Drexel Hill, Pennsylvania and grew up in Willingboro, New Jersey.

His first book, "You Are Graduating Soon: What's After High School?," began as a short, motivational email. It was a quick inspirational message to his smart, young nephew who simply refused to do his homework and get good grades.

As the draft of Kevin's email to his nephew grew longer and longer, Kevin decided to make a more permanent and longer-lasting book version of his educational and motivational writings.

Kevin's original goal was to make sure if his nephew did not end up in college, his nephew would some how stumble upon his Uncle Kevin's book later in life and eventually get back on track.

As his writings were transformed into an easy to read book, Wright realized that his desire to help one young individual could actually help many other teens, young adults, and families facing similar educational challenges. 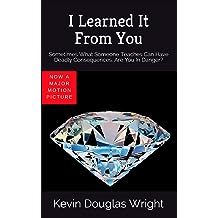 I Learned It From You: Sometimes What Someone Teaches Can Have Deadly Consequences. Are You In Danger? (Documentary Film Book 1) Jul 25, 2019
by Kevin Douglas Wright
( 2 )
$4.99

This book is based on the 2019 documentary I Learned It From You, which was Officially Selected by three film festivals.


The film was produced, directed, and written by the author of this book, Kevin Douglas Wright.

In the film and this book, Kevin interviewed six randomly selected people who were born between 1946 and 1953. He asked each of the interviewees the same six questions:


As each interview unfolds and each question is answered by each interviewee, their real-life stories consistently reveal someone teaching something that has been responsible for destroying people, cities, states, and countries, in front of our eyes, for hundreds of years.

The overall result of these interviews is that it is unbelievable how different people from different walks of life describe virtually identical negative experiences and feelings when answering these six simple questions.

The world we live in today is extremely fast-paced. We do not have a lot of time. It is not easy for most of us to quickly get a civil rights lesson and read all of the history about:

This book provides a snapshot of deeply rooted issues from six real people who have experienced the practices of discrimination and racism all of their lives. These six interviewees were born during the 1940s and 1950s [in 2019 their ages ranged from 66 to 73 years of age]. Their lives have been informed and governed by these practices.

Why does this story need to be told? At some point in our lives we will eventually have to decide the best way to handle or respond to an important issue, incident, or event. We may not have the time to jump on the Internet and spend hours, days, or weeks in an attempt to get a deeper understanding of every angle of discrimination and racism. 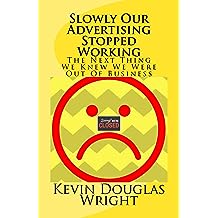 Slowly Our Advertising Stopped Working: The Next Thing We Knew We Were Out Of Business (Business & Money > Advanced Advertising Campaigns Book 1) Jan 6, 2017
by Kevin Douglas Wright
$3.99
On the edge of a life-threatening decline in sales, a slow-to-react management team reluctantly explores new places to advertise. When sales drop to never-seen-before low levels, the management team must change and use new, Advanced Advertising Campaigns or ignore change and watch their company go out of business.

After reading this book, you will have...

1. Discovered one of the best ways to find other advertising agencies that use something similar to Advanced Advertising Campaigns.

2. Discovered at least one resource, KDWAA, as a starting point to attack advertising problems without using traditional advertising as a solution.
Read more
Other Formats: Paperback 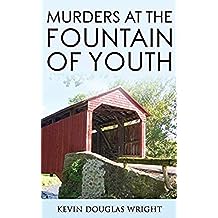 Murders at the Fountain of Youth (Mystery, Murder, Suspense, and Private Investigators Book 2) Sep 16, 2016
by Kevin Douglas Wright
( 8 )
$3.99
What do you know about The Fountain of Youth? Did it really exist? Discover the story behind the Fountain of Youth. Where was it? Where is it today? Take a trip back in time. This is the story of a struggling private investigator hired to solve a murder mystery, challenged to be fair, and trusted to save a village full of innocent people including her daughter.
Read more
Other Formats: Paperback 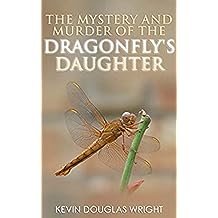 Why buy this book? Discover more below...

Do you have time to search for the next great book and next great author in Literature & Fiction?

Here is the easy way to save time…it’s very simple: Define Suspense. Why suspense?

It’s Suspense that makes almost all books a "good read" or a "bad read". This book is one of the best mystery thriller books and it simply defines suspense.

You are busy like everyone else and you want to avoid making a big effort to find one of the best selling mystery authors.

Now…you can save your time and energy because you have just discovered one of the best suspense books.

Do you like to be comfortable when reading a new book? Yes, we all do!

What exactly makes you comfortable? When you ask the best online book clubs this same question, here is what they will tell you.

Those first few words of a book…those first few pages…if they are good…if they are interesting…they make you feel so comfortable and relaxed that you just escape into another world…it’s a very enjoyable experience.

Here’s your chance to sit back and get comfortable while you read one of the best suspense thriller books. It’s soon to be one of the top murder mystery books.

When you buy top mystery books, shouldn’t it be a book that is a timeless classic…you know, the type of book recommended by a book of month club as a top choice?

When you talk about this book as one of the best mystery series books, your friends, family, relatives, and co-workers should easily join in the conversation because this is one of the greatest stories ever told.

There is nothing worse than selecting a book that’s quickly “out-of-style” or that was “just a fad” or that does not “live on forever”.

This is one of the best detective books written by one of the most talented new, murder mystery authors.

Book of the Month Clubs are quickly discovering that the author of this book is rising to the top of book genres like Private Investigators and other popular genres like Mystery, Thriller and Suspense.

When buying the best new thriller books, there is nothing better than buying one with an awesome book cover that quickly brings back memories of your favorite parts inside the book.

Book Clubs online, around the world, have discovered that this book is becoming one of the most popular mystery books.

Do you want one of the best detective series books that you can enjoy completely?

This is soon to be a favorite top book club books because this author was able to create a detective series that is also one of the most funny mystery books. That’s not easy to do!

When talking about the top book club choices and great thrillers, you will soon be imagining which superstar-celebrities might play some of the characters in this book. Let us know!

It’s true. After a great thriller becomes one of the good crime books of all time, we all begin to hope it’s turned into a movie with our favorite actors and actresses.

Ask any literary book club in the world about good murder mystery books and they will tell you there is nothing worse than buying a bad one.
Read more
Other Formats: Paperback 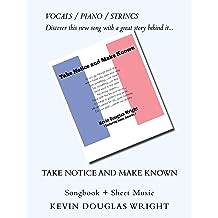 Take Notice and Make Known (Vocals/Piano/Strings): Songbook + Sheet Music Apr 20, 2016
by Kevin Douglas Wright
$3.99
This is a songbook + sheet music with vocal, piano, and string arrangements. It is a ballad played at 55 BPM (beats per minute).

This song is great for vocalists and singers that sing soprano or alto.

In addition, this is great for artists, musicians, and performers who play the violin (violinist), viola (violist), cello (cellist), violoncello (violoncellist), piano (pianist), or keyboard (keyboardist).

Here are a few words used to describe this song and the emotional impact the song delivers, "the song, such an impact on everybody especially victims…meaningful song…it’s that beautiful you gotta hear it twice…"

"...what a beautiful song and vocal (lyrics) gave me a lump in my throat.. wow…"
Read more
Other Formats: Paperback 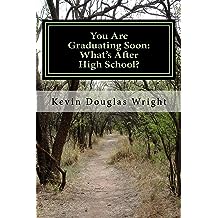 You Are Graduating Soon: What's After High School?: Free Education Online www.EducateZap.com Oct 9, 2014
by Kevin Douglas Wright
( 6 )
$3.99
Do you want to make more money? Improve your life? Meet new people? Find a boyfriend/girlfriend? Get a better job? Go to college? Yes? Then this booklet is one of the best places to start.