You've subscribed to The Billionaire Series! We will preorder your items within 24 hours of when they become available. When new books are released, we'll charge your default payment method for the lowest price available during the pre-order period.
Update your device or payment method, cancel individual pre-orders or your subscription at
Your Memberships & Subscriptions
There was an error. We were unable to process your subscription due to an error. Please refresh and try again. 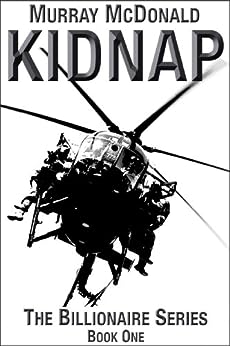 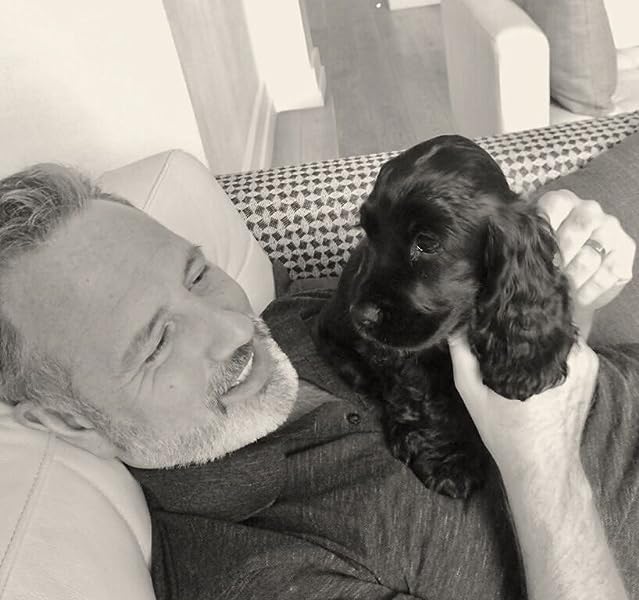 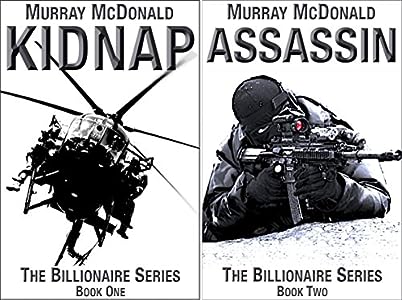 WOW
This book was great. If I could give it six stars I would. The characters are well developed and the plot is extremely interesting. This book is the best action/spy book I have ever read. It is a page turner that keeps you interested and guessing throughout the whole book.

Awesome!
A great book! I like that its not cheezy and un-realistic like most books like this one. I'd recommend to anyone who likes fast paced stories with unexpected twists in them

Amazing
This book was just what I was looking for after finishing the Alex Rider series. It has the same action and excitement. This book was really great.

Excellent =)
This book is one of the best I have ever read, the storyline just flowed from one situation to another so easily.
I didn't once want to put the book down (probably why i'm so tired). The book is excellently written and is a great combination of action and suspense. Twists in the story appear just as you think things have started to settle, pulling you further into the story, stopping you from putting the book down. Everything about the story is so well thought out you'd think you were part of the story.
I absolutely loved this book and can't wait to read the sequel; Assassin.

3.9 out of 5 stars
3.9 out of 5
104 global ratings
How are ratings calculated?
To calculate the overall star rating and percentage breakdown by star, we don’t use a simple average. Instead, our system considers things like how recent a review is and if the reviewer bought the item on Amazon. It also analyzes reviews to verify trustworthiness.
Top reviews

pattin
4.0 out of 5 stars Kidnap
Reviewed in the United States on August 2, 2021
Verified Purchase
Excellent book although somewhat. Children' 2 13 years old are capable of. Maybe unbelievable.but made a good read and like this author
Read more
Helpful
Report abuse

R. Frazier
5.0 out of 5 stars An Incredible Storyline that Kept Me Guessing Until the Very Last Page!
Reviewed in the United States on June 12, 2013
Verified Purchase
The novel's description intrigued me into purchasing this excellent book within seconds.

In the course of reading this novel, there was an extremely descriptive and informational storyline that kept me wanting to read more and more for hours on end. There were several hidden plots that were revealed at the perfect times, making me scratch my head thinking why I didn't make the connection earlier... Simply genius planning and story writing!

As I have just finished the first book in "The Billionaire Series", I am extremely eager to start reading the second book shortly and find out what else Mr. McDonald has in store for me!

I recommend this book to anyone who enjoys reading about extreme wealth and an intense travel and chase around the world... Including tons of action, suspense and mystery!

JohnPal
3.0 out of 5 stars Rich man's story
Reviewed in the United States on March 14, 2013
Verified Purchase
Meant for wealthy teens, this story has characters who are Too Rich, Too unbelievable worldwide resources, a little Island filled a community of powerful Kung Foo'ers, Too weird of a motivation based on a possible outcome for the bad guys, etc. BUT, I read the whole book. I won't get the next sequil book though.
Read more
One person found this helpful
Helpful
Report abuse

Lionne
5.0 out of 5 stars Rip-roaring
Reviewed in the United States on October 17, 2011
Verified Purchase
This is a fast-paced story of adventure on an international scale, full of action involving hi-tech equipment and weaponry, and it's also good to see a thirteen-year-old girl holding her own in mortal combat with dangerous criminals. For a tale of dramatic escapes and glorious revenge in exotic settings, look no further. This is certainly a book for young adults.
Read more
5 people found this helpful
Helpful
Report abuse

Dedubv
3.0 out of 5 stars Dedubv review of kidnap
Reviewed in the United States on June 14, 2016
Verified Purchase
To be honest this book did not come up to the level of earlier ones.too much to do with cleaver kids on stupid island with clumsy bad guys
Read more
Helpful
Report abuse

T. Hanley
5.0 out of 5 stars Really enjoyed this book
Reviewed in the United States on March 10, 2015
Verified Purchase
Really enjoyed this book. Bought this and the next one. Only problem is that the story line on the second ends with a "cliffhanger" and there is no third book in the series. Excellent book for Tween, and a good easy read for adults.
Read more
Helpful
Report abuse

Dr. Dad
5.0 out of 5 stars A mix of action, drama, intrigue, and preadolescent angst
Reviewed in the United States on June 10, 2014
Verified Purchase
McDonald reassembles the Islanders to thwart a devious plot to kill the Kennedy's and the children of the most powerful families in the world collaborate to save the day in this latest installment. It is a fun read for summer.
Read more
Helpful
Report abuse

Ann Louise
5.0 out of 5 stars Kidnap
Reviewed in the United States on February 26, 2013
Verified Purchase
This is a great start for The Billionaire series. The ultra-talented characters are well-developed, and the plot moves ahead with speed and skill. Murray McDonald has become one of my favorite authors.
Read more
Helpful
Report abuse
See all reviews

TJ
5.0 out of 5 stars Not just a kids book!
Reviewed in the United Kingdom on October 17, 2012
Verified Purchase
There are two things I just need point out.

1. I have ready everything Murry has avlaible on Kindle
2. I am 30 years old!

This is not a just a kids book, although if you have them then you would be well advised to put this under their nose - just don't be surprised when they start expecting jumbo jets as Christmas presents!

The story and the premise is a little unrealistic and as the book is primarily in the young fiction genre this isn't a surprise. I think its important the we not forget what fiction is about - escapism and entertainment and in these areas this book delivers by the truck load!

If you can get past the whole, richest boy in the world who happens to have an adopted sister, who happens to be part of a secret tribe, who happen to be the deadliest fighters n the world then the book is a total joy. One of the elements I like about it is that the kids appreciate the importance of study, their smart and like being smart and are not ashamed of it. What more could you ask children to aspire to. Another interesting angle is that the boy relies on his sister as the "brawn", we are lead to believe she is basically capable of beating up anyone on the planet yet acts with restraint and merely defends those that need defending.

Although primarily an action book this has a lot about being a good person and even touches on the notion of a social conscious. As someone who struggled with reading as a teenager I read this book wishing it had been around when I needed it. Getting kids/teens to read is purely and solely about entertaining them and this is a winner in this field.

Oh and at the price it's a steal!

Mr. C
4.0 out of 5 stars Good, But.
Reviewed in the United Kingdom on September 21, 2012
Verified Purchase
I have to admit I didn't realise it was for kids.

The plot itself is very good and would make a really good adult book. Some things are very farfetched in this book but being for kids then thats not too bad.

However, I did get very annoyed with it about 3/4 through when every paragraph for about 10 pages switched to a different location and it got very confusing.

Otherwise a pretty good book, with a lot of things I like, such as aircraft, guns and people beating up neds!)
Read more
Report abuse

Kindle Customer
5.0 out of 5 stars Excellent story
Reviewed in the United Kingdom on April 12, 2013
Verified Purchase
pity amazon do not recommend books in the correct order of writing It was after reading it I foung there was a previous story by the same author and further books preceeding it I have purchased the complete series J.Rowe
Read more
Report abuse

Larry
3.0 out of 5 stars Three Stars
Reviewed in the United Kingdom on November 25, 2014
Verified Purchase
The book was a good read.
Read more
Report abuse
See all reviews