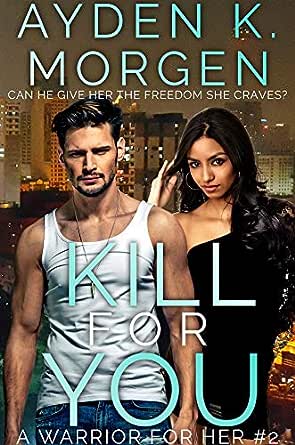 You've subscribed to A Warrior for Her! We will preorder your items within 24 hours of when they become available. When new books are released, we'll charge your default payment method for the lowest price available during the pre-order period.
Update your device or payment method, cancel individual pre-orders or your subscription at
Your Memberships & Subscriptions
There was an error. We were unable to process your subscription due to an error. Please refresh and try again. 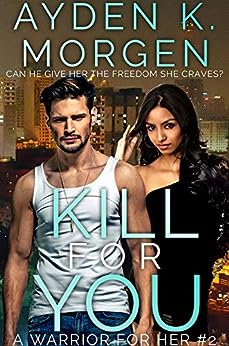 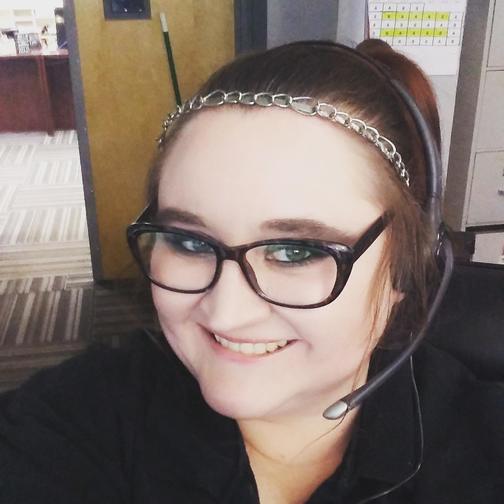 Kill for You: A Gritty Federal Agent Romantic Suspense Novel (A Warrior for Her) Kindle Edition 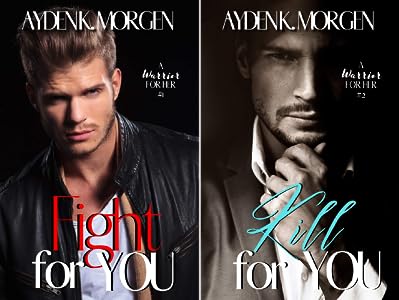 "The characters are tough and gritty; the action is fast and startling; sparks between Faith and Octavio are hot. Add to that a mystery as to Faith's importance, making this a fabulous crime story." - Readers' Favorite Five Star Review
"If you like gritty romance with plenty of suspense and a hero that's a balance of swoony and lethal with an edge, you need this book!" - Dirty Girl Romance Book Blog
"Five wonderful, well written and enjoyable stars from me. Romantic suspense fans you don't wanna miss this one, I'm just sayin'." - Author Kim Knight, Bookbub Review
"This is a fast-paced, seductive thrill ride of a story - one I highly recommend!" - Author Jeanne McDonald, Goodreads Review

4.6 out of 5 stars
4.6 out of 5
23 customer ratings
How does Amazon calculate star ratings?
Amazon calculates a product’s star ratings based on a machine learned model instead of a raw data average. The model takes into account factors including the age of a rating, whether the ratings are from verified purchasers, and factors that establish reviewer trustworthiness.
Top reviews

Angie_stl
5.0 out of 5 stars A Warrior For Her
Reviewed in the United States on March 17, 2020
Verified Purchase
Kill For You features Octavio Hernandez and Faith Donovan, who have been in parts of the Her Best Friend's Father series and Fight For You. Octavio is a detective with the Lost Angeles Police Department and is terribly overworked. Faith works as a bartender in a gang controlled bar, where she receives no pay check for her troubles, but at least she's not cooking and cleaning for the gang boss when she's tending bar!! This book absolutely could be read as a stand alone, but you get so much more out of it if you read the Teplo Trilogy, Her Best Friend's Father series and Fight For You. And the majority of the characters from the previous books, at least the ones still alive, come back to visit in this book. The only two good guys that didn't make an appearance at all were Tristan and Lillian from Teplo.

Now that the who is out of the way, let's go for the what. Faith and O meet when he's called to a mass shooting at the bar Faith works at. Hot mess! People shot, dying or dead all over the place. Faith agrees to help identify the people that the police didn't have info on, which made the gang that kept her as a slave mad. From there on, as we get to know Faith, we learn about what kind of life a cartel or gang slave, that's not used for prostitution, is like. I can tell you, you probably want some tissues nearby. It's not even just the gang that abused her, but her own mother. Emotional abuse was happening even more often than the physical abuse! This book wrecked me!! And it was amazing!! If you've ever liked anything by Ayden, you should get this and read it!! It is worth it. Since its a novel, everything is out to a bit faster pace than what you'd expect in real life, but Faith goes through all the stages. It makes your heart bleed for this fictional character. The signs of a truly amazing author is her to g the reader to feel what the character is going through, and Ayden is all over that!!

If you like dramatic romance about some cops that make a difference every time they put their badge on, this is the book for you!! It is extra steamy in places, but not gratuitously. A++ book!!
Read more
One person found this helpful
Helpful
Comment Report abuse

Kentucky Bohemian
4.0 out of 5 stars "She sees things most don't, remembers what most forget."
Reviewed in the United States on March 25, 2020
Verified Purchase
Ever had a hard day? Ever felt like life was harder than it should be? Me too. But after reading this story, I'm rethinking my whining ways. Faith is a woman who's had hard days. Every single day that she draws a breath, her life is harder than it should be. Because Faith is a victim of human trafficking.

You may think you've heard a story like Faith's before. But you probably haven't. She wasn't kidnapped to be someone's sex slave. Her owner has a completely different, yet still grossly nefarious plan to make her life hell. Her story...I've got a dozen clichés that just don't do it justice. It's horrifying, inhuman, wrong.

As if her life wasn't enough, Faith is caught in the middle of a shoot out between rival gangs. Following this storm of lead, still in shock and awaiting medical attention, she is approached by a man different than any she has ever known. He tells her his name is Octavio: an emperor's name. Powerful and true. All she knows is her life will never be the same again.

Faith sees a strong, gorgeous, confident man who wants to get her out of her current circumstances, offering her safety. The reader soon sees so much more in this conquering hero. He has such a strong protective gene, he'll stop at nothing to keep her safe. He sees her as so much more than a mere victim- he sees a strong survivor willing to help stop the madness to save others. Together, they're a force to be reckoned with. Their immediate sexual tension is superbly written and shines throughout the story line. Octavio's heart is pure gold, making him the perfect man for Faith.

This gritty novel pulls no punches. The reader will be taken to the underbelly of society with Faith and experience her trauma. The plot is intense, gory, hateful, psychotic, and visceral. But it's also glorious, full of heart and hope, and a reminder of the supreme power of love. Awesome.
Read more
One person found this helpful
Helpful
Comment Report abuse

The Eclectic Review
4.0 out of 5 stars A fast-paced and powerful continuance of the series
Reviewed in the United States on May 21, 2020
Verified Purchase
When a young woman held against her will by the cartel for years is caught in deadly crossfire during a gang war, she doesn't expect to be saved by a hot detective who is determined to keep her safe.

Book 2 of the A Warrior for Her series is my second novel by the author and my review for Book 1 of the series, can be found at Fight For You. Ms. Morgen's books are full of hot alpha males and vulnerable, yet feisty, females. Her books also have a number of great supporting characters. Some from book 1 and some new ones I would like to see in their own novel.

All Faith Donovan wants is her freedom. She has lived a terrifying life. First, at the hands of an abusive mother who abandoned her and then left her to fend for herself with a deadly gang called the Zetas who have starved and terrorized her since the age of sixteen. When a gang shooting breaks out, she is questioned by the handsome and kind LAPD Detective Octavio Hernandez and Faith decides to tell him everything even though it most likely means death for her. Under Octavio's protection, she learns to trust and care for someone for the first time in her life. But he can't protect her. The Zetas, will be coming for her.

Octavio Hernandez had never met anyone like the brave and beautiful Faith Donovan. She is apparently a slave held in captivity and forced to work for the cartel-owned gang, and she is willing to risk her life to give the police all the dirt on the Zetas. Why does he feel so protective of this "angel of mercy" and why does he so fiercely want to give her so much more than his protection? She's a witness. He's a cop. He takes his job seriously...but she's so tempting.

Faith and Octavio's story is a delicate dance between getting her to talk and fighting their overwhelming attraction. She is fragile and stubborn, and he is controlling and compassionate. It's a recipe for some very passionate lovemaking and heartbreaking secrets. The extremely volatile threat to Faith's life is a suspenseful element to the story which leaves the reader on edge wondering if either of the characters will get hurt. The wonderful and diverse supporting characters, Mila, Roman, Luke, Finn, Knox, January, and Kincaid, are a great addition to the story and bring more depth to Faith and Octavio's lives.

Overall, this is a fast-paced and powerful continuance of the series. In true Morgen fashion, she tackles the issues of human trafficking and slavery head-on with no holds barred. and I look forward to reading more in this very suspenseful and sexy series.

In addition, let me commend the author on giving 100% of the proceeds of this book to Operation Underground Railroad on March 17 to help end human trafficking and slavery. If you would like to donate, please see more information below.

Thank you to Ms. Morgen for giving me the opportunity to read this book with no expectation of a positive review.
Read more
Helpful
Comment Report abuse
See all reviews from the United States