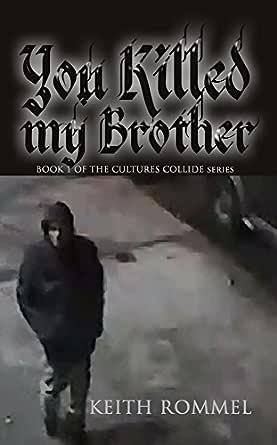 You've subscribed to Cultures Collide! We will preorder your items within 24 hours of when they become available. When new books are released, we'll charge your default payment method for the lowest price available during the pre-order period.
Update your device or payment method, cancel individual pre-orders or your subscription at
Your Memberships & Subscriptions
There was an error. We were unable to process your subscription due to an error. Please refresh and try again. 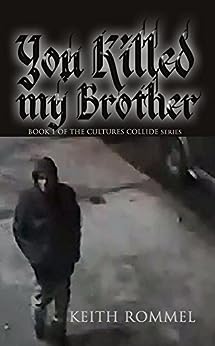 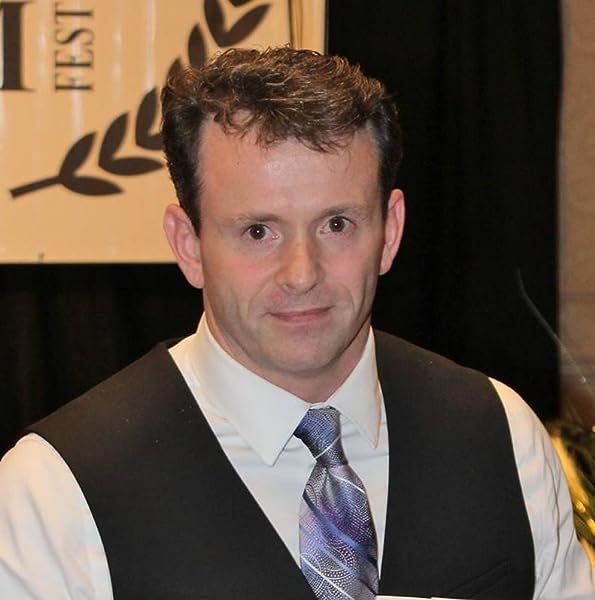 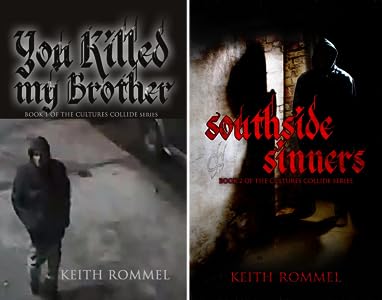 This is book 1 of 3. The rich and privileged against a local street gang. Get ready for some mayhem.

Get the newsletter by going to: http//keithrommel.com and stay current on all things happening with new releases, movie releases and contests.

Keith is an award winning author and screenwriter. He has won best book of the year (The Devil Tree, 2015), best Feature Film screenplay of the year (The Cursed Man, 2016, 2017), best Feature Film screenplay (The Lurking Man, 2017, 2018), best Feature Screenplay (The Sinful Man, 2017). Keith's movies have garnished 116 first place awards and 53 nominations as they continue to build momentum to their public release which is drawing near, expecting a mid & late 2018 release.
His writing has been called, "Horror for the curious mind." ~ Find out why...
Suspense/psychological/horror
The Cursed Man (book 1) - Now A Motion Picture
The Lurking Man (book 2) - Now A Motion Picture
The Sinful Man (book 3) - Coming As A Major Motion Picture
The Silent Woman (book 4)
Among The People (book 5)
The Book of Sariel (book 6)
Suspense/psychological/occult/legend
The Devil Tree
The Devil Tree II: The Calling
Horror/suspense/mystery/crypto/legend
White River Monster (based off of the Newport Arkansas legend)
Ice Canyon Monster
Crime
You Killed My Brother - Book 1, Cultures Collide
Southside Sinners - Book 2, Cultures Collide
Educational
How I Got Into Hollywood
_______________
|keithrommel.com |
|_______________|

"Keith Rommel has written a suspense story that felt very real and scary. I give it top scores and have added Keith Rommel to my 'not to be missed' authors. You Killed My Brother is a WINNER." - Reviewed by Trudi LoPreto for Readers' Favorite --This text refers to an alternate kindle_edition edition.
Read more

3.8 out of 5 stars
3.8 out of 5
43 global ratings
How are ratings calculated?
To calculate the overall star rating and percentage breakdown by star, we don’t use a simple average. Instead, our system considers things like how recent a review is and if the reviewer bought the item on Amazon. It also analyzes reviews to verify trustworthiness.
Top reviews

My Thoughts after reading.... "You Killed My Brother"

"You Killed My Brother" by Keith Rommel was one of those reads that after reading it you will be left thinking that was truly a read of such bad tragedies that just kept on coming all the way to the end. You will simply not be able to take a breath for more worse to start happening. "You Killed My Brother" is truly one of those kind of read that will have you shaking your head and holding my breath and just saying and even asking did that just happen? Wow! This author really knows who to keep the audience attention with is fast pace that dealt with some very horrible criminals and law abiding citizens dealing with pain and loss. As I was reading "You Killed My Brother" I thought when would enough be enough because the way the read was going enough was never enough. It seem that after one chain reaction starting with Jennifer and her two daughters who were almost in a car accident to another one would start up another reaction and it will continue all the way till the end. Be ready for many twist and turns, mystery, murder and suspense all wrapped up with loss of action to give the reader a read that you will find hard to put down until the end only to get one scary horrible read. You will be left to think does this really happen...Am I dreaming? I will say that this author really jumped around a lot in this novel so you will have to keep up with what, who and what all is going on. I found the characters were a variety of mixture of flawed/good ones, believable, but mainly all were well portrayed and in the end you will get a thriller of a read. I am still dealing with the reality of does this really happen but I am sure deep down the answer is yes as you will see from the read just how and what justice really means to different people. "You Killed My Brother" was definitely a well written novel but it is not for the faint of heart. Be prepared to find the ending.... well this is the part I say you will have to pick up this novel to see for yourself.

Stacie Theis
5.0 out of 5 stars You Killed My Brother
Reviewed in the United States on May 12, 2014
Verified Purchase
You Killed My Brother is a well woven story that has many lives intersecting and converging leaving death, destruction, and heartbreak in its wake. Proving that hindsight is definitely 20/20.

On her way to meet her husband, Ranier, Jennifer has a near collision with a violent gang member bent on ruining someone's day. Fearful for her safety as well as that of her family's, Jennifer fails to report the incident. As fate steps in, this one decision will destroy a handful of lives forever.

You Killed My Brother instantly captured my attention as I was drawn into the tangled web that inevitably leads to unyielding loss. The story focuses on cause and reaction, showing how every choice we make often affects many lives. The quick pace and intriguing story make this a difficult book to put down. I highly recommend picking up a copy of You Killed My Brother.
Read more
2 people found this helpful
Helpful
Comment Report abuse

Nancy Lacey
5.0 out of 5 stars Waiting for Book 2
Reviewed in the United States on September 15, 2016
Verified Purchase
I couldn't put this book down. I needed to see what was going to happen next. My heart was pounding at some parts, I found myself anxiously biting my nails at others. At the end, I found myself yelling at the author for leaving the story hanging. I hate it when that happens.
I will say you ARE left with a lot of questions about the characters and what happens next, but I'm hoping they will be addressed in Book 2.
The only think that was a little confusing, was the focus would be on one character and then it would suddenly change to another. I would have to re-read a paragraph to see where it had actually changed focus. And toward the end, it changes more frequently because of the scene that is transpiring.
BUT, despite that, I loved the book and plan on reading Book 2 (when it comes out), as well as more of Rommel's work. Definitely recommend this to those who like CSI types of stories!
Read more
Helpful
Comment Report abuse

Long Island Mom
5.0 out of 5 stars Better and Better
Reviewed in the United States on July 30, 2014
Verified Purchase
This is the third book of Rommel's that I have read and I am silently thanking my hour long train commute right now. I have never read a book this fast and spent so much time thinking about this story patiently counting down the hours until I could get it back in my hands to continue reading it. Rommel is a gifted writer and keeps his readers charged to turn to the next page. So far, this is my favorite book of his yet and, though, different from his Thantology series, he just shows how talented he is.
Read more
2 people found this helpful
Helpful
Comment Report abuse

workerrn
4.0 out of 5 stars If you like a nice
Reviewed in the United States on July 26, 2014
Verified Purchase
If you like a nice, clean, good guys win ending, you probably won't like this book. It was a book I wanted to read to the finish but I was a little naïve in thinking it would end in a good way. That does not happen in this book, but I guarantee you will want to read it to the end. Will wait for Book 2!!!
Read more
2 people found this helpful
Helpful
Comment Report abuse

Kindle Customer
2.0 out of 5 stars Disappointed
Reviewed in the United States on May 22, 2017
Verified Purchase
Good storyline, cool characters but bad ending....very disappointed. Even if there was a sequel to this I wouldn't bother reading it.
Read more
Helpful
Comment Report abuse

Janet VanMol
5.0 out of 5 stars A page turner!
Reviewed in the United States on May 26, 2013
Verified Purchase
I was immediately drawn into the characters in Keith Rommel's well written & absorbing book, "You Killed My Brother". Every act of friendship & brotherly love, evidence of family bond, courage, desperation, revenge & chaos, has created an emotional & exciting plot. The surprises just keep coming and this reader could not put it down! Well done, Keith, Well done.
Read more
One person found this helpful
Helpful
Comment Report abuse

Margie Prater
5.0 out of 5 stars Loved it
Reviewed in the United States on March 8, 2014
Verified Purchase
It was fantastic! Enjoyed every minute of it. Couldn't put it down. A well written book. I look forward to Rommel's books.
Read more
2 people found this helpful
Helpful
Comment Report abuse
See all reviews