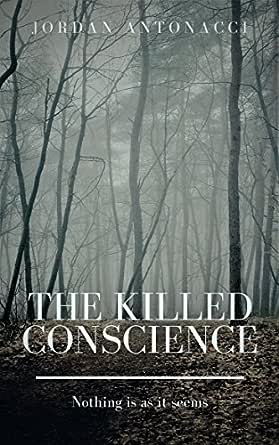 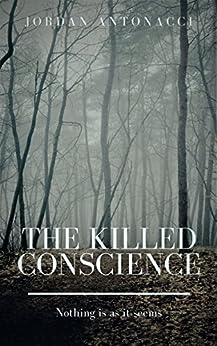 Amazon Customer
5.0 out of 5 stars Omg
Reviewed in the United States on July 25, 2018
Verified Purchase
This was a book I couldn't put down until the last page was finished. There were a lot of twists and turns that will keep you on edge!!!
Read more
Helpful
Report abuse

Lucii book-lover Dixon
4.0 out of 5 stars Gripping and Intriguing
Reviewed in the United States on July 22, 2018
This was a great read and a new author to me. When I was approached with the synopsis, I was excited and fired up. It sounded different, brilliant even.

The author’s writing style was eye catching and gripping, as well as intriguing. You’re definitely pulled into the story from the very first page; hell, from the blurb itself.
The characters were well portrayed, each and every one of them were different with their own intriguing personalities. I loved this story and it shows how much effort the author invested into Emilee’s character. Great story but....

Though I absolutely enjoyed this story the ending wasn’t what I hoped. It was very confusing along with quite a bit of time gaps and discrepancies, some contradictions and mishaps. I was generally disappointed and still completely confused and wished there was that bit more. We’re left with unanswered questions and it’s pretty disappointing.

A lot of the story is based on Emilee’s feelings, and I feel the author may have tried a little too hard with it and injected too many metaphors in where they weren’t needed.

I’d love to read more from this author in the future.

Just a little side note; this should have been picked up from beta readers

* after Emilee grabs the necklace from the shed she goes back to her car and unlocks it. Yet when she got back to the cabin, at first, she left the engine running and the door open.

Literary Gemini
4.0 out of 5 stars Reviewed in exchange for the book
Reviewed in the United States on September 8, 2018
I manage to read this book until 5 am. I'm still trying to figure out how I managed to read through it. The story centers on Emilee, an investigative journalist living in Texas. The story started out strong, but from there was a series of "are you kidding me". Emilee gets a call that sets her on a path to make or break her career. She doesn't immediately jump at the chance, but eventually takes it.

From Texas to Tennessee, Emilee meets up with old friends and creates new enemies. The pace of the book was never slow, it was the telling of the story. Jordan did a great job at keeping the killer hidden, but it's not hard to figure out who the killer is before it's announced.

Dennis T.
4.0 out of 5 stars better known as VDK
Reviewed in the United States on June 27, 2018
Emilee Weathers is fresh out of college, with her newly printed degree in Journalism and in a relationship that has lasted too long past its prime, when she gets a call that will change everything.

Detective Nichols from Knoxville PD has reached out to Emilee because of her investigative skill set, and her ties to her home town of Tennessee. A dangerous convicted serial killer has been granted an appeal and may be released unless Emilee can uncover new and compelling evidence against the notorious Valentine Day Killer, better known as VDK, Patrick Liftmen.

This is the dream shot Emilee has been waiting for, a chance to prove to herself, and her father, that journalism was the right choice. A chance to build her career and an opportunity to be reunited with her childhood friend, Sebastian. As she dives into the details of the case, she realizes that everything is not what it seems. Emilee begins to doubt that the real killer is in custody, and as new victims are unearthed, begins to question her role in the investigation.

Can Emilee find the proof needed to stop a monster from reentering society? Can she find the strength to end her abusive relationship? And, can she sort through her unresolved feelings for her childhood crush?

A Killed Conscious is the second novel by Jordan Antonacci. I confess that I have not read his first book and did not know what to expect of his writing style. What a pleasant surprise! Antonacci balances these storylines beautifully. He easily created suspense and thoughtful characters which propelled the storyline forward. I found myself wondering where the narrative was headed and which, if any, of these characters were truly trustworthy. This was a fast read, which for me is a signal of a great story. I constantly wanted to know what happened next, and there were twists and surprises right up to the last sentence.

The ending is abrupt, so much so that I contacted Jordan to check that I had the entire manuscript! After he assured me that this was, indeed, the end of the novel, I understood and appreciated the tactic.  I will be reading the sequel! I look forward to learning more about Emilee, and enjoying Antonacci’s writing, as he continues to develop as an author.
Read more
Helpful
Report abuse

Jamie
5.0 out of 5 stars Keeps You Guessing!
Reviewed in the United States on July 9, 2018
I was sucked in from the first page.
The Killed Conscience is exactly my kind of book and it’s one that I’ll read again for sure.

Emilee is an up and coming journalist and blogger who works cold cases and writes about them. She’s called by a detective in her hometown to investigate an accused and convicted serial killer’s first court appeal. Little does she know, she’s signing up for the story of a lifetime.

Reuniting with old friends at a cabin in Pigeon Forge seems like the perfect, quiet location to work on her story until the unthinkable happens.

Who is the real VDK (Valentine’s Day killer)? Why do his victims resemble Emilee? What is Detective Nichols holding back?

This is a definite page turner and kept me guessing until the end. I can’t wait to read more from Jordan Antonacci!
Read more
Helpful
Report abuse

Emilee Weathers is trying to make her mark on investigative journalism. She gets an opportunity to go to Pigeon Forge and help gather evidence for the appeal of a convicted serial killer. This piques her interests, as the conviction has never sat well with Emilee. While she's investigating, the body of another victim is discovered, throwing all previous conclusions into question. Emilee unearths more and more disturbing information that rattles her trust of everyone in Pigeon Forge.

This story surprises! I'm a fan of mercurial characters and unpredictable stories, but most important to me is a fresh use of language. The Killed Conscience is smartly written and full of tension.
Read more
Helpful
Report abuse
See all reviews