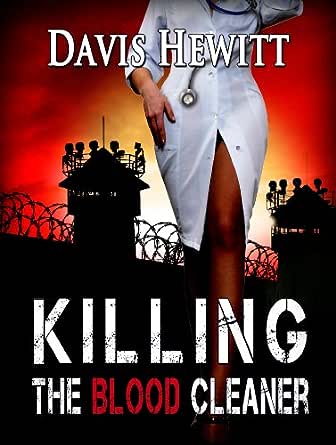 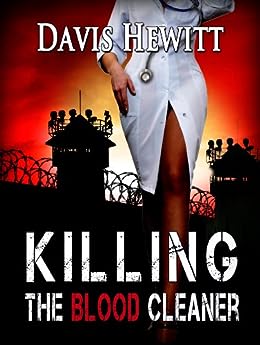 Davis Hewitt is a writer and attorney in Atlanta, Georgia. He is the author of the murder thriller, KILLING THE BLOOD CLEANER. Davis is a former Assistant Attorney General for the State of Georgia and has represented the Georgia Department of Corrections and the Georgia Bureau of Investigation and their wardens, agents and employees in hundreds of cases. He has also been lead counsel in numerous large, class action suits involving the Georgia prison system. To learn more about Davis, his books and events, please visit his blog at davishewitt.com

4.0 out of 5 stars
4 out of 5
45 customer ratings
How does Amazon calculate star ratings?
Amazon calculates a product’s star ratings based on a machine learned model instead of a raw data average. The model takes into account factors including the age of a rating, whether the ratings are from verified purchasers, and factors that establish reviewer trustworthiness.
Top reviews

Silver Screen Videos
2.0 out of 5 stars Too Many Details Spoil the Plot
Reviewed in the United States on March 30, 2014
Verified Purchase
According to his biography, Davis Hewitt is a former Georgia Assistant Attorney General who is very familiar with the Georgia legal system in general and the Department of Corrections in particular. His wealth of knowledge is on display in "Killing the Blood Cleaner." Unfortunately, that knowledge gets in the way of telling his story far too often.

The protagonist of "Blood Cleaner" is Dr. Jack Randolph, an Atlanta physician who happens to be in the wrong place at the wrong time when he is framed for the death of a female friend, courtesy of the woman's employer, a corrupt local sheriff whom the dead woman was about to expose. Randolph agrees to serve as the doctor at the local prison, a post that has been vacant since the previous doctor was murdered by a vicious inmate. There, he gets into more trouble, courtesy of that same inmate and the sheriff.

This plot description might make it seem like the book has a fairly straightforward storyline, when, in actuality, the plot meanders all over. Hewitt apparently views his storyline as an excuse for him to reveal all manner of details about the prison system, corruption in local Georgia politics, the ins and outs of the drug trade, Atlanta high society, the Center for Disease Control, and life in the exclusive resort area of Sea Island. As an Atlanta attorney myself, I found some of this material interesting but almost all of it irrelevant to the plot (such as pages of detailed description of the layout of the maximum security prison, details that do not figure into the plot whatsoever). Others who have less of an interest and a background for the subject matter will probably find it considerably less interesting.

This overabundance of detail, when added to numerous pages of awkward, stilted dialogue (Hewitt uses characters' speeches as an excuse to continue revealing irrelevant plot details), makes it very hard for the reader to get interested in the plot. In the book's first three chapters, there's a potentially riveting sequence in which a prison inmate gets loose in the infirmary and threatens the staff. Unfortunately, this story gets buried under a mountain of extraneous detail. In fact, we have to get nearly halfway into the book before Hewitt begins discussing his central plotline in earnest.

Hewitt has an interesting story to tell here, but it's one that remains obscured for much of the book. Every now and then, he gives readers some plot developments in a straightforward manner, but he then goes off on another tangent to dissipate any sense of building tension. This book was badly in need of some tight editing to prune away some of the excessive tangential descriptions and digressions. As it is, we get some good story telling and some good insider detail, but, all in all, too little of the first and too much of the second.
Read more
2 people found this helpful
Helpful
Comment Report abuse

Amazon Customer
4.0 out of 5 stars Almost as if it were written by two authors...
Reviewed in the United States on January 31, 2014
Verified Purchase
I have mixed feelings about this book. One one hand, the book starts with a violent, brutal scene that is quite shocking. The flow of the story is severely bogged down with unnecessary details. There are pages and pages detailing the prison layout and security and it gets very repetitive. Some descriptions struck me as racist. The meaning of the title isn't even fully revealed until late in the book.

Almost halfway through the story, BAM! all of the characters and story lines finally start to come together (though it took way to long to get to this point). But from here, the book develops into a very interesting and well paced read. The characters are well developed and real. This is where I finally got invested in the story and it did not disappoint.

So if you can hang on through the overly detailed portions, and aren't afraid of a few very violent episodes, the plot is worth the time and money!
Read more
Helpful
Comment Report abuse

Mystery Lover
2.0 out of 5 stars Struggled to finish
Reviewed in the United States on February 11, 2014
Verified Purchase
I was pretty bored with this book. The dialogue between the characters was a bit stiff and I could not image people talking that formal all the time. In the real world, I highly doubt that they would have smoking hot bombshell nurses working at a prison. Seriously! The story just didn't flow very well and not any real element of mystery to be found. i stuck with reading it hoping it would turn around, but never did.
Read more
Helpful
Comment Report abuse

Kindle Customer
VINE VOICE
2.0 out of 5 stars Great story line, but.....
Reviewed in the United States on January 22, 2014
Verified Purchase
Do the people of Georgia speak without using contractions? I really liked the plot, but the stilted speech manners were off putting to me. Also, a Blonde bombshell nurse that flirts with the inmates? In what universe would she not be hit on every time she had to treat the heterosexual patients? Again, liked the premise of the story, just too many contradictions.
Read more
2 people found this helpful
Helpful
Comment Report abuse

Chappy with a Dog
5.0 out of 5 stars A fun, sexy, and exciting story!
Reviewed in the United States on July 23, 2015
Verified Purchase
Who knew working at a maximum security prison could be so exciting and sexy? Added to this mix, dirty cops get their due as well! I once read in order to make fiction believable it must contain a certain mix of truth, obviously Mr. Hewitt discovered the right mixture. Intrigue, passion, suspense and laughter await the reader. Kick back and enjoy!
Read more
Helpful
Comment Report abuse

odderbuddy
4.0 out of 5 stars Decent leisure read
Reviewed in the United States on March 24, 2014
Verified Purchase
This was a fun read for me as I like medical-themed thrillers. The main character is a bit of a moron and a sexist. Much of the characters in-head sexual cross-thinking is a bit much. Not to mention the fact that drunk driving seems to somehow get a glossed over moral pass in this book. But if you can get past that, the book is a decent read and pretty fast paced. I read it in an afternoon and a half.
Read more
Helpful
Comment Report abuse

Chloe Cuthbert
5.0 out of 5 stars Couldn't wait to finish this novel
Reviewed in the United States on January 13, 2014
Verified Purchase
The characters in this novel were well written; the author made you feel like you were really getting to know them like real people, you couldn't help but want to move forward with them and see where things went. The story flowed well, created drama to keep you intrigued, and made you want more. Excellent novel, would recommend to anyone interested in thriller/mysteries with mild romance involved.
Read more
Helpful
Comment Report abuse

atabarac
3.0 out of 5 stars JUST OK FOR ME
Reviewed in the United States on September 14, 2015
Verified Purchase
This book was OK for me. Found myself skimming at points. Writing was a little stilted at times. Characters were OK, little over the top with the "blonde bombshell" prison clinic nurse.
Read more
Helpful
Comment Report abuse
See all reviews from the United States