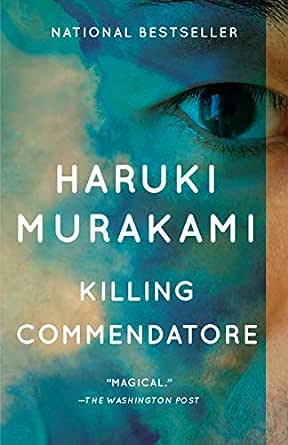 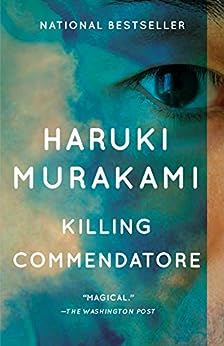 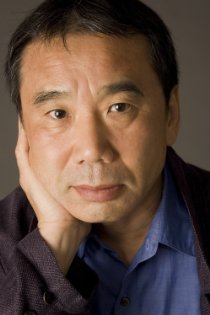 “Some novelists hold a mirror up to the world and some, like Haruki Murakami, use the mirror as a portal to a universe hidden beyond it.” —The Wall Street Journal

“[Murakami] is as masterful as ever.” —Houston Chronicle

“A spellbinding parable of art, history, and human loneliness.” —O, The Oprah Magazine

“The product of a singular imagination.” —San Francisco Chronicle

“Beguiling. . . . Murakami is brilliant.” —The Guardian

“[A] sprawling, uncanny epic. . . . A time-traveling tale of loss, longing, and the creation of art—with an ample dash of Murakami’s trademark deadpan humor.” —Vanity Fair

“A perfect balance of tradition and individual talent. . . . Murakami dancing along ‘the inky blackness of the Path of Metaphor’ is like Fred Astaire dancing across a floor, then up the walls and onto the ceiling.” —The Spectator

“[Murakami] once more explicates the seemingly impossible with such thorough, exacting conviction to make believers of us all.” —The Christian Science Monitor

“No other author mixes domestic, fantastic and esoteric elements into such weirdly bewitching shades. . . . Just as [Murakami] straddles barriers dividing high art from mass entertainment, so he suspends borders between east and west.” —Financial Times

“[Killing Commendatore] marks the return of a master.” —Esquire

“The complex landscape that Murakami assembles in Killing Commendatore is a word portrait of the artist’s inner life.” —The Times Literary Supplement

“Its size, beauty, and concerns with lust and war bring us back to the vividness and scale of [Murakami’s] 1997 epic, The Wind-up Bird Chronicle.’’ —The Boston Globe

“Wild, thrilling. . . . Murakami is a master storyteller and he knows how to keep us hooked. . . . What makes his voice so distinctive, and so captivating, is the mix of precise observation, clarity and deadpan humour.” —The Sunday Times (London)

HARUKI MURAKAMI was born in Kyoto in 1949 and now lives near Tokyo. His work has been translated into more than fifty languages, and the most recent of his many international honors is the Hans Christian Andersen Literature Award, whose previous recipients include J. K. Rowling, Isabel Allende, and Salman Rushdie. harukimurakami.com --This text refers to an alternate kindle_edition edition.

Today when I awoke from a nap the faceless man was there before me. He was seated on the chair across from the sofa I’d been sleeping on, staring straight at me with a pair of imaginary eyes in a face that wasn’t.

The man was tall, and he was dressed the same as when I had seen him last. His face-that-wasn’t-a-face was half hidden by a wide-brimmed black hat, and he had on a long, equally dark coat.

“I came here so you could draw my portrait,” the faceless man said, after he’d made sure I was fully awake. His voice was low, toneless, flat. “You promised you would. You remember?”

“Yes, I remember. But I couldn’t draw it then because I didn’t have any paper,” I said. My voice, too, was toneless and flat. “So to make up for it I gave you a little penguin charm.”

“Yes, I brought it with me,” he said, and held out his right hand. In his hand—which was extremely long—he held a small plastic penguin, the kind you often see attached to a cell phone strap as a good-luck charm. He dropped it on top of the glass coffee table, where it landed with a small clunk.

“I’m returning this. You probably need it. This little penguin will be the charm that should protect those you love. In exchange, I want you to draw my portrait.”

I was perplexed. “I get it, but I’ve never drawn a portrait of a person without a face.”

My throat was parched.

“From what I hear, you’re an outstanding portrait artist. And there’s a first time for everything,” the faceless man said. And then he laughed. At least, I think he did. That laugh-like voice was like the empty sound of wind blowing up from deep inside a cavern.

He took off the hat that hid half of his face. Where the face should have been, there was nothing, just the slow whirl of a fog.

I stood up and retrieved a sketchbook and a soft pencil from my studio. I sat back down on the sofa, ready to draw a portrait of the man with no face. But I had no idea where to begin, or how to get started. There was only a void, and how are you supposed to give form to something that does not exist? And the milky fog that surrounded the void was continually changing shape.

My heart was beating dully inside my chest. I didn’t have much time. I had to hurry. But my fingers holding the pencil just hung there in midair, immobilized. It was as though everything from my wrist down into my hand were numb. There were several people I had to protect, and all I was able to do was draw pictures. Even so, there was no way I could draw him. I stared at the whirling fog. “I’m sorry, but your time’s up,” the man without a face said a little while later. From his faceless mouth, he let out a deep breath, like pale fog hovering over a river.

“Please wait. If you give me just a little more time—”

The man put his black hat back on, once again hiding half of his face.“One day I’ll visit you again. Maybe by then you’ll be able to draw me. Until then, I’ll keep this penguin charm.”

Then he vanished. Like a mist suddenly blown away by a freshening breeze, he vanished into thin air. All that remained was the unoccupied chair and the glass table. The penguin charm was gone from the tabletop.

It all seemed like a short dream. But I knew very well that it wasn’t. If this was a dream, then the world I’m living in itself must all be a dream.

Maybe someday I’ll be able to draw a portrait of nothingness. Just like another artist was able to complete a painting titled Killing Commendatore. But to do so I would need time to get to that point. I would have to have time on my side. --This text refers to an alternate kindle_edition edition.
Read more