Killing the Mob: The Fight Against Organized Crime in Ame... and millions of other books are available for Amazon Kindle. Learn more
Share <Embed> 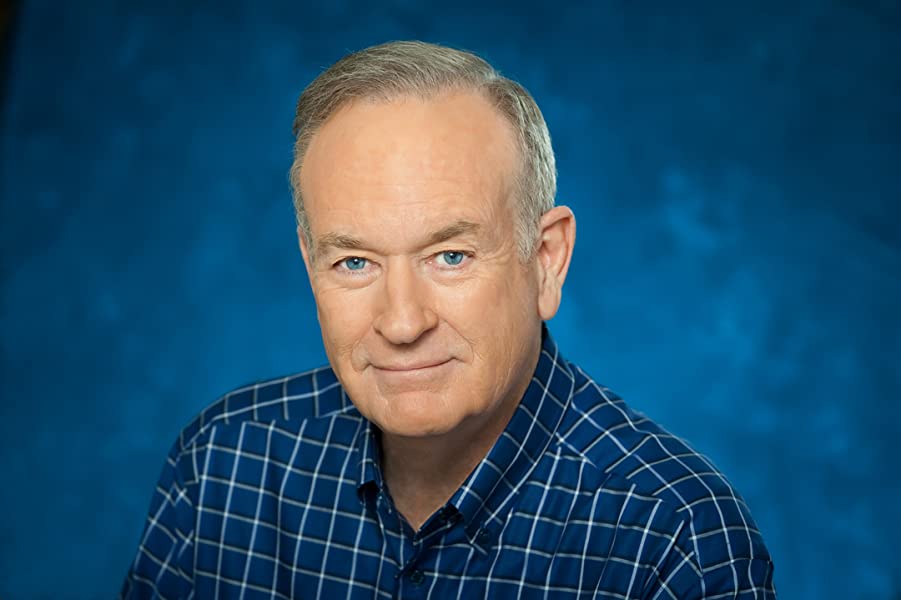 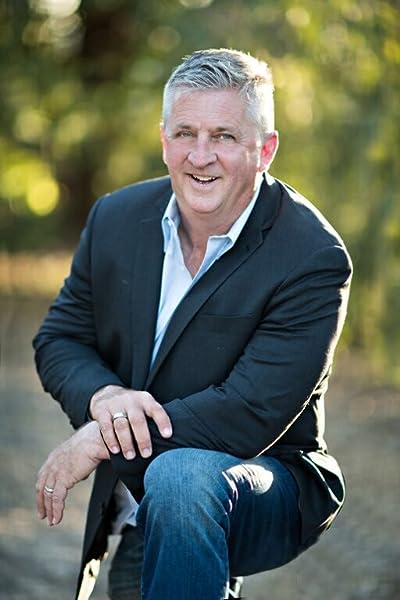 Killing the Mob: The Fight Against Organized Crime in America (Bill O'Reilly's Killing Series) Hardcover – May 4, 2021

Get 3 for the price of 2. Shop items
Great on Kindle
Great Experience. Great Value.

BILL O’REILLY’s success in broadcasting and publishing is unmatched. He was the iconic anchor of The O'Reilly Factor, the highest-rated cable news broadcast in the nation for 16 consecutive years. His website BillOReilly.com is followed by millions all over the world, his No Spin News is broadcast weekday nights at 8 and 11 (ET) on The First TV, and his O’Reilly Update is heard weekdays on more than 225 radio stations across the country. He has authored an astonishing fifteen #1 bestsellers; his historical Killing series is the bestselling nonfiction series of all time, with nearly 18 million books in print. O’Reilly has received a number of journalism accolades, including three Emmys and two Emmy nominations. He holds a History degree from Marist College, a master's degree in Broadcast Journalism from Boston University, and a master’s degree from Harvard’s John F. Kennedy School of Government. O’Reilly lives on Long Island where he was raised. His philanthropic enterprises have raised tens of millions for people in need and wounded American veterans.

MARTIN DUGARD is the New York Times bestselling author of several books of history, among them the Killing series, Into Africa, and The Explorers. He and his wife live in Southern California with their three sons.

Start reading Killing the Mob on your Kindle in under a minute.

4.5 out of 5 stars
4.5 out of 5
3,718 global ratings
How are ratings calculated?
To calculate the overall star rating and percentage breakdown by star, we don’t use a simple average. Instead, our system considers things like how recent a review is and if the reviewer bought the item on Amazon. It also analyzes reviews to verify trustworthiness.

Lorraine Kaack
5.0 out of 5 stars Factual
Reviewed in the United States on May 4, 2021
Verified Purchase
Well written. Sources cited. Each killing book gets better. Factual as always. Killing series are so well written should be part of education in schools
Read more
70 people found this helpful
Helpful
Report abuse

linda galella
HALL OF FAMETOP 10 REVIEWERVINE VOICE
5.0 out of 5 stars Riveting!
Reviewed in the United States on May 4, 2021
Verified Purchase
From John Dillinger to Donnie Brasco, Bill O’Reilly & Martin Dugard expound the stories behind the stories you know about famous gangsters from the 30’s and organized crime figures into the mid 80’s.

Part 1 is titled: GUNSLINGERS and includes criminal like Dillinger, Bonnie & Clyde, Pretty Boy Floyd and a few others. Also introduced as a young lawyer is J. Edgar Hoover. He’s a key character for the majority of this book and seeing the changes in him thru the years is quite a story in itself. He brings the title “Public Enemy # 1” into existence and turns the pursuit of criminals into a whole new genre of policing and politics.

Part 2 is titled: THE CORRUPTORS which interestingly begins with German Field Marshal Rommel and his need for the Mafia. An interesting story between Hitler, Mussolini and the Sicilian Mafia ensues resulting in many Italian mobsters immigrating to NY as refugees, sidestepping the 1924 Immigration Act and avoiding the need to declare a reason for coming, job status, etc.

Lucky Luciano is the first mob boss in this group and Thomas Dewey is the first corrupt politician tied to him. This is certainly not the last pair! I was stunned by the depth of connections, rather than the corruption itself. It includes Hollywood and Vegas, the entertainment industry in general, almost from day one. Others included in this section are: Joe Lanza, Frank Costello, Vito Genovese, Meyer Lansky, Bugsy Siegel, Al Capone and others.

There’s one story in this section about a Federal Bureau of Narcotics director, Harry Anslinger, who did things in Cuba to rouse Lucky Luciano that made me nauseous. The fact that an unapologetically racist man was permitted to represent the government with his own criminal actions and did them with the knowledge of president Truman is enlightening and sickening.

Part 3 is titled: THE DISRUPTORS and begins with a man I’d never heard of, Sidney Korshak, “ The Fixer”. It’s 1960, JFK is president and Korshak is the most powerful man in Hollywood and possibly far more reaching than that.

The top mob guys, Tommy Roselli and Sam Giancana are both tangled up with the top stars in Hollywood. He’s an attorney who handles the day to day for mobsters and stars alike but is never seen or has his picture taken. He can fix a problem anywhere in the world with a single phone call and his client list is primo: Hilton, Hyatt, Knicks, Rangers, Dogers,Madison Square Garden. There’s a very interesting story about a hit on Desi Arnez!

The Kennedy brothers, Frank Sinatra, Hoover, Giancanna, Carlos Marcelo and New Orleans are a large part of this section. The mob was intimately involved in securing JFK’s election and his execution. RFK is another tangled mess involving lots of players in this book; very interesting reading.

Finishing off the book are Roselli, Giancanna, Hoffa and Donnie Brasco, the undercover agent who infiltrated the mob. Books and movies have been written about this man. O’Reilly boils it down to a succinct few pages that fold into the ending of this incredible book.

Another extraordinary volume in this series, impeccably researched, engrossing as the best crime novel you’ve read, “Killing the Mob” is an eye popper📚

M. Gregorio
2.0 out of 5 stars Disappointing
Reviewed in the United States on May 6, 2021
Verified Purchase
I find this book very disappointing. First of all when I read or hear the word Mob I think of organized crime figures. I do not consider John Dillinger or other bank robbers of that era organized crime figures, the Chicago Outfit mobsters didn't really want anything to do with the bank robbers.
I didn't care for the section regarding Donnie Branco, it could have been more interesting to have a section on Carlo Gambino and his crime family up to John Gotti who was a big plus to actually Killing the Mob.
Read more
43 people found this helpful
Helpful
Report abuse

J. Groen
VINE VOICE
5.0 out of 5 stars Fascinating History of the Mob during its Heyday
Reviewed in the United States on May 4, 2021
The tenth book of Bill O'Reilly and Martin Dugard's "killing" series is a fascinating history of the mob during its heyday, from the period of Al Capone in the late 1920s until the murder of Jimmy Hoffa in the early 1970s. As the authors mention at the end of the book, the mob is still around today, but the code of silence has essentially been broken. The stories and characters are fascinating (sorry for using the word again but is is the best word that I can use to describe this book). "Lucky" Luciano, Sam Giancano, Bugsy Siegel, Vito Genovese, etc. The scope of their control and power was vast from gambling (Las Vegas, etc.), drugs, the waterfront, movies and entertainers, etc. I won't go into more detail, because I don't want to ruin this book, but if you liked The Godfather movies and The Soprano's series, you'll like this book.
Read more
60 people found this helpful
Helpful
Report abuse

K. Harris
2.0 out of 5 stars Rehash of old information some inaccuracies.
Reviewed in the United States on May 13, 2021
Verified Purchase
After reading "Killing Paton" I was eagerly awaiting the latest "Killing" book. After reading it, I was totally disappointed. First all too much space was waisted on thirties outlaws who have been done to death many times over. I found almost no new information about Bonnie and Clyde, Dillinger, and the rest of them. In fact the first inaccuracy I found was the small item about Dillinger's escape from the Lima, Ohio jail in which Sheriff Sarber was murdered. The escape was described as being from a "Small Town" jail in which a deputy was murderer. As I am from that "Small Town" I was disappointed to say the least in this. I guess you could say that I am nit picking, but O'Relly prides himself on being accurate. The second really gross inaccuracy was describing the bullets that killed Bugsy Segal as "Steel Jacked". As an M-1 Carbine was used, and no "Steel Jacked" bullets were ever loaded for this gun, I must assume that the description was added for pure dramatic effect.
I expected more on John Gotti, and the more modern "Mob" that is still in business yet today. It did not appear in this book. I would recommend that you watch God Fellas, the movie about Bugsy Segal, The Discovery Series about the Mob, or even the God Father Series. You will gain almost as much information as there is in this book. Sorry Bill, I truly hope your next offering is a better effort.
Read more
19 people found this helpful
Helpful
Report abuse

Joanna D.
#1 HALL OF FAMETOP 100 REVIEWERVINE VOICE
5.0 out of 5 stars Fantastic research, things you never knew about the mob
Reviewed in the United States on May 5, 2021
Verified Purchase
What happened to the mob aka the mafia? They were once considered to be more powerful than Congress and even had j Edgar Hoover wrapped around their little finger. But when Attorney General Bobby Kennedy went after them and the RICO law was passed, the tables began to turn.

There are a lot of things I had never heard of in this book such as the setup of the fights between Sonny Liston and Muhammad Ali being thrown, and why were the fight and why was the fight held in pokey Lewiston Maine? And many more surprising stories have been dug up and exquisitely researched by Bill O'Reilly. If you are a fan of the great mob films such as Goodfellas, The godfather, Casino, and our favorite TV series Wise Guy, you won't be able to put this down.
Read more
20 people found this helpful
Helpful
Report abuse
See all reviews

Tags that will help you discover similar books. 16 tags
in a seriestrue crimeamericasliterature & fictionpolitics & social sciencesbiographies & memoirsamazon charts bestsellercriminologyprofessionals & academics20th centurystate & localunited statesorganized crimelaw enforcementsocial sciencescrime
Results for:
Page 1 of 1Start overPage 1 of 1
Previous page
Next page
Where do clickable book tags come from?
Book tags are created from a variety of sources, some of which are customer-generated. Amazon is not legally responsible for the accuracy of the tags represented. If you are an author or publisher and would like to remove a tag associated with your title, please contact your vendor manager or publisher support team.
Back to top
Get to Know Us
Make Money with Us
Amazon Payment Products
Let Us Help You
EnglishChoose a language for shopping. United StatesChoose a country/region for shopping.
© 1996-2021, Amazon.com, Inc. or its affiliates