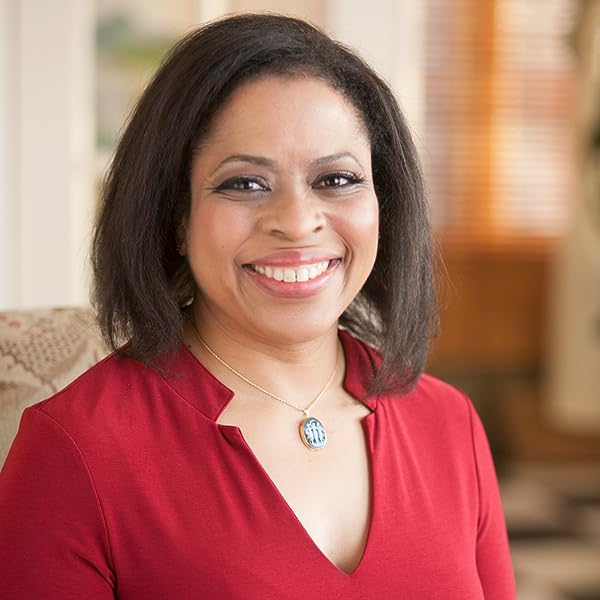 A writer since childhood, Alexia Gordon won her first writing prize in the 6th grade. She continued writing through college but put literary endeavors on hold to finish medical school and Family Medicine residency training. She established her medical career then returned to writing fiction. Raised in the southeast, schooled in the northeast, she relocated to the west where she completed Southern Methodist University’s Writer’s Path program. She admits Texas brisket is as good as Carolina pulled pork. She practices medicine in North Chicago, IL. She enjoys the symphony, art collecting, embroidery, and ghost stories.

Start reading Killing in C Sharp (A Gethsemane Brown Mystery Book 3) on your Kindle in under a minute.

jbmichigan
3.0 out of 5 stars Editing problems interfere with good characters
Reviewed in the United States on August 14, 2020
Verified Purchase
The remarks in my review address all of the first three books in the series. Ms. Gordon is a good writer who can create intriguing characters who keep you coming back - for a time, at least. But these books could be much better if the author had a decent editor. Enjoyment of the characters requires constantly overlooking errors any decent editor could have set to rights. Elements of the story sometimes appear out order (see especially this volume, in which the protagonist at one point stops and thinks about one of the murder victims, who is, unfortunately, not yet dead); certain tropes are overused, relied on in lieu of developing more depth; and many passages meant to fill in background info are repeating info provided several chapters previously. I understand writers do not write books in order, but I shouldn’t be able to recreate the order of writing from the published text. A decent editor can ensure the final story develops in a coherent and unified manner. Beyond the jarring nature of editing problems and numerous lost opportunities to develop her characters more naturally, Gordon’s plot lines and characters even as they are kept me reading through three volumes. Eamon is one of the most delightful and interesting characters I have encountered recently. I’m not into ghosts at all, but he’s a charmer on either side of the Great Divide, and makes me want to see Peter O’Toole cast in the role! Niall and Frankie are also well portrayed, while I was disappointed to feel less persuaded by the protagonist. Don’t get me wrong, she’s a great character and I like her a lot, but what I know about her after three volumes is mostly a set of facts and a catalogue of tics. I know she recites baseball stats to calm herself, I know her temper flares, I know she’s stubborn, but these are things I’m told more than shown. That habit of relying on certain tropes that are repeated throughout each book also affects supporting characters (Niall’s shoe fetish), but it is less bothersome, probably because they are on stage less often. Overall, these books are a pleasant read, but the editing problems made me pause before downloading No. 4, wondering if it’s really worth $5 of my money to read any more of these. For now, the answer is no, which is too bad. There is lots of potential here. And I may change my mind. It took Patricia Wentworth several volumes to really get Miss Silver “right,” so I remain hopeful that Gethsemane Brown will also become one of Murder Mystery’s great sleuths.
Read more
One person found this helpful
Helpful
Comment Report abuse

Michael O
4.0 out of 5 stars A Delightfully Fun and Entertaining Read!
Reviewed in the United States on March 22, 2018
Verified Purchase
Despite a few murders and a vengeful ghost, Killing in C Sharp is a delightfully fun and entertaining read. I found this to be a light-hearted paranormal novel, and I applaud the author for the absence of any gratuitous blood and spooky stuff. There is just enough blood and just enough spooky stuff to tell the story, and that was quite satisfying to me.

Where would a light-hearted paranormal novel be without quirky characters? The cast of this tale does not disappoint.

Gethsemane Brown hails from the US, but now teaches music at a quaint Irish academy. Under ordinary circumstances, she would likely be pretty ordinary, but put her in a house with a ghost she befriends, and give her the reputation of people being murdered whenever she shows up, and the result is a wonderful character that anyone would enjoy spending time with.

Eamon, Gethsemane’s ghost of a friend, meshes with her very nicely. They are both protective of each other, and when one or the other falls into harm’s way, the other is quick to act! This devoted friendship fans the flames of literary conflict and pulls the reader right into the story.

The remainder of the cast includes a local police inspector, some unscrupulous writers, and a whole television crew determined to show the world that ghosts really do exist. All of the characters are gleefully flawed, and some of the backstories are very original. I can’t imagine this story being so good if any one of them was omitted.

There were no SPAG issues worth mentioning. The pace moved along nicely. I thought the character arcs were somewhat unique in that they didn’t go where I thought they would. But that’s a good thing.

The build to the climax is worth mentioning. Without giving any spoilers, let’s just say that the conflict naturally seems to build to a big showdown. You’re waiting for it. You know it’s coming. But when you get there – don’t blink! It’s over that fast. At first I felt a little disappointed, but then there’s this unexpected…. Well, you’ll just have to read it for yourself! (You won’t be disappointed. I promise!)

(I received a free copy of this book from Lone Star Book Blog Tours in exchange for my honest review.)

Bill
3.0 out of 5 stars Not as good as the first two in the series
Reviewed in the United States on April 29, 2018
Verified Purchase
In the third book in this series, internationally recognized concert violinist-turned-music teacher Gethsemane Brown finds that the crew of a basic-cable paranormal TV show has come to the out-of-the-way Irish village of Dunmullach, having set its sights on finding evidence of the ghost of the late internationally renowned composer Eamon McCarthy. Gethsemane knows that the village’s peace of mind — not to mention Eamon’s and hers — will disappear if there’s proof of Eamon’s ghostly existence, since tourists and paranormal enthusiasts will turn Dunmullach into a pilgrimage site. But how to foil the TV crew?

There’s a secondary plot about the vengeful ghost of a murdered Hungarian princess, which proves a bit distracting. But my real problem with Killing in C Sharp is its many deus ex machina and, even more so, its implausible ending. (To avoid spoilers, I won't go into detail, but trust me on this one.) And it’s a great pity. This novel could have been as wonderful as  Murder in G Major  and  Death in D Minor  with some restraint and revision. Here’s to hoping that author Alexia Gordon returns to her previous glory in time for book No. 4.
Read more
Helpful
Comment Report abuse
See all reviews