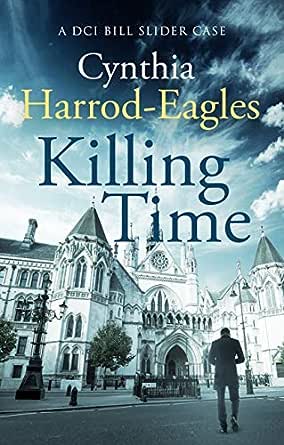 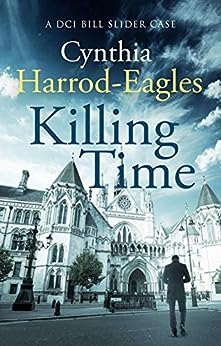 "This is not an episode of 'Cracker'," London police inspector Bill Slider reminds one of his coppers when he begins to spout psychiatric jargon. Cynthia Harrod-Eagles has done such a good job of making her hero a no-nonsense, everyday kind of bloke that she has probably hurt her chances of turning Slider into a TV series character. But readers who enjoy the subtle nuances of flawed reality will relish her pace and polish, as Slider's old friendship with an exotic dancer called Busty Parnell involves him in the murder of her flatmate, gay dancer Jay Paloma. It wouldn't be a Slider story without female problems of a personal nature; in this case the unexpected return of an ex-wife, the jealousy of a current lover, and the amorous attention of a new colleague come into play. There's also a suspicious cabby with smelly feet and lots of acutely observed political infighting, especially a delightfully awful farewell party for a retiring superintendent. Other Sliders in paperback include Blood Lines, Death to Go, Grave Music, and Orchestrated Death. --This text refers to an alternate kindle_edition edition.

Another solid addition to an outstanding series." -- Publisher's Weekly --This text refers to an alternate kindle_edition edition.

Somebody's threatening to kill him, exotic dancer Jay Paloma tells Inspector Bill Slider (Blood Lines, 1996, etc.); somebody's been phoning him and hanging up, and, besides that, writing him blustering letters. Then, the day after Slider's sent Paloma on his way with an admonition to save the next nasty letter that comes in, somebody beats him to death in the White City Estate flat he shares with stripper-turned-barmaid Valerie (Busty) Parnell. It would be a perfectly ordinary murder--except that White City Estate's already in the middle of a violent crime wave (community patrol copper Andy Cosgrove is lying in a coma after his own beating), and neither Paloma's professional associates at the Pomona Club nor his secretive lover looks to be up to any good. What are the connections among between Paloma's murder, the attack on Cosgrove, and the flow of drugs through the Pomona Club? And how can Slider and his men at Shepherd's Bush--this time including sexy, outspoken Tony Hart (whose status as a black female constable makes her ``the PC DC'')--ever tie the loose ends together when Slider's getting nothing but frowns from his mate, Inspector Ron Carver, and nothing but soporific smiles from his boss, temporary Superintendent Eric Honeyman, who can't retire fast enough to suit Slider? A neatly solved puzzle, the latest installment in the saga of Slider's domestic woes, and some of the best cop talk on either side of the Atlantic. -- Copyright ©1997, Kirkus Associates, LP. All rights reserved. --This text refers to an alternate kindle_edition edition.

Cynthia Harrod-Eagles is the author of the contemporary Bill Slider Mystery series as well as the Morland Dynasty novels. Her passions are music, wine, horses, architecture and the English countryside. --This text refers to the hardcover edition.
Read more