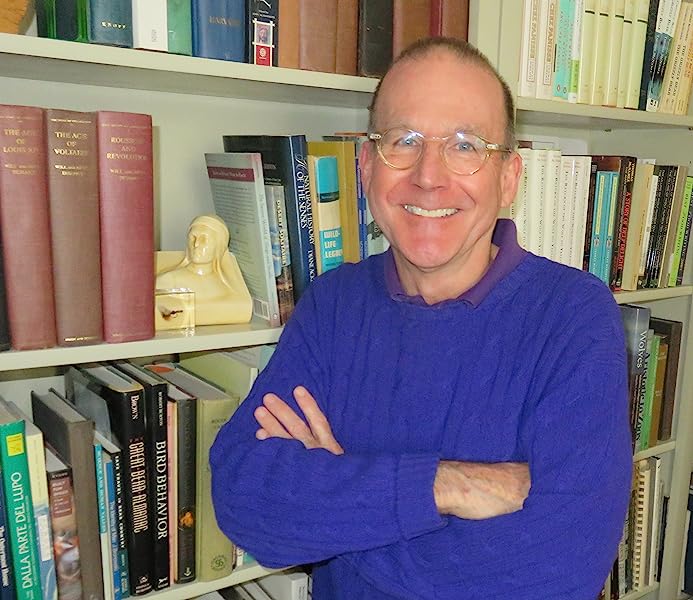 A Story of Deep Delight brilliantly evokes the human and natural history of the Tennessee–Mississippi border country. . . . A remarkably convincing novel.
– Washington Post

In his straightforward and often sparely poetic voice, and with his stringent sense of fairness, Thomas McNamee tackles the complex story of The Return of the Wolf to Yellowstone. McNamee has been a participant in and intimate witness to the struggle. He has a point of view, but always presents both sides of the issue. . . . This is a deep-feeling and thoughtful book, steeped in wolf biology but informed by ecology, politics, and basic human nature.
– Boston Globe

Thomas McNamee was born in Memphis and grew up there and in New York City. He studied writing at Yale under the tutelage of Robert Penn Warren.

In McNamee’s early career he wrote mostly poetry, publishing in The New Yorker, The Yale Review, Southern Review, The Georgia Review, New England Review, Poetry, and a number of other literary journals.

In 1984, his first book, The Grizzly Bear, was published. It has had several revised editions, most recently in 1997. The New York Times Book Review called it “a classic,” and it is still considered the definitive work on its subject.

In 1988 McNamee became a partner in a cattle ranch on the West Boulder River in Park County, Montana, just north of the Absaroka-Beartooth Wilderness and in 1993 he moved there to live full-time.

In 1990 his Memphis based historical novel A Story of Deep Delight was published.

Having been active for over a decade as an advocate for Yellowstone wolf reintroduction—while also working with others to reconcile that act with the region’s ranchers—McNamee published The Return of the Wolf to Yellowstone in 1997. The Boston Globe called it “a deep-feeling and thoughtful book, steeped in wolf biology but informed by ecology, politics, and basic human nature...with [a] stringent sense of fairness.” It was named by Amazon.com as one of sixteen all-time “conservation classics,” alongside Rachel Carson’s Silent Spring and Aldo Leopold’s Sand County Almanac.
McNamee and his wife moved to San Francisco in 1988, but spend part of every summer in Montana.

He wrote the documentary Alexander Calder, which was broadcast on the PBS “American Masters” series in 1998 and received both a George W. Peabody Award and an Emmy.

McNamee was a member of the board of Rare Conservation, which helps local communities establish enterprises that benefit from nature reserves without harming them. There he learned that farms harbor more biodiversity than all the nature reserves on the planet, and that led to an interest in food systems. His writing about food has appeared in Saveur, Food & Wine, Travel & Leisure, and Town & Country.

He is the author of Alice Waters and Chez Panisse: The Romantic, Impractical, Often Eccentric, Ultimately Brilliant Making of a Food Revolution and The Man Who Changed the Way We Eat: Craig Claiborne and the American Food Renaissance, a biography of the father of modern American food.

McNamee has also served on the board of directors of the Center for Education about Sustainable Agriculture (CUESA) in San Francisco.

Start reading The Killing of Wolf Number Ten: The True Story on your Kindle in under a minute.

4.7 out of 5 stars
4.7 out of 5
88 global ratings
How are ratings calculated?
To calculate the overall star rating and percentage breakdown by star, we don’t use a simple average. Instead, our system considers things like how recent a review is and if the reviewer bought the item on Amazon. It also analyzes reviews to verify trustworthiness.
Top reviews

Rick
5.0 out of 5 stars Very informative and well written
Reviewed in the United States on November 29, 2019
Verified Purchase
This was a very informative and enlightening book. It was not pretentious or preachy like other non-fiction books can be.
This book contained precise to the point facts and laid out a story about the Gray wolves being reintroduced into the wild and the effect it had on the human population.
I bought this for a college paper I was writing and could not put it down.

Sammie
5.0 out of 5 stars Interesting reading with predictable outcome
Reviewed in the United States on January 11, 2017
Verified Purchase
Good book, sad story. Easy reading with an obvious ending. Kept my interest. While I love the noble and brave wolf, I can also understand the plight of the rancher. I can only hope the wolf can find its own niche and survive and thrive. It would be a shame to have this beautiful and magnificent animal be hunted to extinction.
Read more
6 people found this helpful
Helpful
Comment Report abuse

Shelley Volinsky Nina Jancewicz
5.0 out of 5 stars Easy to read and understand
Reviewed in the United States on April 15, 2018
Verified Purchase
Any person with interested in the people and politics involved in the survival of the wolf needs to read this book. Just like human racism and discrimination, the wild wolf has and is still experiencing much backlash from closed minded people.
Read more
6 people found this helpful
Helpful
Comment Report abuse

Glenn L. Miller
5.0 out of 5 stars Wolves belong in Yellowstone
Reviewed in the United States on November 12, 2019
Verified Purchase
I ordered this book after a weeks stay in Yellowstone. Found the story compelling, the information complete and the re-introduction of wolves to the Yellowstone fascinating. Would strongly recommend this book to anyone wanting to know the reasons and outcomes of the Yellowstone wolf story.
Read more
3 people found this helpful
Helpful
Comment Report abuse

S.D.
5.0 out of 5 stars Hopeful and Sobering
Reviewed in the United States on November 1, 2020
Verified Purchase
The Killing of Wolf Ten, the book at least, is really the tale of the rebirth of an ecosystem. Thomas McNamee doesn't gloss over the natural descriptions, the scientific explanations or the political forces at work in this story of the rocky reintroduction of wolves to Yellowstone Park.
Read more
Helpful
Comment Report abuse

Dean
5.0 out of 5 stars Great Book
Reviewed in the United States on October 27, 2020
Verified Purchase
Very interesting read. First half of book explains the process for introducing wolfs to Yellowstone. 2nd half of book explains what happened to wolf 10, and makes you wonder about some of the people wandering through life.
Read more
Helpful
Comment Report abuse

Amanda Adams
5.0 out of 5 stars A sad but necessary story
Reviewed in the United States on August 9, 2015
Verified Purchase
This was a heartbreaking journey to go on. It was informative and beautifully written. The dignity and honor owed to these majestic wolves radiates from each page. Thank you for sharing the details of a truly heroic endeavor.
Read more
10 people found this helpful
Helpful
Comment Report abuse

Richard
5.0 out of 5 stars An excellent read. Fact based and informative
Reviewed in the United States on November 26, 2018
Verified Purchase
Team this up with American Wolf and you have a great way to spend some of these winter evenings. You will come away with a great respect for wolves and those who brought them back to Yellowstone.
Read more
One person found this helpful
Helpful
Comment Report abuse
See all reviews

Raymond
3.0 out of 5 stars Paid for New, Received Used
Reviewed in Canada on April 22, 2020
Verified Purchase
The book has highlights in it.
Read more
Report abuse

Page 1 of 1 Start overPage 1 of 1
This shopping feature will continue to load items when the Enter key is pressed. In order to navigate out of this carousel please use your heading shortcut key to navigate to the next or previous heading.
Back
Next
Pages with related products. See and discover other items: true animal stories, true stories of animals, true stories with animals