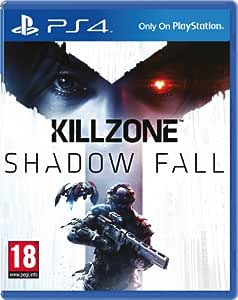 Killzone: Shadow Fall is the latest installment in the hugely successful Killzone franchise, developed exclusively for PlayStation 4, by Guerrilla Games. Thirty years after the events of Killzone 3, the world is a very different place, with two rival factions, the Helghast and the Vektans, living side by side divided by a vast wall. In the midst of it all stands a Shadow Marshal, an elite soldier, the best of the best. As Shadow Marshal Lucas Kellan, you’re sworn to protect your home and the values you believe in. Maintaining the fragile peace is difficult when there is no trust between either side. A series of escalating conflicts puts you on the path of a Helghast intelligence operative named Echo, who fights for the same reasons but on the opposite side. Strive to uncover the whole story as the intense, immersive combat of the Killzone series is reborn on PS4. 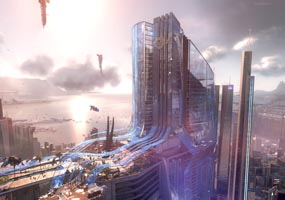 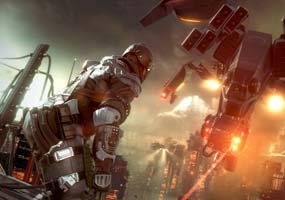 A New Breed of Hero For a New Vision of Killzone

You are Shadow Marshal Lucas Kellan, tasked with maintaining the fragile peace between the ISA and the Helghast. Any misstep could see the conflict spiral out of control, taking your homeworld with it.

Designed For The Next Generation of Gaming

With breathtaking scale and the new freedoms of tactical gameplay, Killzone: Shadow Fall is a true showcase for the impressive power of PS4. The redesigned DUALSHOCK 4 further enhances the experience with its refined controls.

An Expansive Arsenal of Futuristic Weapons

Command the OWL, Kellan's versatile, commandable combat drone that functions as an extension of you, dramatically augmenting your abilities and offering a host of new tactical options.

On a divided Vekta, one in which bitter enemies are forced to coexist, constant distrust threatens to escalate into all-out war. Discover an all new side to an ancient conflict. 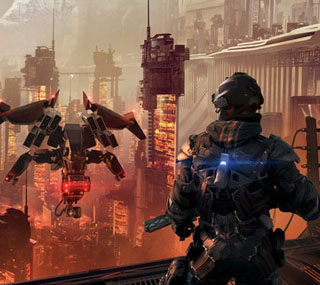 4.2 out of 5 stars
4.2 out of 5
312 global ratings
How are ratings calculated?
To calculate the overall star rating and percentage breakdown by star, we don’t use a simple average. Instead, our system considers things like how recent a review is and if the reviewer bought the item on Amazon. It also analyzes reviews to verify trustworthiness.
Top reviews

Good
- Its more open than call of dutys and titanfall
- It has great graphics, despite the fact there is no enhancement for the Pro
- It is the best use of the touchpad, to date on any ps4 game ever, I wish more developers would do this
- Installation is super quick, but there's a big update
- Performance is fantastic, no slowdowns at all
- Difficulty is perfect, I hate when games are too easy
- Nice lighting effects
- Price is really good now, very good value

Bad
- Story is good, but could be better
- Vibration on the controller should be higher when shooting
- Game could be a bit longer

Luke West
4.0 out of 5 stars Sony really set the standards high
Reviewed in the United Kingdom on June 8, 2015
Style Name: Shadow Fall (PS4)Verified Purchase
Graphics and storyline wise, this is a great game. I have always been an xbox gamer and only recently made the transition to PS4 and so far, I am very pleased and impressed. I thought that a good way to make the transition would be to give one of the killzones a run through as I have never had the opportunity to play one before, with it being PlayStation exclusive. I was pleased that I did.
I quickly got drawn into the plot of things and picked up the general story and plot within about 10 minutes of gaming. You have a general idea of what happened before this game, even if you have never played the previous versions and you fall in love with the story line. The graphics and physics in the game are insane. You will, without a doubt have several jaw dropping moments as you take in the immense detail in the visuals. Massive thumbs up to the developers of this game, the PS4 is so powerful and to say this was one of the first games to come out on it, they certainly set the standards high for other developers.
There are some negatives to my gaming experience, however. I do feel as though some of the missions are way too confusing and you can quickly lose track of what it is you are actually supposed to be doing. The mission objectives are not very clear and there has been times where I have actually had to look up walkthroughs on YouTube not to find better ways of doing things but to actually find out what/where I am actually supposed to be going. To explain further, the maps are huge (which is good, don't get me wrong) and when you reach a certain checkpoint there will be a small beacon sort of thing appear somewhere on your screen showing you where you have to go next, which is great, but the beacon seems to disappear after about 10 seconds until you actually get close to it and do a scan of the area. There may be a way to change this, I haven't really poked around in the settings yet but it is slightly frustrating when a lot of the time you don't even know if you are heading in the right direction. Don't see this as a big negative though, some people may prefer it as it leaves the game open for you to complete the missions how you wish without essentially 'going through on rails'.
Lastly, I feel that some missions are way too long. This means that you sometimes end up getting a bit bored, especially when there isn't much action involved, but I guess that is Sony's way of doing things. It's just the game style.

Overall, great game, stunning graphics and a big thumbs up to the developers. Although I do feel improvements need to be made, it's not really for me to judge as a bit of a 'noob' and I know many people do enjoy the franchise as it is.
Read more
2 people found this helpful
Report abuse

Adam Kerrigan
2.0 out of 5 stars Killzone with a few new game features but unfortunately not the best out of the series.
Reviewed in the United Kingdom on January 5, 2015
Style Name: Shadow Fall (PS4)Verified Purchase
I been a fan of the Killzone series since the early days of PS3. I've always considered them like a futuristic/alternate to CoD. Frankly, I'm not impressed with this game so far. It's similar to it's predecessors but the lack of direction in the campaign makes it very disorientating for me. It's very difficult at times to know what you're supposed to do, e.g. you pick up an audio log that plays through your controller (very nice PS4 feature!) which can talk over a character that's telling you your mission. Instead of place markers the game needs a little map like they have in the Metal Gear Solid series. Having played the other Killzone games means that I know how the game works so that's made it easier to find my way around.

Update: I've been playing on it some more and I honestly had to put it down because it was THAT annoying to play. Wish I hadn't bought it now.
Read more
One person found this helpful
Report abuse

Have not touched the multiplayer so this review excludes that.
Read more
One person found this helpful
Report abuse

Mr P.
4.0 out of 5 stars Liked the Killzone series since the first game
Reviewed in the United Kingdom on November 3, 2015
Style Name: Shadow Fall (PS4)Verified Purchase
Liked the Killzone series since the first game. Without doubt the third game was the best for multiplayer. This new game has amazing graphics and an involving campaign but the multiplayer has it's issues. The addition of extra controls slows down your responses. The maps are incredibly detailed but are better for ambush than defensive play. Collision detection seems slightly off as well with regards to guns. Still a good game though especially as Sony is dragging behind Microsoft on AAA exclusive titles.
Read more
One person found this helpful
Report abuse
See all reviews