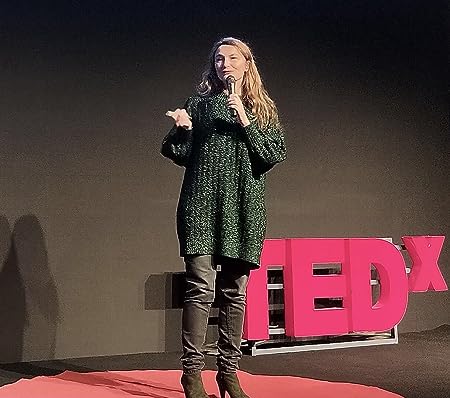 Kim Engelen is an international artist, art teacher, and former TEDx speaker. She has lived and worked as a contemporary artist in 6 countries. Her art has been shown in 25 countries, magazines, and on television.

Engelen participated in the Podcast Series: Art Uncovered, New York, USA (2020). She was on stage at TEDx China (2019). And was interviewed by Contemporary Art Review and Shanghai Daily (2019). 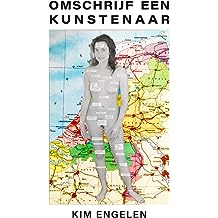 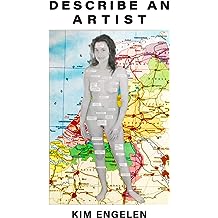 Throughout the Netherlands, I have asked strangers the same question: DESCRIBE AN ARTIST.

INTRODUCTION
When people asked me what study I was doing, and I told them I was studying at the Art Academy, they usually responded with, Oh, I didn’t expect that from you. That really annoyed me, and I wondered how an artist in their imagination looked.

I think that the image that prevails is a rather entrenched and prejudiced one. But why does this image still stand? My answer is that perhaps the artists and the teachers at the academies keep this image alive themselves.

During my time at the art academy, I saw people who behaved ordinary and looked normal during the propaedeutic year completely changed. It seemed that they wanted to adapt to the majority group. And once belonging to that elite group, they showed snobbery and developed attitude problems. For example, when I wished them a good morning, they suddenly raised their eyebrows and thought this was weird.

And then the teachers who have to train you to become an independently functioning artist. When I took off my dustcoat out of respect when discussing my work, they asked me if I was ashamed of it. And the jabs underwater when it turned out that one’s choice of music is different from the rest.

In between the hustle and bustle of our final year, our exam year, in a six meetings course, they offered to teach us how to be an enterprising artist. But long before this, there was some sort of unspoken rule not to talk about money in the context of art.—As if it could hurt your art. The best example is that one teacher (herself an artist) accused me of not possessing an artist’s mentality during an assessment of the artwork.

What exactly is an artist mentality? This lady apparently had a clear, unambiguous picture of which one was not allowed to deviate.

I feel it is a pity that the group of people who from the core could change this long-established image, and of whom one expects to be open-minded, who I thought opposed the wrongs in society, that precisely this group of people showed xenophobia and preferred to leave things as they were.

That unfortunately they do not approach things independently and autonomously, as they do in a status quo-like group, and consequently again becomes a certain kind of group of people. And this way creating a box for themselves and in which then all artists should fit in, with the consequence that the inveterated idea of who or what an artist is, remains.

That is why I wanted to hear from people in the Netherlands what their idea of an artist is. And whether it was all as dramatic as I experienced it.

In all provinces of the Netherlands, I asked a random person to answer this question. I used that one answer for this booklet, so despite what the answer was, I didn’t ask another person in that particular city. 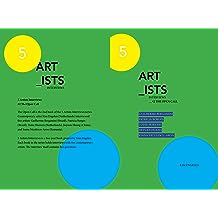 5 Artists Interviews is a five-year book-project by Kim Engelen. Each book in the series holds interviews with five contemporary artists. The interview itself contains five questions.
Read more
Other Formats: Paperback 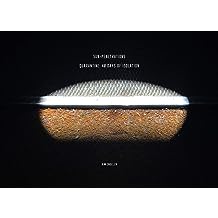 Quarantine: 40 Days of Isolation : Sun-Penetrations Aug 28, 2020
by Kim Engelen
( 1 )
$4.99
Quaranta Giorni (forty days) is an Italian medical term derived from the plague epidemic in the fourteenth century. During this time, all ships had to remain in port for forty days and the crew was not allowed to leave the ship. This was done to reduce the spread of infection.

For forty days, I sent daily a photograph of my ongoing series: Sun-Penetrations to fellow humans in lockdown. With the sun as the bringer of life. And a light in a moment of darkness. I started my art project on March 23, 2020, and I distributed the last photo online on May 1, 2020.
Read more
Other Formats: Paperback 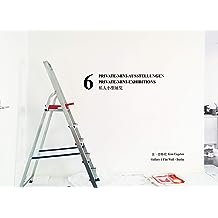 6 Private Mini-Exhibitions Aug 7, 2020
by Kim Engelen
$4.69
Around the world, I am enacting Bridge-Performances. These performances are documented by photographs taken of me by randomly chosen people who happened to be on the bridges. I coined these temporary encounters of co-creating the Bridge-Performances. From January to July 2017, always on the first day of a month, I opened a total of six mini-exhibitions in my apartment in Berlin. By opening up my private space to the public I continued to initiate a setting for a temporary intimacy, similar to the Bridge-Performances. Every month, for six months, I created new works based on my Bridge-Performances. By curating six mini-exhibitions, I was able to play with certain ideas, such as the bridge as a metaphor symbolizing connection, movement, and transition. Other ideas were tourism versus immigration, power positions, communication, authorship, and personal development.These new and experimental works were then exhibited at my home in Berlin for 21 days. They were created as Pièce Unique (in one edition only).
Read more
Other Formats: Paperback 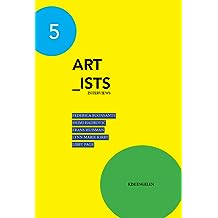 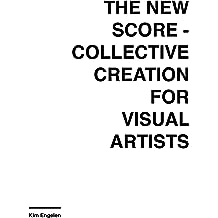 The New Score - Collective Creation for Visual Artists Jun 27, 2020
by Kim Engelen
$4.19
“The New Score - Collective Creation for Visual Artists” is a proposal for noncompetitive playfully yet seriously working together as (student) artists in a time where free accessible exhibition spaces seem to be decreasing while the number of artists and curators are increasing. “The New Score” can be used in educational settings, such as art schools, academies and universities, where (student) artists come together in order to learn. It could also be used by visual artists who welcome the idea of creating one great art piece together.“The New Score” offers a construed and structured plan of exercises with the goal to guide visual (student) artists to freely yet actively learn from and with each other while creating one great art piece together.
Read more
Other Formats: Paperback 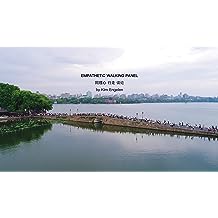