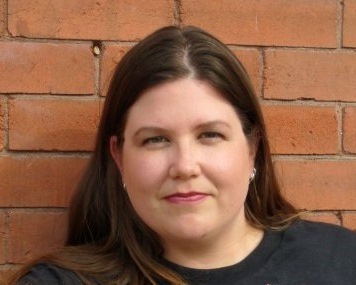 Kim Firmston is a real life mutant - though one without any cool powers. When she is not writing or cursing obvious villain mistakes, she warps young minds at her Reality is Optional Kid's Writing Club, DramAntics Youth Theatre Camp and at WordsWorth youth writing residency. Kim has written and produced many plays, had a few short stories make it into print, and published five novels (with the sixth coming out in the Fall of 2015). Kim encourages play. She has also been known to build diabolical devices out of cardboard and old chip bags and often places DO NOT PUSH buttons on her interactive websites - www.boiledcat.com and www.kimfirmston.com 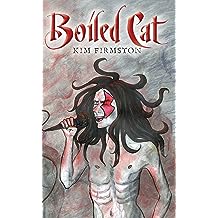 Boiled Cat Mar 19, 2013
by Kim Firmston
( 1 )
$2.99
Sixteen year old Thrash, the rowdy lead singer of the punk band, Boiled Cat, is aware that seeing skulls in the faces of his band mates is probably not a good sign. However, it’s the least of his worries. While Thrash struts for screaming crowds, blistering music pumping, he’s being stalked. Thrash’s abusive uncle is determined to destroy the band and Thrash along with it. And that’s not all, Thrash’s best friend is experimenting with drugs, and the high-spirited, triple pierced, female drummer for Tongue the Frog, is exposing emotions Thrash would prefer to keep buried. Working through it all is no easy task for someone whose first instinct is to run. But to keep the only family he’s ever wanted, he’ll have to stay and fight!
Read more