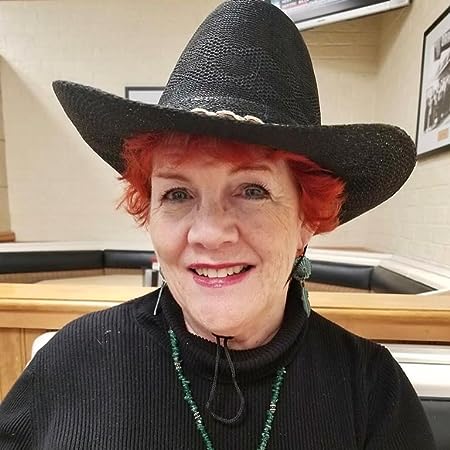 Kim Terry, a Fort Worth, Texas native, lives with her eleven-year-old fur-baby, "Russet", a Finnish Spitz “rescue”. As she writes, the spirit of her husband -- the love of her life-- warms and encourages her. She is also a mother, grandmother, and great-grandmother.

Retired in December 2016 from twenty-five-years of teaching college English, she began pursuing her dream of becoming an author after she and her husband sold their home and became full-time RVers. In August 2017, she published her first novel, FROM HER MOTHER’S ARMS, a Twentieth-Century historical suspense which begins in Lamesa, Texas in 1951. In July 2020, BY HER DAUGHTER’S HANDS: Secret Sister, Deadly Daughter, a murder mystery that spans 2001-2008 continues the story of Mona Lisa and her sister, Karen came out as a sequel to FROM HER MOTHER'S ARMS.

Kim Terry's newest release, MAN AFTER MIDNIGHT #everyoneisasuspect, published on July 2021, is a suspense novel set in Brooklyn, New York and Grapevine,Texas, in 2016. When fifteen-year-old Destiny Redmond goes missing after meeting a 'boy' on a dating site called MAN AFTER MIDNIGHT, her mother, Melissa Morrow, becomes frantic when she discovers a horrifying connection to a sex-trafficking ring and missing women. Desperate to save her daughter, she discovers the lengths she is willing to go to bring Destiny home, even forgiving the arrogant and philandering Erik Redmond, Destiny's father. Can the terror they face together turn into triumph and, possibly, their reconciliation?

Praise for BY HER DAUGHTER’S HANDS: Secret Sister, Deadly Daughter:

“Kim Terry's well-written mystery takes the reader on a twisting journey full of surprises. Who killed Sybil Stevens O'Sullivan? Discovering the answer will keep you reading into the wee hours.”

Karilyn Bentley, author of Magical Lover, The Shadowheart Curse, and others.

Praise for FROM HER MOTHER'S ARMS:

"I could not stop reading once I started. It was so timely for the era as my own children were involved. I believe that you have found the real time for those characters and I believe that your sequels will be successful when the main people grow so keep up your real timeline ...I plan to loan it to my niece who reads a lot along with her being an Officer in several organizations here in Sarasota County. P.S. Most females cannot pass up a tearjerker. Which it surely is." 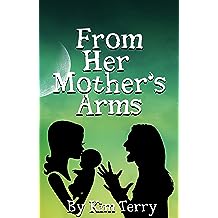 From Her Mother's Arms Nov 14, 2017
by Kim Terry
( 48 )
$2.99
Mona Lisa, abandoned at birth and renamed "Rona" by a couple claiming to be her birth parents. When she turns seven, she finds out from the woman's sister that the Fergusons have not only been lying to her but, also, that their sudden deaths have helped to close the "Case of the Missing 'Mona Lisa'." When the aunt dies and leaves Rona alone, her death catapults the girl into the foster-care system until a soft-spoken man at a support group leads her to a place of peace and, quite possibly, reunion.

Bo, older brother of Sybil Stevens, has remained his sister's closest confidante throughout their lives. When "Sister" turns up pregnant, he finds out that the baby's father is none other than his high-school buddy, Damon, a rakish quarterback with a score to settle.

Damon has caught his girlfriend with his arch nemesis, Jett Davis. When Prom Night rolls around, he invites Jett Davis's innocent ex-girlfriend, Sybil, to Prom. Clueless about the "footprint" he has left behind, he finds his memory drifting to one reckless night in 1950. When he flies in to attend the funeral of another friend from high-school, he crosses paths with a distraught green-eyed woman at a gas station.
Read more
Other Formats: Paperback 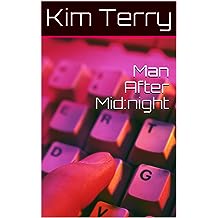 Man After Midnight: #everyoneisasuspect Jun 22, 2021
by Kim Terry
$3.99
Brooklyn, New York 2015
When Texas divorcee and her teenaged daughter flee to New York, she never wants to see her controlling and philandering husband ever again. One night, she returns from work as a 911 operator to discover her daughter missing. The daughter's best friend says that Destiny had a date with a boy from the same dating site she forbade her to join. When the mother researches the adults-only site, she learns that it is a 'vehicle' for predators and sex-traffickers. When an officer from New York Police Department informs her that she has learned that Destiny is among the "shipment" to be sold to the highest bidder at a price that she cannot begin to afford, she must do what she vowed she would never do: call on the girl's father to save their daughter.
Read more
Other Formats: Paperback 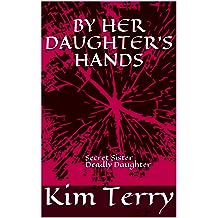 BY HER DAUGHTER'S HANDS: Secret Sister, Deadly Daughter Jul 4, 2020
by Kim Terry
( 2 )
$2.99
New Year's Eve 2001 When Sybil Stevens, star of 1950s Oscar-winning tear-jerker, WILTED ROSES, is found dead in her Fort Worth home, her daughter becomes prime suspect. But which daughter is she? Mona Lisa, born when the star was an unwed teen? Karen, born to Sybil and her husband? Or was someone else with sinister motives in her house, that night?
Read more
Other Formats: Paperback