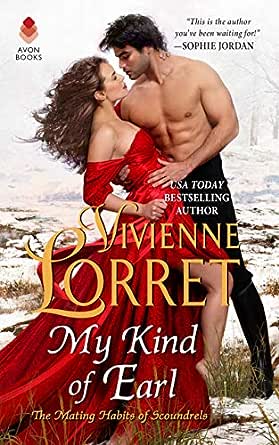 You've subscribed to The Mating Habits of Scoundrels! We will preorder your items within 24 hours of when they become available. When new books are released, we'll charge your default payment method for the lowest price available during the pre-order period.
Update your device or payment method, cancel individual pre-orders or your subscription at
Your Memberships & Subscriptions 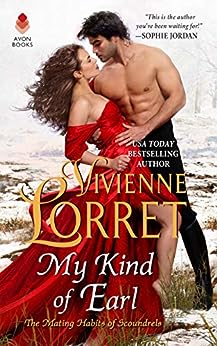 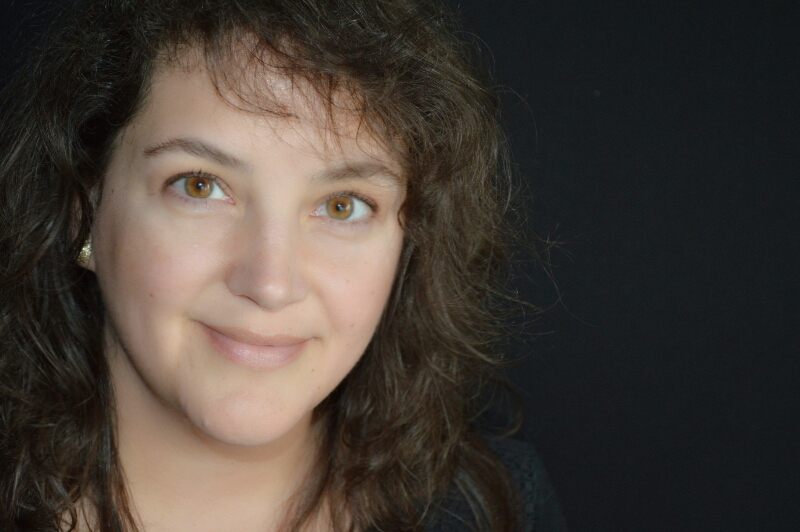 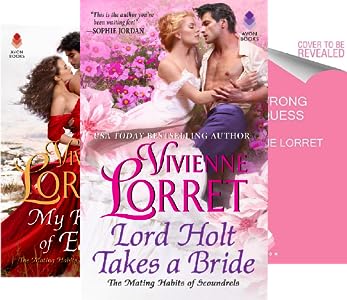 Vivienne Lorret transforms copious amounts of tea into words. She is an Avon author of the Wallflower Wedding series, the Rakes of Fallow Hall series, the Season's Original series, and the Misadventures in Matchmaking series.

Justine Eyre is a classically trained actress who has narrated many audiobooks, earning the prestigious Audie Award for best narration and numerous Earphones Awards. She is multilingual and known for her great facility with accents. She has appeared on stage, with leading roles in King Lear and The Crucible, and has had starring roles in four films on the indie circuit. Her television credits include Two and a Half Men and Mad Men.

"Lorret’s witty dialog and clever blending of sweet and sensual elements make this second in a projected trilogy as entertaining as its acclaimed predecessor. Recommended for all historical romance collections." (Library Journal (starred review))

“a sexy page-turner... you can’t help but root for these two stubborn, persistent characters to fall for each other... the novel draws you in and leaves a satisfied smile on your face.” (Entertainment Weekly for How to Forget a Duke)

"Asher and Winn are endearingly complex characters with wit and chemistry to spare. Romance readers will be delighted." (Publishers Weekly)

“This is the author you’ve been waiting for!” (New York Times bestselling author Sophie Jordan) --This text refers to the mass_market edition.

4.4 out of 5 stars
4.4 out of 5
101 global ratings
How are ratings calculated?
To calculate the overall star rating and percentage breakdown by star, we don’t use a simple average. Instead, our system considers things like how recent a review is and if the reviewer bought the item on Amazon. It also analyzes reviews to verify trustworthiness.
Top reviews

Santa O'Byrne
5.0 out of 5 stars Another smash hit
Reviewed in the United States on October 7, 2020
Verified Purchase
Prepare to stay up all night reading this book. It is a page turner! Jane Pinkerington is a brilliant bluestocking who will go to any lengths in the name of research - researching scoundrels. And Raven - yes, he is as delicious as his name - is her begrudging subject matter expert. They stumble upon a great mystery and a great love with a good measure of groveling, as a scoundrel does. You will laugh out loud and shed a few tears. Enjoy!
Read more
One person found this helpful
Helpful
Comment Report abuse

Diane
5.0 out of 5 stars Excellent
Reviewed in the United States on October 8, 2020
Verified Purchase
She had me laughing through most of this book. I loved these characters and the plot of this tale. What a perfect pair! I really can't wait to read the next installment of this series.
Read more
Helpful
Comment Report abuse

Terri B.
5.0 out of 5 stars Enjoyable
Reviewed in the United States on October 14, 2020
Verified Purchase
I enjoyed this book. Loved Raven and Jane. Great storyline but abrupt ending. Looking forward to the next book in the series.
Read more
Helpful
Comment Report abuse

psych
4.0 out of 5 stars Anticlimactic ending
Reviewed in the United States on October 9, 2020
Verified Purchase
I really enjoyed this book but..... that ending was just so bland. After the cruel things the hero said, hitting every single vulnerable spots the heroine has she just forgives him so easily.
Read more
Helpful
Comment Report abuse

Nicole
3.0 out of 5 stars So close but the heroine threw this off for me
Reviewed in the United States on September 29, 2020
When her book research on the difference between gentlemen and scoundrels leads her to a brothel, Jane Pickerington doesn’t expect the excursion to end in an all-out brawl. She winds up coming to the aid of the man who attempted to rescue her and soon discovers he’s far more than a garden variety rake.

Raven has a strict set of rules he lives by, rules that helped him survive as an orphan abandoned on the steps of a foundling home. He’s never had any other names or known anything about his true origins, nor has he tried to find out, but that all changes when he meets the insatiably curious Jane. She recognizes a scar on his arm and the fact that he’s entitled to an aristocratic position based on the truth of his birth.

Raven has always despite the aristocracy. He manages a gaming hell and is comfortable in the slightly seedier parts of London. He has no preparation for high society and doesn’t know that he wishes to, but he agrees to allow Jane to teach him some social graces. In exchange, Raven teaches Jane all about the wicked topics which spur her curiosity, leaving them both wanting more at the end of each lesson.

I have so many mixed feelings about this one. [Potential spoilers ahead.] I loved the concept of Raven and his mysterious past and the revelation of his true identity, but I felt he deserved more of a true recognition than he got in the end. We’re left with him still in disgrace and I wanted him to be vindicated, perhaps an epilogue or another chapter would’ve left me feeling more satisfied. I wound up liking Jane in the end, but she really had to do a lot of growing on me. At first, I pretty much hated her because of her arrogance, entitlement, and naivete given her meddling in Raven’s life for what were originally purely selfish reasons to satisfy her own curiosity and with no thought to the effects that could have on him. Her know-it-all attitude and constant corrections of Raven, not to mention her judgmental attitudes and blatantly using him as research for her book, got on my nerves. Fortunately, her behavior improved as she came to love Raven and her condescension turned into more of a witty banter and became a bit charming. For his part, Raven took this mostly in stride and produced some of the best innuendo I’ve read. His complexity as a character and his fear of letting anyone close was rather moving, especially when the truth of his origins and background is revealed and considering the fact that he’s never been loved. In some ways I feel like Jane pushed Raven entirely too hard and in others not at all hard enough, which left me unsure of how to feel about this book. Another complaint I had is the fact that the sexual abuse Raven endured as a young man is totally glossed over; he rationalizes the behavior of his abused when Jane points out how wrong this was, despite the fact that his inner monologues have revealed that this experience was damaging to him. I would’ve liked to have seen even just an extra page or two of him coming to terms with what happened to him as he realizes that intimacy with Jane is totally different from anything he’s ever known. No, this wasn’t strictly vital to the plot, I just think it would’ve rounded out his character a bit more.

This book wasn’t exactly everything I’d hoped it would be, but I did enjoy the coming together of these two quirky, unconventional characters and I’ll continue with the series, but mostly I look forward to Prue’s story.

I voluntarily read and reviewed an advanced copy of this book. All thoughts and opinions are my own.
Read more
2 people found this helpful
Helpful
Comment Report abuse

Debra L. Martin
3.0 out of 5 stars Not my favorite
Reviewed in the United States on September 30, 2020
Jane Pickerington, a full-fledge bookstocking, enters a brothel intending to do research about how to avoid scoundrels. Instead she is helped by a dark and sexy stranger who helps her escape a brawl. Never could she imagine her life was forever changed the night she met Raven. Raven is a self-made man who grew up an orphan and learned many life lessons the hard way. Now he keeps everything close to the vest, letting only a few into his life. The night he saves Jane will send his well-ordered life into chaos and it will upend everything he has accomplished.

I almost stopped reading this book in the first couple of chapters because the author chose such long winded and unusual words to convey simple things. Once I realized she was setting up the character of Jane, I continued the story. I did like Jane and her quirkiness, but I liked Raven much more. His exasperation with Jane was priceless. I loved how their relationship grew over the story and there was a few twists in the book that was surprising. I was beginning to decide on 4 stars until the book just ended. No epilogue, nothing. It was abrupt and left me wanting more especially about Warrister's nephew. How was he going to undo the damage he inflicted on Raven? Once a rumor starts in the ton, it is near impossible to contain it. Needless to say, the ending was disappointing.

I voluntarily read an advanced reader copy and all opinions are my own.
Read more
One person found this helpful
Helpful
Comment Report abuse
See all reviews