You've subscribed to Battle Scars! We will preorder your items within 24 hours of when they become available. When new books are released, we'll charge your default payment method for the lowest price available during the pre-order period.
Update your device or payment method, cancel individual pre-orders or your subscription at
Your Memberships & Subscriptions
There was an error. We were unable to process your subscription due to an error. Please refresh and try again. 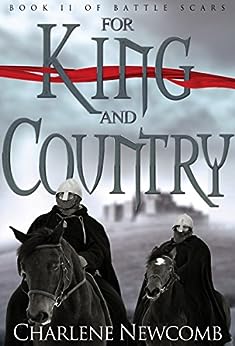 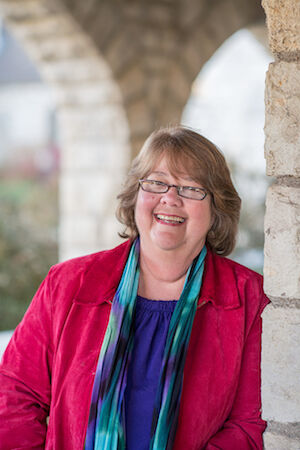 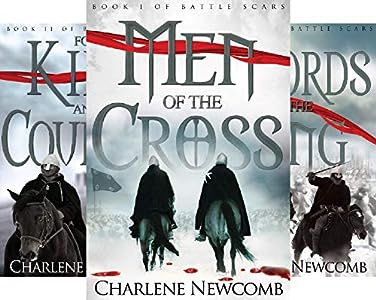 "This absolutely epic read is a fantastic piece of historical fiction and will keep readers engrossed from the very first words all the way through to the very end... Author Charlene Newcomb has done a simply fantastic job in creating characters that her readers will connect with, relate to, and care about, as well as continue to think of long after the final page has been read."
--Tracy Slowiak for Readers' Favorite
"...[the author] has given her readers a tale they won't soon forget."
--Chris Fischer for Readers' Favorite

Meredith McGhan
5.0 out of 5 stars Even better than the first one and that's saying a lot!
Reviewed in the United States on August 18, 2018
Verified Purchase
In the second book of the Battle Scars trilogy, Newcomb expands the story of the serious, religious and loyal-to-his-king Henry de Grey and his lover, the kindhearted yet insouciant and devastatingly handsome Stephan l'Aigle. Both are knights in the service of King Richard I of England. While the first book took place during the Crusades and told the story of how the two knights fell in love (with plenty of angst and unresolved sexual tension along the way) the second deals with them at home, working against Count John to restore Richard's throne during his imprisonment. Other point-of-view characters are drawn in too, and it makes the story all the more delightful to read of Robin and Marian (yes, *that* Robin and Marian); brave, gentle giant Little John; the irrepressible, beautiful tomboy Elle Weston; and suave squire Allan. The love scenes are tasteful and romantic rather than explicit. The historical setting has been impeccably researched and brought vividly to life, and although there is ubiquitous violence, it is neither gory nor gratuitous, and there is none of the nihilistic sensibility found in other similarly-set works (I'm looking at you, George R.R. Martin). Heroes and villains are clearly drawn here, family relationships portrayed sensitively. I look forward to reading the third book, and wish there were more.
Read more
2 people found this helpful
Helpful
Report abuse

C. Harris
5.0 out of 5 stars "Oh, what tangled web we weave..."
Reviewed in the United States on August 3, 2016
Verified Purchase
In For King and Country Henry de Grey returns home to Greyton no longer a naïve young man like he was when he joined the Third Crusades. Instead, he is battle scarred with post-traumatic stress from the horrors of war and carries many heavy burdens: a secret he cannot share with anyone; the people of his village being bled dry of money and food; his loyalty to King Richard who has been captured and thrown into prison; and his resistance to John, King Richard's brother, who has followers traveling through villages with wagon loads of goods, going no one knows where or why.

While reading this book, I kept thinking of something Sir Walter Scott wrote: “Oh, what tangled web we weave…when first we practice to deceive” because Ms. Newcomb does this brilliantly. She weaves plot after plot with turns and twists. She weaves plots of marriage, secret weapon building, secret food storage, spies, espionage, traitors and loyal leaders and followers but, who can Henry de Grey trust.
Henry wants to trust his father however, Lord Edward de Grey allows the travelers with wagons of goods to spend the night at Greyton. And, Edward wants to see his son married to Elle Weston. Never mind that Henry loves another and Elle does not love Henry.
So, where are the other characters we were introduced to in Men of the Cross: Stephan, Robin, Little John, Allen and Marian. Oh, they are there among those plots, twists and turns. Other characters include Henry’s sister, Bea; Stephan l’Aigle’s brother, Gilbert; Tuck; Much Miller; Sarah; Robin’s father, William Carpenter; Robin and Marian’s son, Robert; Robin’s friend Milo; Elle’s brother, Edric Weston; Will Marshal; Will Scaflock and others.

After reading Ms. Newcomb's First Volume of Battle Scars, I stated that Men of the Cross had blockbuster potential. Now that I have finished the Second Volume, For King and Country, I believe that more so than ever. A two or three hour movie would not do Battle Scars justice, especially since Volume Three is in the works. The movie would have to be in parts, similar to the Hunger Games, or done as a mini-series for television. Hey, either way works for me. I just hope that movie producers, directors, assistants, etc., reads these books and say..."WOW" and march forth.

In the meantime, go purchase these books and decide for yourself.
Read more
One person found this helpful
Helpful
Report abuse

ChuckG
4.0 out of 5 stars Intriguing so far...
Reviewed in the United States on February 25, 2019
Verified Purchase
Only about 7 chapters in but it grabs you from the start. Looking forward to the next two books, I bought the whole series and am taking them on my relaxation vacation to The Bahamas in 8 days. Don't want to get TOO far ahead as I'm looking forward to lying on the beach, listening to music and reading this most enjoyable series. Yeah, the lead characters are gay, but don't be offended by that if you like a great (so far) story.
Read more
Helpful
Report abuse

Liz B.
5.0 out of 5 stars Templar romance
Reviewed in the United States on June 22, 2016
Verified Purchase
This was a great follow up to Battle Scars #1.....I love reading books about the Templars, and this one was well-researched and had me lost in the story. A great romance in difficult and dangerous times for gay lovers.
Read more
Helpful
Report abuse

Christopher Monk
4.0 out of 5 stars Fascinating, passionate sequel to Men of the Cross.
Reviewed in the United Kingdom on June 6, 2016
Verified Purchase
Charlene Newcomb is a genuine talent. In this fast paced sequel to Men of the Cross (5 stars), she draws us further into the troubles and loves of Henry and Stephan, two faithful knights of Richard Lionheart, and their wonderful friends, skillfully setting up in the process an alternative Robin Hood legend. The history is sharp, the action appropriately bloody, the passion undeniable. I'm genuinely looking forward to finding out how Newcombe weaves her story in the next book. I want to know more about Robin and his merry band.
Read more
Report abuse