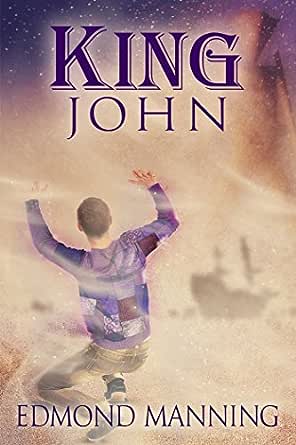 You've subscribed to The Lost and Founds! We will preorder your items within 24 hours of when they become available. When new books are released, we'll charge your default payment method for the lowest price available during the pre-order period.
Update your device or payment method, cancel individual pre-orders or your subscription at
Your Memberships & Subscriptions
There was an error. We were unable to process your subscription due to an error. Please refresh and try again. 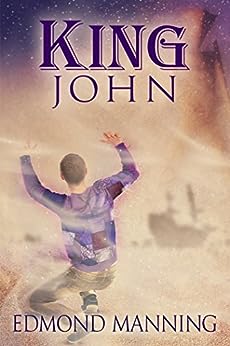 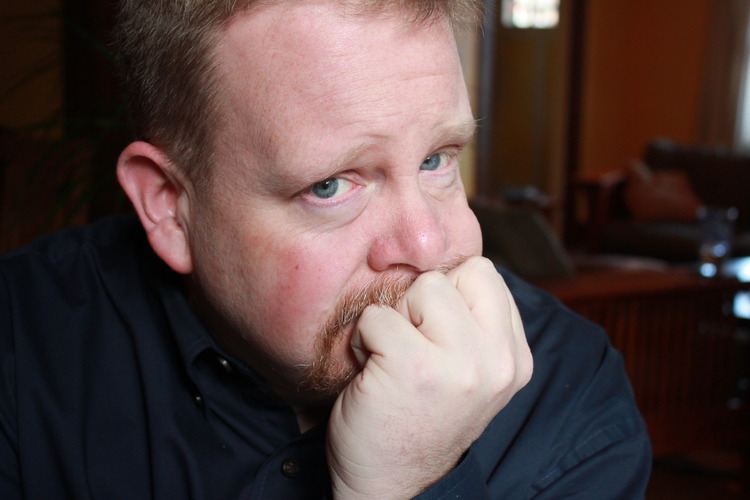 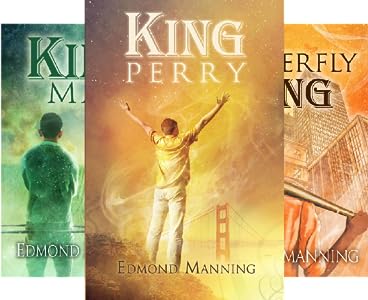 Edmond Manning has always been fascinated by fiction: how ordinary words could be sculpted into heartfelt emotions, how heartfelt emotions could leave an imprint inside you stronger than the real world. Mr. Manning never felt worthy to seek publication until recently, when he accidentally stumbled into his own writer’s voice that fit perfectly, like his favorite skull-print, fuzzy jammies. He finally realized that he didn’t have to write like Charles Dickens or Armistead Maupin, two author heroes, and that perhaps his own fiction was juuuuuuust right, because it was his true voice, so he looked around the scrappy word kingdom that he created for himself and shouted, “I’M HOME!” He is now a writer. In addition to fiction, Edmond enjoys writing nonfiction on his blog, www.edmondmanning.com. Feel free to contact him. --This text refers to the paperback edition.

4.9 out of 5 stars
4.9 out of 5
23 customer ratings
How does Amazon calculate star ratings?
Amazon calculates a product’s star ratings based on a machine learned model instead of a raw data average. The model takes into account factors including the age of a rating, whether the ratings are from verified purchasers, and factors that establish reviewer trustworthiness.
Top Reviews

Katie * The Back Porch Reader
5.0 out of 5 stars "Kings are not born: they are made by universal hallucination." –George Bernard Shaw
Reviewed in the United States on September 20, 2015
Verified Purchase
I’ve been trying to wrangle my thoughts for days after finishing this book. It’s not working. My brain is scattered in so many directions right now with this book and this series in general. Take away: this book (the series, really) has made an impact.

How do I find the adequate words to describe the magnificence and brilliance that is The Lost and Founds series?

I don’t know that I can, but here is where I’ll try.

These are not your typical romance books. Yes, there is love. Lots of love. Yes, there’s some sex. Yes, there are two people finding their way. There is a journey, of sorts. There is betterment, of sorts. This is packed with a wild array of emotions that will have the reader laughing out loud and sobbing in their cheerios. Well, this reader at least; but it wasn’t cheerios, it was wine. There is way more to this book and series than what is found in anything else in this genre that I’ve encountered. Far, far more.

I don’t know to what extent the ‘far more’ reaches yet. I started reading the books in this series in May of this year and was instantly wowed, amazed, and enthralled. I knew these books weren’t typical. I think they’re a study in existential transformations, finding your authentic self, and being guided to those self-actualizations by the mostly manipulative, highly creative and intelligent, but thoroughly unreliable narrator called Vin Vambly (not his real name). Again…there’s more to it.

Also, the clever author who is Edmond Manning has tucked in little nuggets—Easter Eggs, if you will—of information, hints, teasers, puzzle pieces, that, if you’re paying attention, should start falling into place to give the reader a broader understanding to the entire world and construct of The Lost and Founds and the Kings who belong there.

I don’t think I was paying my full attention in the first few books. I don’t think I picked up on all of the clues—some, yes…erm, maybe. I must put it on the top of my “To Do’ list to go back and read all the books again.

I highly recommend reading the entire Lost and Founds series. Make sure to read them in the order they were published. I think that’s an important point. Open your heart and mind and let Vin lead the way through the first four vastly unique journeys. Even if you miss the clues and symbolism these books are a well written and wildly entertaining emotional journey.
Read more
One person found this helpful
Helpful
Comment Report abuse

So, here would be the place I attempt to provide a succinct synopsis of this incredible tome that spans a mere few days but feels as though it has exposed more raw emotional material than ever before. Returning to the place where he has truly felt at home for the only time in his life, Vin partakes of the Burning Man festival held in the Black Rock Desert in Nevada. A seven day exploration of self expression that has few boundaries and is geared toward inclusion, self-reliance and the idea that they will leave no trace of themselves after the end of their time in the desert. Everything that can burns in the end, including the gigantic man who is built to herald in the event and mark it’s closing.
Vin meets all manner of people but as in the past with this man there is always an edge of worry—for you see this is not his first year and he has a reputation that precedes him—he has made an enemy. A ranger discovered Vin many years before when he broke the law and jumped the barrier that keeps the burning man participants safe from wandering off and getting lost in the desert. The fence is also a way to contain those who attend the festival so that there can be some stability in what appears to be well established chaos. The rangers do not like rule breakers and poor Vin is a veteran rule breaker
So he moves about the festival happy in many ways and yet cautious, for this is the Vin we know from previous novels: controlled, careful, self-critical and condemning, lost while still being the near perfect guide for men in need of rediscovering their kingship. While this was not meant to be a king weekend, Vin will be approached by a man desperate to become just that—a found king. Alistair is an enigma, a British lawyer on American soil who has met one of Vin’s success stories, another found King, Liam.

Alistair is positive he knows it all—has got a fix on Vin and his many bag of tricks—his “magic”. Alistair pursues Vin who almost grudgingly gives in and sets the wheels in motion for this lost king to find his way to cross over and return to his destiny. But Alistair is full of questions and resists Vin’s best attempts to guide him on the right path. In fact, Alistair will be the linchpin to cracking wide open a time in Vin’s past that he has kept hidden for so long. Vin will be forced to share a memory that to this day still has the power to gut his soul and remind him of the failure he is so certain he is—a lost king that will never be found.

King John begins slowly, unwrapping the festival and establishing it’s background, setting the scene for us. Even when Alistair arrives to make Vin’s final days at Burning Man a frantic scramble for setting up a king weekend the story almost lazily takes on the challenge set before Vin. Then something happens. I am not sure at what point this story became so intense but the moment it did I could not put this book down. So much was at stake suddenly, lives in peril, a dredged up past threatening to destroy the fragile equilibrium that Vin clings to in order to not see how horribly he does not belong. All of a sudden this is not about Alistair but rather about survival and not only Vin’s.

This was perhaps the most gut wrenching King novel to date. In previous books, we had been privy to Vin’s great moments of self-doubt and frantic worry that he was not going to do right by his lost king—that he would be the thing to prevent a king from crossing over due to his fumbling, heavy handed acts that were meant to aid his King rather than hinder. This was the Vin we had grown used to—the one that we would shout at again and again to stop berating himself, stop worrying, stop running away from his own destiny. In this novel, author Edmond Manning has done the unthinkable—he has lulled us into this false sense of security. He’s come along side us and with a nudge and a wink assured us that Vin was just doing that “Vin stuff” he does and all would work out in the end. Till now. Till King John. Till an ending so shocking that I actually dropped my kindle. No, say it is not so, Mr. Manning—say it is all just another elaborate clue that will lead to a happy ever after for our Vin--our lost king who surely will get found.

Instead we got…I am afraid you will have to read this novel to complete that sentence for yourself. Is this long trek into madness and mayhem in the desert worth the emotional wreckage it might leave behind with you? I must say, dear reader, it is. There are such wonderful moments in this story and there are such heart breaking times as well. However, it is the journey—as always it is the journey that will make you race through this novel and once again recognize just a piece of your own humanity within its pages. I bid you calm winds and cooler days as you traverse this desert with Vin. Every second with this story is a second well spent.
Read more
One person found this helpful
Helpful
Comment Report abuse
See all reviews from the United States