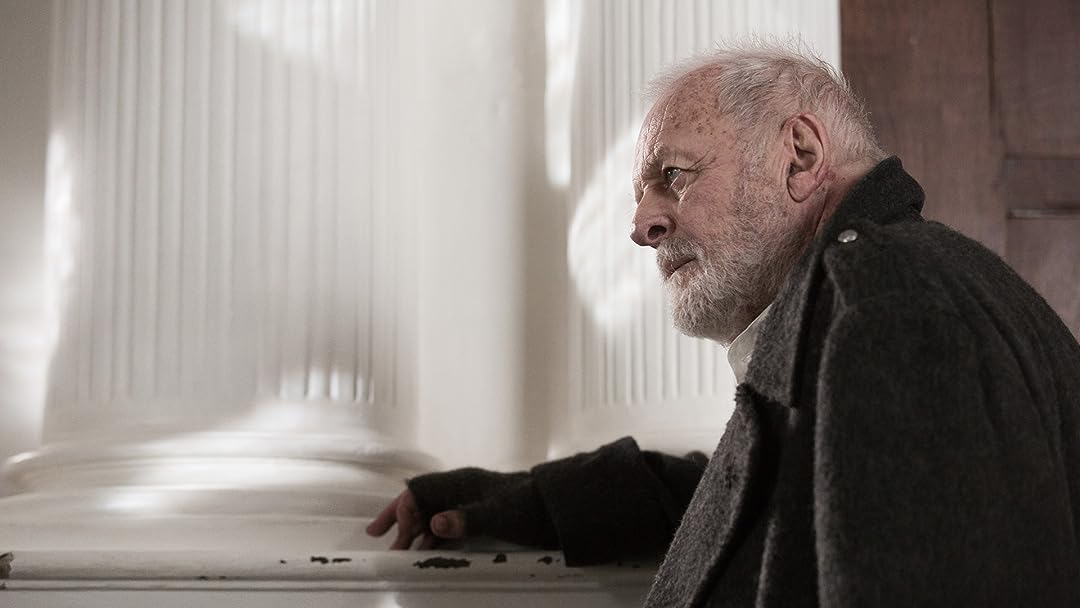 Season 1
(477)6.22018X-RayHDRUHD13+
Set in the fictional present and starring Anthony Hopkins, the 80 year-old King Lear divides his kingdom among his daughters, Goneril, Regan and Cordelia, according to their affection for him. When his youngest daughter, Cordelia, refuses to flatter him, hurt and angry Lear banishes her. With that fateful decision, family and state collapse into chaos and warfare.

GiggirlReviewed in the United States on September 28, 2018
5.0 out of 5 stars
Masterful Rendition, in a Modern Setting, of Shakespeare Classic
After viewing episode one, I am perplexed that anyone would give this masterful production of King Lear performed by Academy Award winners Sir Anthony Hopkins, Emma Thompson , Jim Broadbent and Oscar nominee Emily Watson, along with an entire cast of formidable players, one star for their work. Just because they are seamlessly speaking in Shakespeare's language? That is enough to dismiss this grand production that sparks with familial tragedy against a gritty London background? Well, this 5 star review is for the directing, acting, succinctly selected dialogue and the once in a lifetime acting ensemble that brings the whole package home.
288 people found this helpful
Report abuse

Jim V.Reviewed in the United States on September 28, 2018
5.0 out of 5 stars
Incredible. If you enjoy Shakespeare, watch this as many times as possible.
A titanic cast with the backing of two great studios, the BBC and Amazon, this could not have gone wrong. Everyone is on point, the cast, directing, editing, writing. King Lear is a notably longer play and this production captures the very essence, making cuts as is always necessary with Shakespeare on film, bringing us into all the drama and emotion of his finest play. Anthony Hopkins and Emma Thompson have never been better. It’s well paced such that I’m left delightfully exhausted by the end. A definite must watch for Shakespeare fans.
134 people found this helpful
Report abuse

AnonymousReviewed in the United States on September 29, 2018
2.0 out of 5 stars
A missed opportunity
I love Shakespeare, and I'm not opposed to modern adaptations. National Theater Live's Julius Caesar did this effectively, and seamlessly. The politics and family drama of King Lear could just as well be plausible today as they would be in Shakespeare's time. The setting is not the issue here. Neither is the cast. How could you possibly go wrong with living legends like Anthony Hopkins, Jim Broadbent, Emma Thompson, Jim Carter and Emily Watson? Individually their performances were outstanding.

But the sum of its parts just never clicked. I understand they cut nearly a third of the play out to bring it under two hours. Sadly that left big gaps in the narrative, and made the transitions frustratingly jarring. I've seen at least 4 versions of Lear, both in film and on stage so I'm more than familiar with the characters and the plot. But watching this left me a little confused.

I wouldn't mind a three-hour version of this, with the same cast. It would make the storytelling more logical. A lot of what was left out would have helped establish the value of the relationships, and would have given the conflict (and eventual character deaths) more emotional impact. Changing the fool's suicide to what looked like a heart attack practically made his character useless. He's supposed to be the only voice of sanity in all of the madness, and when he realizes all is vanity, his becomes one of the most heartbreaking deaths in the play.

I really wanted to like this. It's a quality production with an amazing cast, but it wasn't enough.

My other car is the TARDISReviewed in the United States on September 28, 2018
5.0 out of 5 stars
Standing Ovation For The Amazing Cast and Crew
Absolutely amazing cast! I'm not the greatest with Elizabethan English but the acting, directing and cinematography was brilliant. We couldn't have asked for a more stellar cast! I'm blown away! Please setup stop giving it one star. It's basically trolling a beautiful remake. Maybe you should have turned it off and started another movie/series?
89 people found this helpful
Report abuse

Patrick SReviewed in the United States on December 15, 2018
5.0 out of 5 stars
Amazing Acting!
Verified purchase
I don't understand all the negative reviews for this movie. Granted, the modern setting is a bit incongruent. Watching King Lear arrive at a castle in a Land Rover can be disconcerting. However, the brilliant and inspired acting by the whole cast makes you forget about any setting mismatches. Furthermore, I love the British style of casting actors whose physical appearance is the opposite of what you'd expect. The fine acting transforms these players into the very figures they represent. For instance, the Fool is a boy in Shakespeare's play, but the elderly actor who portrays him becomes that boy through his flawless thespianism. Needless to say, Anthony Hopkins is brilliant, to such a degree that I went out and bought the 'No Fear' edition of the play and read it from beginning to end. Such beautiful English rendering timeless insights we can all learn from.
19 people found this helpful
Report abuse

Amazon CustomerReviewed in the United States on September 29, 2018
5.0 out of 5 stars
A masterpiece
As someone who has seen King Lear performed dozens of times, both on stage and on the big and small screens, this is now one of my favorite productions. (Most recently, I saw the RSC's production at BAM this year, which set a very high bar for choosing a favorite.)

The cast, of course, is brilliant. Hopkins delivers a supreme performance, while having enough confidence to give the rest of the able cast space to shine.

Karl Johnson (memorable from his role as Cato in "Rome") is an inspired choice for The Fool. Emma Thompson's Goneril is a perfect mixture of horror, disdain and regret brought to life. Andrew Scott (famous to me for his Moriarity in "Sherlock) was born to play the poor, mad Edgar.

It's Richard Eyre's direction that impressed me most. This is a difficult play to edit for length, and he did so perfectly. He also developed Shakespeare's theme of houses/homes within the play masterfully. The best example of this is at the end of the storm scene, where the hovel scene is set in a refugee camp. When Hopkins/Lear looks around at the refugee's squalor and says, "I have taken too little care of this" it sent shudders down my spine.
60 people found this helpful
Report abuse

dismasReviewed in the United States on May 9, 2019
1.0 out of 5 stars
Time Waste
Verified purchase
OK, so maybe I am a dumb Redneck from the USA. I just did not particularly enjoy sitting through an entire movie where the dialogue was in a form of English (and the closed captions worked fine) that was intelligible at about a 50% level. It could have used closed captions translating Shakespeare's English into Redneck. That would have helped. I am a huge fan of Anthony Hopkins. I'll not sit through this one twice.
7 people found this helpful
Report abuse

Kit MarloweReviewed in the United States on October 30, 2018
1.0 out of 5 stars
A Travesty
Aside from the marvelous Hopkins, this is one of the most insensitive, silly, misguided, and importunate productions of a Shakespeare play I have ever seen or even heard of. Start with the casting. When Lear prays that Goneril be rendered barren ("Dry up in her the organs of increase") it is a truly terrible curse. Some of its sting, however, is lost when it is directed at an actress who seems to be pushing 70. The knights as commandos are bad enough, but the knights as total Yahoos are much worse, and that is part of the director's attempt to exonerate Goneril and Regan, to show that maybe they weren’t so bad after all. After all, who would want hundreds of such louts in one's house? But look here. There was a great scholar whose name was William Alfred. One day, when he was lecturing on King Lear, he came to the podium visibly shaken, holding a clipping in his hand. "It says here," he said, "that there is something to be said for Goneril and Regan." He paused and glared out over the audience. "Please remember what I am going to say," he continued. "There is NOTHING to be said for Goneril and Regan." Good heavens, look at what that pair does. It goes far beyond their acts as ungrateful daughters. Even the slightest elevation of these two monsters is an affront to any thinking feminist.
So we must bend KING LEAR, a story that was ancient even in Shakespeare’s day, into modern dress, twist it into a feminist form, bludgeon it into silliness with its attempt a multiculturalism, miscast the characters, and invent actions that never occur in the text. Personally, I would rather watch Mr. Wopsel’s production of Hamlet. Or, perhaps in an new production we should give the part of Gloucester to the Near-Sighted Mr. Magoo with Bugs Bunny as the fool and Elmer Fudd as Lear.
41 people found this helpful
Report abuse
See all reviews
Back to top
Get to Know Us
Make Money with Us
Amazon Payment Products
Let Us Help You
EnglishChoose a language for shopping. United StatesChoose a country/region for shopping.
© 1996-2021, Amazon.com, Inc. or its affiliates