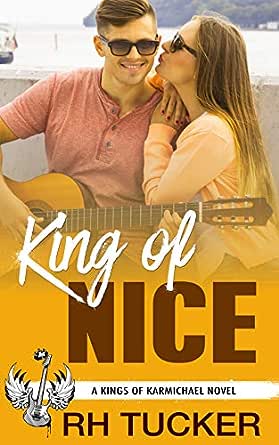 You've subscribed to Kings of Karmichael! We will preorder your items within 24 hours of when they become available. When new books are released, we'll charge your default payment method for the lowest price available during the pre-order period.
Update your device or payment method, cancel individual pre-orders or your subscription at
Your Memberships & Subscriptions
There was an error. We were unable to process your subscription due to an error. Please refresh and try again. 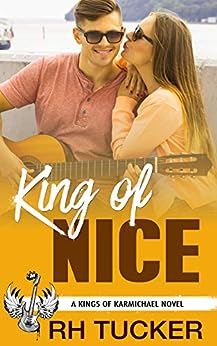 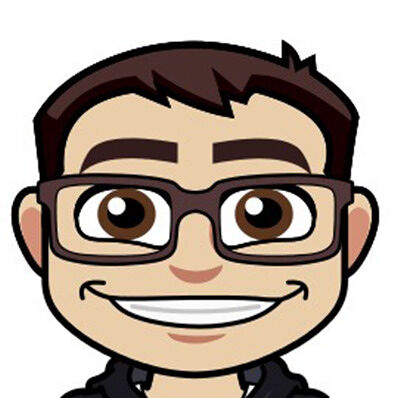 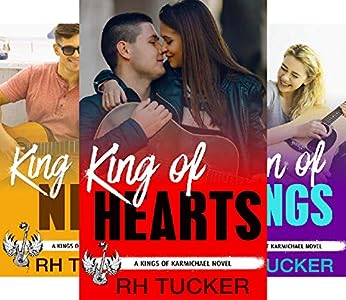 Khadejah
4.0 out of 5 stars Nice guys don’t always finish last
Reviewed in the United States on February 5, 2020
Verified Purchase
EJ has hated the moniker King of Nice since the moment he received it. He wants it gone, but is too shy to achieve his goal.

Skye has been burned by her ex-boyfriends and is now known as a heartbreaker. How? The relationships ended amicably...or so she thought. Now she wants to be known as the heartbroken.

EJ and Skye come together hoping to help the other’s image while reinventing their own. Only they fall for each other during their charade.

I really enjoyed getting to know EJ more in this book. Skye and The Electrocutes are so much fun. I look forward to seeing them more in future installments.
Read more
Helpful
Comment Report abuse

Minnie
4.0 out of 5 stars Great relationship development
Reviewed in the United States on May 23, 2020
I enjoyed this book but like the first book in the series I was also frustrated with it. RH does an awesome job developing the budding relationship with the H & h, it’s totally believable and understandable why they like each other. They’re totally cute together and I love their characters separately. I think RH is a great writer, and has done a great job with the characters in these books--you really get to know them. The romance in King of Nice is fantastic! Which is a bit of a surprise for me cause usually I don't enjoy male author's writing romance--many of them just don't see to do it well, but this is not the case with RH.

I have 2 things that bug me about this set of novels. One is very minor and the other is major. First the minor, in the books he refers to the twins as "maternal” or “paternal“ twins!! The correct term is “fraternal”, but it’s totally unnecessary to say that anyway because they're boy/girl twins so they can ONLY be fraternal twins and not identical.

The second issue is much bigger. I get needing angst in a novel, but the level of angst that goes on in this series goes way beyond interesting plot device, and goes into the frustrating zone. It's one of those things that could be solved by the characters saying 1 sentence about their true feelings, but every time they get close something gets in the way. This is fine for a while, but it gets old.

When the couples finally come together, its at the very end of the book and we hardly get to enjoy them together as a couple. Then the epilogue is about the next book's character, so we don't even get to enjoy the new couple there either. I love series that follow a set group of people because we get to keep following up with the characters we have loved from previous books, but in King of Nice, although all the characters are still present, Zoey is totally absent from this 2nd book, so again, we don't get to enjoy that relationship at all. And this is particularly a shame because the entire first book of the series is about whether Zoey & Derrik can make a long-distance/rock star relationship work. SO it would have been nice to see them making it work in King of Nice. Although that's alluded to, we never get to experience it.

Having said that, I enjoy the subject matter explored, the character development, the relationship development and the romance of King of Nice.

Book Worm Mom
3.0 out of 5 stars Nothing wrong with being nice
Reviewed in the United States on February 6, 2020
Though it took the entire book for EJ to figure that out.

Skye and EJ come to a deal about reimagining their images. They fall for each other along the way. And then there is a constant back and forth between them for the rest of the book.

I didn't really like Skye. She was so aggravating. She started the whole sham. And every time EJ tried to talk about his feelings for her, or show her he wanted something real, she reminded him of their deal. She firmly planted herself there, refusing to budge.

I felt horrible for EJ. The guy has no experience with girls and dating. Kissing one other person, and not in a relationship setting, doesn't count as experience. The poor guy was so twisted around and confused by Skye. Again, how is someone with no experience supposed to navigate the cluster they set up? Add Skye with her mixed signals, and you get the mess they made. I mean, seriously, every time he tried to be real, Skye would say something about their deal. (She further aggravated me with her blaming EJ for not speaking up. "He could have said something too" was her go-to excuse for sending mixed signals.)

I also feel we, as readers, got robbed at the end. They both, stubbornly, refused to admit they had more than a deal. Then EJ shows up, kisses her, and she's all "I wouldn't have it any other way"...? What the what is that? I feel like we should have seen them talk it out a lot more with each other after that ping pong tournament we went through.

Some of the best parts of the book involved Jade. I'm glad we got to see her more. She definitely helped EJ out, though she should've been more forceful. I hope in her book she breaks up with her boyfriend that is clearly with her for her fame.
Read more
Helpful
Comment Report abuse

Demi
4.0 out of 5 stars Fake dating
Reviewed in the United States on February 4, 2020
EJ and Skye form a pact. Both from different Rock bands playing at the same festivals. They each want o get rid of their image in the press. Skye’s image as a heart breaker. (though not true). Love them and leave them. And EJ’s image as the King of Nice. No girl wants to date a nice guy rock star. They all want the bad boy. So the idea is to be seen together in the press and have HIM leave her for another and become the heart breaker. While toughening up his image as well as bringing empathy towards Skye. Problem is neither one of them want to break up. But of course there is poor communication, mixed signals, and lots of hurt feelings. Is a fun read! Both are very likable characters. I recommend you read this!
Read more
Helpful
Comment Report abuse

Sierra (daydream.book.bliss)
5.0 out of 5 stars King Of Nice or King of Stealing My Heart
Reviewed in the United States on February 4, 2020
I am a HUGE fan of the King of Nice! I loved this book! I could have popped Ej + Skye upside the head a few times + wanted to tell them to get their head out of the sand + FINALLY say something bout actually liking the other more than just the deal. But in all due time. I loved how they were kind of opposites, where Ej was shy and unsure, Skye was confident + spunky. I loved their story + their dynamic. I can’t wait to read Jade’s story next!
Read more
Helpful
Comment Report abuse

richard joesten
5.0 out of 5 stars King of Nice
Reviewed in the United States on February 4, 2020
A fantastic read that grabs you from the first page to the last. Its a fast past read with epic scenes, the scenes are written so well that I can picture them in my minds eye. This is a real page turner with twists and turns that keeps you enthralled with this read. I definitely recommend this captivating read. Its a must read.
Shauna Joesten
Read more
Helpful
Comment Report abuse
See all reviews