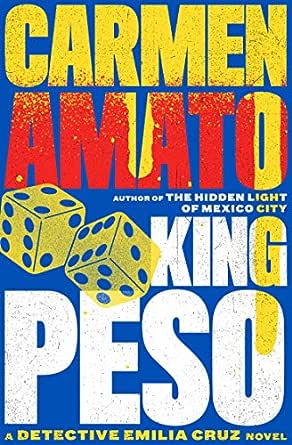 You've subscribed to Detective Emiia Cruz! We will preorder your items within 24 hours of when they become available. When new books are released, we'll charge your default payment method for the lowest price available during the pre-order period.
Update your device or payment method, cancel individual pre-orders or your subscription at
Your Memberships & Subscriptions
There was an error. We were unable to process your subscription due to an error. Please refresh and try again. 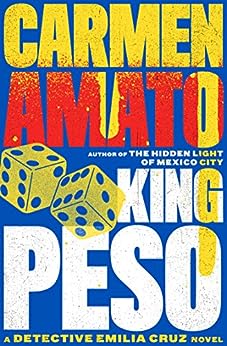 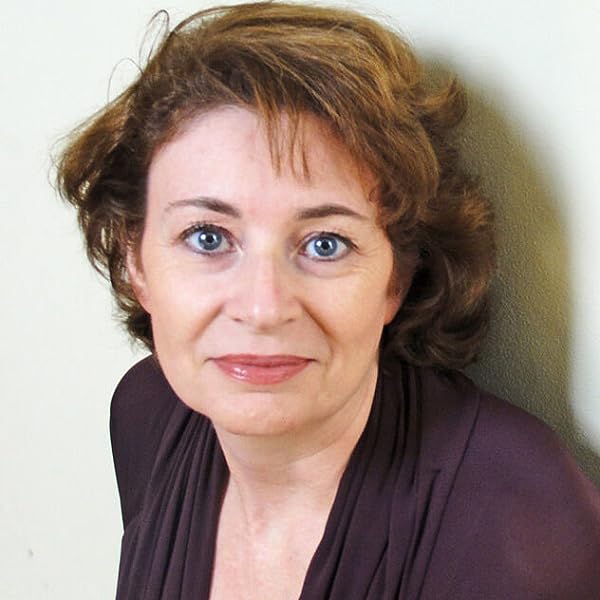 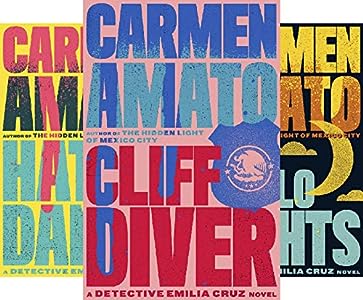 Emilia Cruz Encinos is back for her fourth outing as Acapulco's only female detective, once again confronting institutionalized corruption while trying to solve a string of murders.

Amato (Diablo Nights, 2014, etc.) skillfully juxtaposes the Mexican city of Acapulco's glittering, wealthy enclaves with its seamy, violent underbelly. Emilia inhabits both worlds, albeit uncomfortably: she hails from the poor side of town but now lives in a lavish penthouse suite with her American boyfriend, Kurt Rucker, the general manager of the Palacio Réal hotel. Their evolving, and occasionally devolving, relationship runs throughout the series.

This installment opens with the city's police department reeling from the execution-style killings of three high-ranking law enforcement officials, which the press has labeled "the El Trio murders." By the end of the first chapter, the wife of senior detective Franco Silvio is shot. But is this an attempted fourth El Trio killing, a byproduct of Silvio's own illegal bookie operation, or a case of domestic violence?

Meanwhile, the glamorous mayor of Acapulco, Carlota Montoya Perez, improbably decides to deal with the spate of recent violence by forming an all-female auxiliary unit--Las Palomas ("the doves of peace"), dedicated to creating an aura of calm in the tourist areas. Emilia, much to her displeasure, is transferred out of the detective squad and tasked with selecting and readying a troop of untrained recruits.

Amato weaves an intricate assortment of themes into a vivid tapestry that depicts both the beauty and ugliness of Acapulco. Her attention to clothing, food, and other details of the cityscape brings life to her characters. In one memorable moment, for example, Emilia encounters a band of young street boys with plastic soda bottles hanging around their necks, just below their chins; the bottles are filled with glue, which the boys sniff throughout the day: "The high from the glue cut hunger pangs and diluted the misery and loneliness of being homeless in a combat zone." There's as much dialogue and pondering as there is action in this novel, but the investigative pace holds steady, with danger and betrayal never more than a few pages away. --KIRKUS REVIEWS

4.4 out of 5 stars
4.4 out of 5
158 global ratings
How are ratings calculated?
To calculate the overall star rating and percentage breakdown by star, we don’t use a simple average. Instead, our system considers things like how recent a review is and if the reviewer bought the item on Amazon. It also analyzes reviews to verify trustworthiness.
Top reviews

George W.
5.0 out of 5 stars Has the Makings of a Great Series
Reviewed in the United States on January 26, 2018
Verified Purchase
Carmen Amato’s novel “King Peso” is an excellent read. The fourth in her series about Acapulco detective Emilia Cruz, I found it refreshing to read a book set in Mexico and written from the Latin point of view. There are plenty of “gringos” in the book, including Emilia’s current amor Kurt who manages one of the largest and most successful hotels in Acapulco. The murder of three Acapulco cops by an unknown assailant has been dubbed the El Trio killings. When the wife of Emilia’s partner Franco Silvio is apparently killed by the same hand as the others, some members of the police force begin to wonder if the killer is one of their own and if Franco, not his wife, was the intended victim in this case. There are clues which point in many directions but the author does a masterful job of tying up all the loose ends until the list of prime suspects is narrowed down to two. Now all Emilia and Franco have to do is eliminate the innocent person of the remaining pair.

Amato’s writing style is smooth and the narrative interesting enough to keep the pages turning and turning. I look forward to reading more in the series.
Read more
2 people found this helpful
Helpful
Report abuse

Sea Nymph
5.0 out of 5 stars Amelia gets shoved around again.......
Reviewed in the United States on August 19, 2020
Verified Purchase
This was actually my 5th book of the series, if you count the prequel. I have enjoyed all of them, but her insecurities in relation to Kurt , and her innate mistrust of him, do get a bit tiring. Add to that the mayor's harebrained schemes.....this last one was almost funny, because even tho it was a potential disaster, Emelia came through and made it work, in spite of her airhead boss, as well as the mayor.
The thing I like most about Ms Amato's books is the way they weave bits and pieces from previous books into succeeding books, finally bringing things to an eventual, but not always satisfying, conclusion. Perhaps, since I've read these first 5 books in the space of about 10 days, my system is on a bit of an overload. Maybe a break will let me read the next with a fresh mind.
Read more
Helpful
Report abuse

Amazon Customer
3.0 out of 5 stars My fourth (and unfortunately) last Cruz novel
Reviewed in the United States on May 23, 2019
Verified Purchase
I’m finished with this series. The novelty of the lone female detective in Acapulco has completely worn off, and the author’s repetition has taken over. Corruption is everywhere. We get it. Emilia Cruz faces blatant sexism. We get it.

Two-thirds of the way through the book she sees no way to solve the crime. We get it. Then she gets so frustrated by all of the above; she cries. We get it. Then - boom - there’s a strange twist, a shootout and problem (mostly) solved. It’s the same tune every time.

Nancy Miami
4.0 out of 5 stars Another page turner
Reviewed in the United States on December 15, 2020
Verified Purchase
Finished in one night. A very good series. However, I find that the corruption of the police department and other government agencies to be incredibly disturbing. I spent time in Mexico and I knew corruption was very bad, but I had no idea that employees would not think twice about murdering their bosses if the boss did not share his graft money. I grew up reading all about police and government corruption in New York. Not much surprises me. But Mexico's corruption is on a whole different level. P
Read more
Helpful
Report abuse

Anita
3.0 out of 5 stars Couldn't Finish
Reviewed in the United States on December 1, 2018
Verified Purchase
Although this book is well written and captures the setting and culture of the story quite well - I found myself lost most of the time. I imagine it is because it is 4th or 5th in the series - so probably to really be able to track with what is happening I'd have needed to read the previous books.

Sorry, I feel bad about not being able to finish it. Perhaps I'll go back and start at the beginning and give it another shot.
Read more
One person found this helpful
Helpful
Report abuse

LovesToRead
5.0 out of 5 stars Another winner!
Reviewed in the United States on November 30, 2016
Verified Purchase
King Peso is a gripping mystery, owing in large part to the strength of the main character—courageous and fast-thinking Detective Emilia Cruz. The author presents readers with a well-rounded character in Emilia, balancing her personal life (family, friends, love interest) with job challenges (fighting corruption, solving murders, finding missing women).

Well-defined characters, excellent dialogue, and a plot that keeps you turning the pages—a sure recipe for success. Like the other novels in this mystery series, King Peso is a winner! Definitely one to add to your reading list.
Read more
2 people found this helpful
Helpful
Report abuse

Lovin' Retirement
4.0 out of 5 stars Fast Paced!
Reviewed in the United States on October 3, 2018
Verified Purchase
This was my first Detective Emilia Cruz book - and for those of you who care - it is a stand alone. The story is well paced with great characters, and character development. I did have a slight problem for a while keeping them all straight, as sometimes first name was used and other times last name. It could have been better edited, too - BUT - I still enjoyed the action, the unraveling of the murders, the loyalties, the gentle romance, and the location! I was invested in Cruz' s life through this book and only put it down once. I would read another of Carmen Amato' s books.
Read more
Helpful
Report abuse

james
5.0 out of 5 stars Authentic Acapulco
Reviewed in the United States on January 18, 2017
Verified Purchase
I have read all of the books in the Emilia Cruz series, and I loved every one. The author paints such a detailed, dramatic, and authentic picture of Acapulco and the surrounding area, that you feel you could successfully navigate the city by reading her books alone. Emilia Cruz is a tough, street-wise detective, who is not wholly immune to the rampant corruption that runs through most of the governmental bureaucracy in Mexico. However, she also has a heart of gold and a moral compass that consistently points toward common decency. I look forward the next installment in this series, and I highly recommend this author's work.
Read more
2 people found this helpful
Helpful
Report abuse
See all reviews

Kindle Customer
3.0 out of 5 stars Mixed feelings.
Reviewed in the United Kingdom on February 3, 2018
Verified Purchase
I don't know if I am being fair or not with my headline but that is how the book left me feeling; interesting characters, interesting setting and interesting plot. The writing was good as well, but it just seemed that the whole just didn't quite add up to the parts. Having finished the book, I was left feeling similar to having just finished a "taster meal" at a good restaurant, all the bits are good but you are still waiting for the main course.
After having read Don Winslow's "Power Of The Dog" and " Cartel" I have always wondered how a honest police officer could function in Mexico and how every day policing could even begin to offer a modicum of protection to ordinary people. Having just read "King Peso" I am even more in awe of the bravery and decency needed by police officers such as Emilia Cruz.
I will certainly give the series a revisit and hope that next time the whole adds up to the quality of the parts.
Read more
Report abuse

Tina
4.0 out of 5 stars 😊
Reviewed in the United Kingdom on September 29, 2019
Verified Purchase
Well written investigative thriller with plenty of twists to keep you guessing. Murder mystery surrounding cops until a cops wife is killed instead. Intriguing novel.
Read more
Report abuse