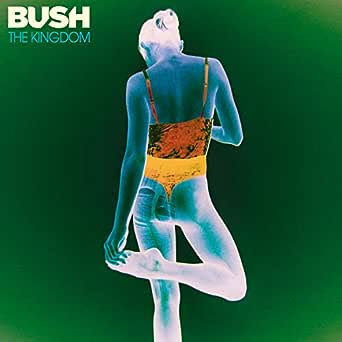 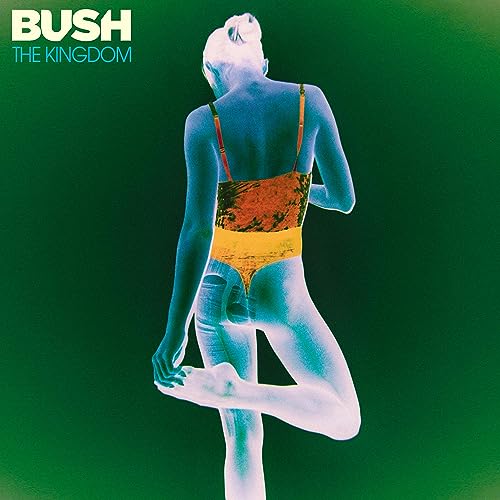 4.7 out of 5 stars
4.7 out of 5
576 global ratings
How are ratings calculated?
To calculate the overall star rating and percentage breakdown by star, we don’t use a simple average. Instead, our system considers things like how recent a review is and if the reviewer bought the item on Amazon. It also analyzes reviews to verify trustworthiness.

MICHALE M
5.0 out of 5 stars Best record since Sixteen Stone.
Reviewed in the United States on August 3, 2020
Verified Purchase
I've listened to this record probably about two dozen times already and each listen gets better and better. Overall, every song is at a medium pace and fattened with thick crunch guitars that harken back to the early-to-mid 90s. If I had to complain about something, it would be how basic the drums are on most of the tracks.

I can remember specifically which songs stood out on the very first listen. Those were "Bullet Holes", "Blood River", "Send In The Clowns", "Our Time Will Come", and "Falling Away". Also, the lone mellow song "Undone" stands out among the wall of guitar crunch it is sandwiched inbetween.

Two of those songs made me "studio smile". This is a very specific type of smile that musicians and songwriters (like myself) make when they're listening to a mix of their audio track and they have realized that they have successfully translated the feeling in their head to audio output. This is perfecting your craft. In the case of listening to another person's music, it's being in sync with someone else's craft. I studio-smiled through the entire chorus of "Blood River" the first time I heard it. I successfully predicted how the second half was going to be sung after listening to the first half. Synced up, man! This happened again during the short guitar lead in "Send In The Clowns". Maybe it reminded me of a different song, but that part rocks and I wish it was longer, especially when it wails out at the end. They could have Freebirded it and have it ring out for two more measures before kicking back into the final chorus.

The verse "Our Time Will Come" has a strong Alice in Chains vibe, and the climatic "Falling Away" sounds like one of my favorite lesser-known bands called Dredg.

I want to mention that "Send In The Clowns" might be my favorite track on the album. I'm starting to wonder if it was originally called "Send In The Clones". I haven't properly sat down and read along with the included lyrics, but Rossdale is one of those singers who you rarely mishear due to his singing style. There is a clear theme throughout the record about humans and robots, and it would make sense that he was singing about clones rather than clowns. But maybe I need to read all the lyrics and come back to this review.

But yeah, this is my second favorite Bush record, behind the untouchable Sixteen Stone of my youth.

Dave, philly
4.0 out of 5 stars Buy it
Reviewed in the United States on July 19, 2020
Verified Purchase
Very good album, although I couldn't tell from Amazon's samples.

I was able to find most of Chevelle's best songs very easily from Amazon samples because the 30-second clips were well chosen. But the samples for The Kingdom don't showcase the songs' best parts or the things that make each song distinctive.

I was pleasantly surprised when I got to hear the full album.

I kinda bought "The Kingdom" as a placeholder while I wait for the next album from Seether, but it's really good, although probably not as good as "Sixteen Stone."

Also, I think Gavin Rossdale is a good singer, but I don't think Bush is as creative with their melodies as they are with their guitar riffs and bass lines.

So you need to listen through good speakers. I think lower-quality speakers do a pretty good job of playing voices singing but not such a good job playing music, especially low tones from rhythm guitar and bass.
Read more
5 people found this helpful
Helpful
Report abuse

badfisch
4.0 out of 5 stars Progressive
Reviewed in the United States on July 27, 2020
Verified Purchase
Bush / Rossdale deserve tons of kudos for continually putting out new music. So many bands that have been around as long as Bush go on the "best of" tour & live off of the past. This CD shows yet another side of the band with a hint of the heavier sound of their past. Add a 1/2 star to the above antiquated Amazon rating system.
Read more
7 people found this helpful
Helpful
Report abuse

Robert Wiles
4.0 out of 5 stars Bush come back with their best album since 2011 at least
Reviewed in the United States on August 18, 2020
Verified Purchase
So where to put this album against the other Bush album? It's really a difficult decision but I did listen to the album about five or six times and I've come to some basic conclusions.

No the album isn't better than sixteen Stone and I don't think it's better than the science of things. But I do think this is there fourth best record. Guess which one is third Golden State. They're most underrated album by far. And to me I'm a huge Bush fan love them for a long time their worst album to me is Man On The run. It's decent it's okay but that's all it is a lot to fill her in that. But let's talk more about the brand new album from Bush entitled The Kingdom.

The album starts off nice and heavy with the current number 10 rock song in America with flowers on Your Grave it's following up by the title track the kingdom which is really good in itself and then after that you get bullet holes from the John Wick 3 soundtrack which is just phenomenal probably maybe their best songs in Sound of Winter? Then you get ghost in the machine or slaves which ever you call it it's been called both.

The fourth track ghost in the machine / slaves whatever you want to call that it's listed as slaves of my album it is all right track if it's not bad it's a little better than pillar. Then you get blood river which is amazing and very underrated and then maybe the most unique and maybe the best song on the album Maybe quicksand at number six. Followed by the very heavy send in the clowns and then what should be their biggest hits since the sound of winter is undone. It's a ballad about a horrible breakup I think and it's just gorgeous and that song If marketed correctly should be a big hit. And this album doesn't get five stars because for me anyways the last three or four tracks are a bit weaker than the first two-thirds of the album the first two-thirds of the album almost comes off with a greatest hits album I mean really really good the first 8 song song nine is all right and then the last three Crossroads and words are impediment they're just okay rock songs blend

But all in all as an album this is a great album it's definitely their best album since see of memories and it's on par with black and white rainbows for sure and in my opinion it's their fourth best album.

Jamie Russell
5.0 out of 5 stars Just brilliant
Reviewed in the United Kingdom on August 10, 2020
Verified Purchase
This album was so good it has made me by their entire back catalogue including Gavin Rossdales solo album to. After a really difficult time music through lockdown when this arrived it really did put a smile on my face as it sounded fresh new powerful and I must listen
Read more
One person found this helpful
Report abuse

Amazon Customer
5.0 out of 5 stars Back to their best
Reviewed in the United Kingdom on July 18, 2020
Verified Purchase
There best album in years, heavier and harder than there recent albums, quality tracks from start to finish, many of them likely to become staple tracks for live shows for years to come.
Read more
One person found this helpful
Report abuse

Richard - Hitchin
5.0 out of 5 stars If you like Bush…
Reviewed in the United Kingdom on November 25, 2020
Verified Purchase
If you like Bush…
Then you will like this. A return to form in my book. Not that previous albums were bad, its just this is even better.
Read more
Report abuse

Jan Maruska
5.0 out of 5 stars Album of the year
Reviewed in the United Kingdom on August 23, 2020
Verified Purchase
Album of the year by a long way! Guitars and drums just relentless throughout and every song is a gem! Gavin's voice never sounded better and I cannot stop playing it! Great record!
Read more
Report abuse