Kingdom of the Silver Cat and millions of other books are available for Amazon Kindle. Learn more 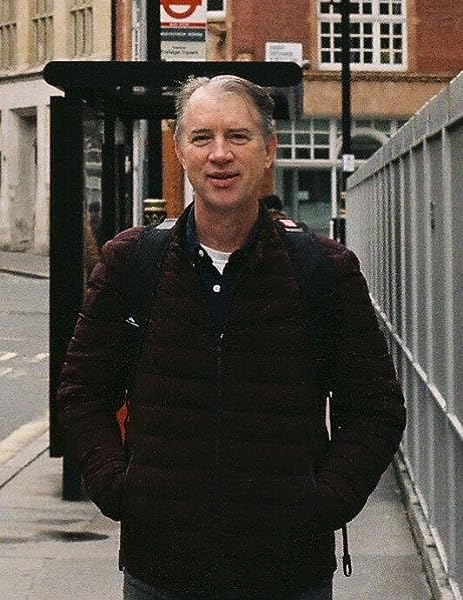 Kingdom of the Silver Cat (The Sapphire Fruit Chronicles) Paperback – May 17, 2019

by Thomas Carroll (Author), Linda Huang (Illustrator), Jackie Carroll (Illustrator) & 0 more
4.6 out of 5 stars 58 ratings
See all formats and editions
Sorry, there was a problem loading this page. Try again.

"Creative, authentic, and unique, but also supported by strong life lessons and powerful messaging for impressionable minds." - The Independent Review of Book

"Imaginative, intense, and heartwarming . . . . Young readers will swoon." - Booklife Reviews
"An original, fantastical middle grade adventure." - Forward Clarion Reviews
"If Lord of the Rings and The Chronicles of Narnia had a love child, Kingdom of the Silver Cat would be it!" - Erin Cataldi, Barbarian Librarian Book Reviews
"An enchanting experience to a land you won't want to leave." - Jaylynn Korrell, Independent Book Review
"A unique story with unique characters. . . . [a] book with heart and soul." - The Librarian Reviews

"A whirlwind adventure . . . not to be missed." - Author Anthony Avina

Kingdom of the Silver Cat is the first book in the Sapphire Fruit Chronicles series.

Tom Carroll grew up in Northern California, where he fell in love with fantasy adventure stories. As a child, he read all types of fantasy yarns from folk tales to epic adventures. One day in the fourth grade, while riding to school he had the idea for a story about a bus full of children transported to a strange land. He wrote early chapters of the book over the next couple of years but eventually became interested in other things and put it aside.
As an adult, with children of his own, Tom returned to the story. He wrote several chapters and read them to his children. They responded enthusiastically, so he continued to toil away at the book. The tale grew in the writing until it no longer fit into a single volume. Tom decided to write a series and call it the Sapphire Fruit Chronicles.
Read more
Start reading Kingdom of the Silver Cat on your Kindle in under a minute.

michel'le
5.0 out of 5 stars Your child will love exploring the kingdom of the silver cat
Reviewed in the United States on December 30, 2019
Verified Purchase
Over Christmas break, I decided to read this book with my stepson (nine years old). He usually doesn’t like reading (lol it is literally like pulling teeth!) However, the Kingdom of the Silver Cat (The Sapphire Fruit Chronicles Book 1) by Thomas Carroll was a big hit with him! The Kingdom of the Silver Cat (The Sapphire Fruit Chronicles Book 1) is a fantasy theme chapter book that focuses on fifteen school kids (who have adorable illustrations and basic info written up about them at the beginning of the book) who are riding on a school bus on a regular rainy day. However, when the rain abruptly stops, the kids started to notice that they were odd colors form on the asphalt in front of them, like magic. Then a blue light magically transforms into a wall of light that transports the kids to a magical place. Soon after, each of the children discovers that they have been given a magical power and a weakness. As with anything in life the children learn that with great power comes great responsibility and even greater adversity. That adversity comes through the kids having to navigate themselves across this strange, new land, all while avoiding giant birds that have been ordered to capture them and bring them to their evil master in hopes of controlling the children’s new powers.
I would recommend this book to kids nine and up. Even if your little one isn’t a strong reader just yet this would be the perfect book to use as a read-aloud. Not only that but the illustrations and maps are sure to keep their interest. I am looking forward to reading the second book myself!
Read more
5 people found this helpful
Helpful
Report abuse

Diane Richardson
4.0 out of 5 stars So, if I find out an old junior high and high school classmate has written a book, I’m all in!
Reviewed in the United States on August 17, 2019
Verified Purchase
This is a fantasy story, the first in what will be a series, written for children. I think the original description I read said it was for 8 years old and up. I don’t see many 8 year olds sitting down and reading this, but it would be a good book for parents and kids to read together. This is the story of a group of children, that while riding the bus to school one day, drive through a strange blue light and come out in a strange land. While in this land, they discover they each have some kind of magical gift, which they have to learn how to use as they make their way through this land with magical, and sometimes scary creatures. The kids in this book have quite the adventure as they travel across this strange land, avoiding giant birds that have been tasked with bringing them to their evil master, who wants to control their new powers. So, if you are an adult thinking of reading this, remember, it is a kids book, and I will be buying a copy for my nephew and nieces. There is lots of action, and it is very creative. it blows my mind to know that Tom actually started this story when he was in the fourth grade! I can’t really remember what I was doing in the fourth grade, but I sure wasn’t writing a book! Good for you To. Carroll!
Read more
5 people found this helpful
Helpful
Report abuse

bthomas
5.0 out of 5 stars Engaging Fantasy Story
Reviewed in the United States on December 20, 2019
Verified Purchase
Thomas Carroll, in Kingdom of the Silver Cat (The Sapphire Fruit Chronicles Book 1) has penned a delightful fantasy story that will engage and captivate readers, young and old. It’s the story of a group of young friends who are transported from a normal bus ride to a fantasy world of incredible adventure and mystical creatures.
The story is launched from an ordinary school bus ride on a rainy day. When the rain suddenly stops, “glittering,” “shimmering” colors form on the asphalt. Suddenly, a prick of blue light darts down and the bus comes to a blue wall of light. The children black out momentarily and awaken in a new, strange place. It’s a place with where clouds have silver and gold linings. It’s place of a strange mist that induces freezing, unusual candy tasting fruit, talking fish, an ever-changing trail, and a host of different characters including a talking monkey. The kids embark on a journey to the Silver City. What makes it even more curious is that each child now possess a magical gift and power. It is a new land of adventure that isn’t without suspense. Giant birds attack with the goal of bringing the kids to their masters. The story races to a thrilling climax featuring the title character, the silver cat. The final confrontation with the silver cat and his rescue of Bobby, one of the kids, is exciting and packed with surprises.
Carroll’s story is entertaining and lends itself easily into a sequel. The themes of friendship, overcoming adversity and never quitting emerge. The book opens with some great artwork; a few maps and descriptions of the kids. Linda Huang and Jackie Carroll do a great job capturing the characters Carroll paints throughout the book. The book is a bit longer than most for kids, but it reads quickly. If you’re a fan of quality fantasy literature, you’ll need to read Kingdom of the Silver Cat.
Read more
4 people found this helpful
Helpful
Report abuse
See all reviews
Back to top
Get to Know Us
Make Money with Us
Amazon Payment Products
Let Us Help You
EnglishChoose a language for shopping. United StatesChoose a country/region for shopping.
© 1996-2021, Amazon.com, Inc. or its affiliates