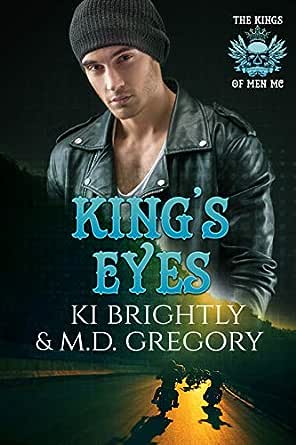 You've subscribed to The Kings of Men MC! We will preorder your items within 24 hours of when they become available. When new books are released, we'll charge your default payment method for the lowest price available during the pre-order period.
Update your device or payment method, cancel individual pre-orders or your subscription at
Your Memberships & Subscriptions
There was an error. We were unable to process your subscription due to an error. Please refresh and try again. 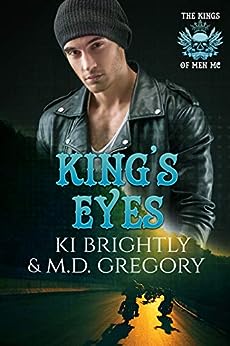 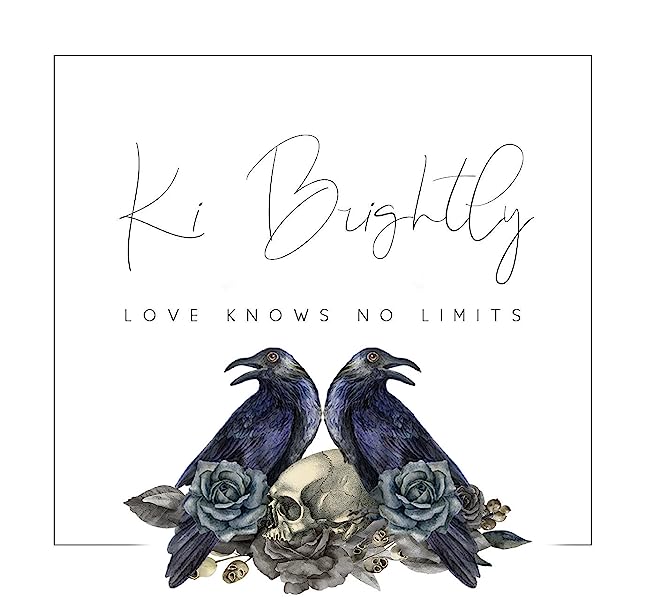 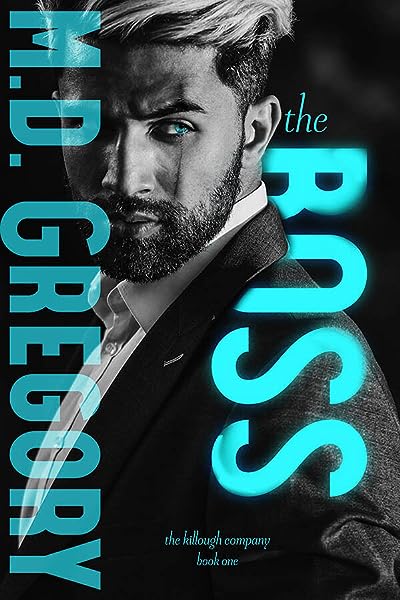 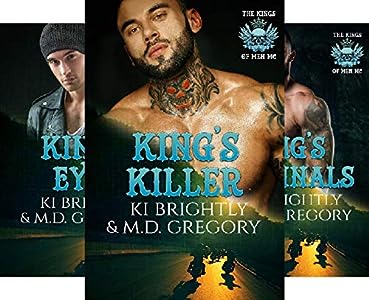 LaTasha Streets
5.0 out of 5 stars More Than Satisfied
Reviewed in the United States on October 17, 2020
Verified Purchase
I'm becoming more and more addicted to this series with each book. I'm on a thrill ride I'm not ready or willing to get off. Each book introduces another character you definitely have no problem falling in love with. Truthfully I'm literally dying to get to know Undertaker better, having heard of him and experienced glimpses of his personality already I've sorta already fallen in love with him. You'll probably find a different character is your favorite but they are all lovable. I will definitely recommend this series to all of you.
Read more
One person found this helpful
Helpful
Report abuse

AnnElm
4.0 out of 5 stars Wonderful couple 4,5 stars
Reviewed in the United States on November 7, 2020
Verified Purchase
I actually liked MacKenzie and Travis more than Grant and Reaper and much of it is because of Travis. Despite his stalking tendencies he's just so likable and so obviously into MacKenzie.
I loved the dynamic between them and that MacKenzie had no problem telling Travis what he thought or what his boundaries was.
A romance in the middle of club life and violence.
Read more
One person found this helpful
Helpful
Report abuse

June
5.0 out of 5 stars A great read in the series
Reviewed in the United States on August 14, 2020
Travis appeared to be the stronger than and the protector of Mackenzie in their relationship. But the story turned the other way around that MacKenzie stands strong supporting Travis who are at his weak moment. It is a very touching story unlike the other books in the series because the two MCs are fairly equal who are at their early stage of their profession. They are both a bit lost in their direction and try to build out. I enjoyed their exchange of dynamic along the way. I also enjoyed the brotherhood the author portrayed in the NG world. A great read in the series. I am glad I went back to read the book 2. Now I read a few in the series and found myself really enjoy each one a bit more as I see the fuller picture of the characters. I do think readers need to read all these books to appreciate more of the interrelated stories and characters.
Read more
2 people found this helpful
Helpful
Report abuse

Patricia Hoffstaetter
4.0 out of 5 stars Impressive & suspenseful
Reviewed in the United States on December 7, 2019
I really enjoyed reading this impressive, suspenseful MM/MC romance. The plot is well-written & interesting with unexpected events & splendid scene descriptions. The well-developed, impressive characters are perfectly flawed & are at times quite dangerous, one of the main characters (Travis) displays determination combined with devious intentions to obtain what he desires while the other main character (Mackenzie) starts off being rather naïve.
There is: a MC rider (Travis aka Eye) acting as a bouncer/club security at a nightclub (Black Out) saves a male kindergarten teacher (Mackenzie) from unwanted attention & the attractions flare between them but Travis becomes careless & Mackenzie discovers his secrets but is determined to stand by him, Travis’s brother (Charley), a MC club (The Kings of Men MC), their leader/president (King), a rival MC club (Warriors), law enforcement, twists & turns, intrigue, suspense, secrets, adventure, action, deceit, devious plans, MC rivalry, danger, threats, enemies, conflict, violence, memories, emotional turmoil, paranoia, attractions, verbal banter, stalker-like tendencies, confrontations, disagreements, illegal activities, complications, compromises, love, contentment, steamy scenes & a satisfying conclusion.
“I received a complimentary copy from Booksprout, and this is my honest & voluntary opinion”
Read more
One person found this helpful
Helpful
Report abuse

Patti
5.0 out of 5 stars Great Book to Read!
Reviewed in the United States on June 3, 2020
This is a good book to read. Mackenzie does not want to spend his birthday alone after his breakup with his last boyfriend so he goes on a dating website to meet someone new. Mackenzie meets his date at a bar called Black out.. When the date goes bad, Travis the bouncer comes to Mackenzie's rescue. Travis and Mackenzie spend time getting to know each other and a relationship starts to grow. Mackenzie finds out that Travis has been telling him lies and all hell breaks loose. Will Travis be able to fix his mess up? Will Mackenzie listen to Travis and give his a second chance?

C. B.
5.0 out of 5 stars Secrets always come to light.
Reviewed in the United States on December 9, 2019
Mackenzie leaves his cheating ex in NY and moves to Gothenburg for a new teaching job. He goes to a club to celebrate and is unwelcomly pursued by a man who won't take no. He gives the bouncer, Travis, who rescues him his number hoping for more. Travis secretly keeps a distant eye on Mackenzie and it soon becomes an obsession. Travis' other job is to work humint for the club Pres. There are problems with a rival club, the Warriors. There's danger, conflict, rescue, romance, loyalties questioned. Above all there is the loyalty and family of the club! Great story. Lots of action and adventure. Great group of club members. I hope to read some of their stories. I received an ARC from Booksprout and am voluntarily leaving a review.
Read more
One person found this helpful
Helpful
Report abuse

This was fast paced quick read. I liked Travis "Eyes" despite his stalkerish tendencies. He was protective and loyal to his family and friends. The chemistry between the MCs was good, and there was always plenty going on. MacKenzie was an okay character but I think his past ties with MC in San Diego through his father and brother as well as cheating ex-boyfriend were the plot lines that were severely unexplored. There were so many things that could have been done with them but the author took another road. This was a decent story with a touch of gore and blood, mean bikers and a bit of love. I liked the story anyway.
Read more
One person found this helpful
Helpful
Report abuse

Overall, I liked these two together. Mack had his own hang ups about MCs and I wish we had gotten a better understanding of that. Maybe a little more back story.

Travis was, admittedly, a bit creepy. All that stalking. Just watching Mack when he could have BEEN with Mack made me frustrated. Still, Travis turned into someone I wanted to comfort, especially after the deal with Charley. He just didn’t know what to do with himself.

I’m enjoying the perfectly imperfect characters we are meeting in this series. There is a raw human element to them that appeals to me.
Read more
Helpful
Report abuse
See all reviews