You've subscribed to Court of Bones and Ash! We will preorder your items within 24 hours of when they become available. When new books are released, we'll charge your default payment method for the lowest price available during the pre-order period.
Update your device or payment method, cancel individual pre-orders or your subscription at
Your Memberships & Subscriptions
There was an error. We were unable to process your subscription due to an error. Please refresh and try again. 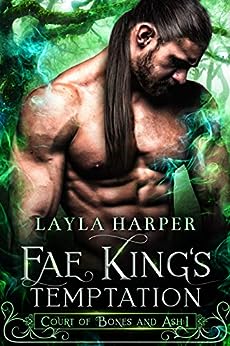 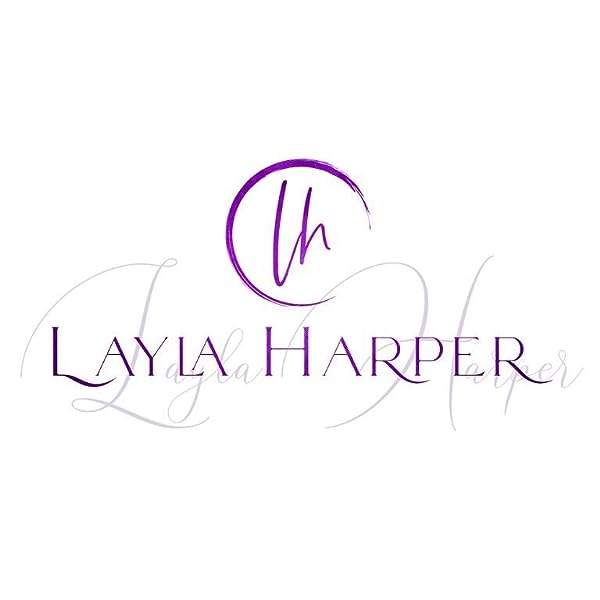 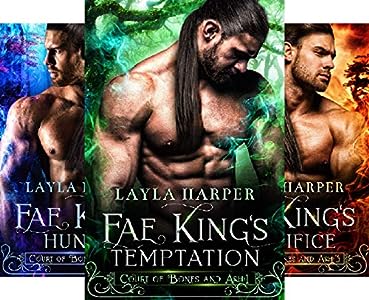 Layla Harper loves all things mythical, including arrogant dragons and the furry beasts who rule her cave. She (and her minions) live in lovely New England where she spends her time tackling domestic trials while dreaming up her next swashbuckling adventure.

4.3 out of 5 stars
4.3 out of 5
140 global ratings
How are ratings calculated?
To calculate the overall star rating and percentage breakdown by star, we don’t use a simple average. Instead, our system considers things like how recent a review is and if the reviewer bought the item on Amazon. It also analyzes reviews to verify trustworthiness.
Top reviews

jbar
4.0 out of 5 stars Great read!
Reviewed in the United States on April 6, 2020
Verified Purchase
A great read and I couldn’t put it down! The main character is in her twenties but behaves like an adult. The inner dialogue she has are pretty hilarious. I cannot wait for the next book.
This is an adult fantasy book but not too much happens her in terms of steamy moments. I understand because if the characters were to give into their temptation there would be some major consequences for the king and just kingdom and our main female character is thinking she will be retiring to earth.
Beautiful world building and action packed, and lots of dirty thoughts surfacing from the main characters.
Until the end of April for the next 🙇🏼‍♀️
Read more
5 people found this helpful
Helpful
Report abuse

Barbara Clingman
4.0 out of 5 stars Well written but not ended
Reviewed in the United States on July 9, 2020
Verified Purchase
I enjoyed the rhetoric of the heroin. Things happened quick which was good and disappointing. Kept it exciting but little time for more than a character glimpse for the main players. Very descriptive of the environment which I like. I was very disappointed that the book ended at the climax what would normally be the middle or only 2/3 through in any other story. It is more expensive to purchase the next book to see how the scene ends. In that regards I feel I was baited and I'm resentful of that.
Read more
5 people found this helpful
Helpful
Report abuse

DAC
4.0 out of 5 stars Captivating.
Reviewed in the United States on April 2, 2020
Rogar & Kyra's story is a charming story that was capable of keeping my interest. I was impressed by the heroine, Kyra, because she wasn't the typical early 20-something twat. She wasn't portrayed as the usual TSTL chic who's immature, spoiled, entitled, brash, selfish, or makes constant idiotic & rash decisions that put others in danger because she knows everything. Kyra is described as tall, lithe, intelligent, compassionate, beautiful, & strong. Superb qualities in a heroine & often lacking in most e-books now-a-days. As for Rogar, he's too good to be true. Thank you, Ms. Harper, for bring them to life.

As for the story itself, it has descriptive world building, angst, comic relief, entertaining dialog, character development, and hardly any errors in syntax, grammar, or spelling. That alone was refreshing; however, because book 1 is roughly 159 pages long in a possible 4 to 5 book series, there wasn't enough there to determine a plot. As a result, a star was deducted in my rating. Apparently, Ms. Harper already has books 1 & 2 completed, but we'll have to wait to the end of April for book 2 to be released. It would have been better to combine books 1 & 2 together, then released the next portion at the end of April. Oh well, I guess that's how it's done anymore. Whatever.

NOTE TO AUTHOR/EDITORS: Just so you know, most readers are not a fan of that type of format and thus you risk none of your books being read. As a reader, why would I bother to get my feet wet with a beginning of a great story, only to have them dried off waiting for its continuation in the next installment of a short book? It would be better to publish books of 270 pages or more & have 3 books in the series than to have 5 books in a series with each one containing roughly 150 pages. Just saying. A book about the other characters, like Gauron, being a novella or short story is rational & would enhance the reader's experience into your world, but not the main characters. Think about it next time.
Read more
24 people found this helpful
Helpful
Report abuse

Kindle Customer
5.0 out of 5 stars Awesome
Reviewed in the United States on October 30, 2020
Verified Purchase
What a delight, a twist of life and death. A different outlook on Orc's. I am a big fan of the under-dog. I recommend this Author and series, you will not be disappointed. This is truly an eye opening experience.
Read more
Helpful
Report abuse

Deb-57
5.0 out of 5 stars Part 1 of an exciting story!
Reviewed in the United States on October 17, 2020
Verified Purchase
4 1/2 stars. Interesting story! It’s like entering the world of “Lord of the Rings”. Quite an adventure. I definitely want to read more. Be sure to understand that this is the first book of the series and it ends on a cliffhanger.
Read more
Helpful
Report abuse

TSokol
5.0 out of 5 stars Loved it!!!!
Reviewed in the United States on May 4, 2020
Verified Purchase
Oh my gosh I love this book!!!! I don't think I could not love it. Everything just made me want to dread another, and another
!!!!
Read more
Helpful
Report abuse

heather
2.0 out of 5 stars Good draft
Reviewed in the United States on October 27, 2020
I really like the ideas here but it needs more work then a couple months. You can’t skip the editor phase, a good editor could really make this great.
1. The language regularly changes
2. The number of horses fluctuates
3. Several large plot holes and plot conveniences
4. The plot device to bridge the language barrier has several issues that change throughout the story
5. The author will say the character is something, like angry but then doesn’t give us reasons for that emotion and doesn’t back up that statement with the actions
TLDR:
Just get a real editor please.

There were several parts that I personally found frustrating, like the fl was asking the ml questions, he answered all her questions and was like we gotta go, being hunted and suddenly she’s super pissed at him, why?
She took archery for a couple weeks over 8 years ago so that makes her proficient? What?
At one point the ml is answering more of her questions about the different species and tells her that he’s an orc. Everything so far she has bought but this can’t be true because he’s not green and she’s read lord of the rings AND played Warcraft so he must be lying. .... What? How did this argument make any sense? Why is this the one thing she’s like NOPE! Not true! The orcs in lotr aren’t green at all and the ones in Warcraft are originally brown until they are corrupted by fel magic which turns them green. Idk man. Weird.
There are a lot of misconceptions and miscommunications that I found frustrating. If a large plot point relies on your characters not communicating with each other you need to work on those points because they are weakening your story. Of course you can work this in well where it makes sense and there are a few that genuinely make sense with the situation but more that don’t.

Viv
4.0 out of 5 stars Enjoyable.
Reviewed in the United Kingdom on November 9, 2020
Verified Purchase
Enjoyable read about about a young women named Kyra who gets transported to a fae realm and triggers " the hunt " as humans are forbidden there!
There she meets Rogar who is the Orc King who aids to help her so she may go home. But he's hiding a secret from Kyra, his second in command and his Shaman which could lead to his ruin!
Read more
One person found this helpful
Report abuse

naomi Tickle
5.0 out of 5 stars Recommended
Reviewed in the United Kingdom on March 1, 2021
Verified Purchase
Good read, cant wait to start the next one.
Read more
Report abuse
See all reviews