Add to Cart
$19.60
& FREE Shipping on eligible orders. Details
Sold by: Amazon.com
Have one to sell? Sell on Amazon 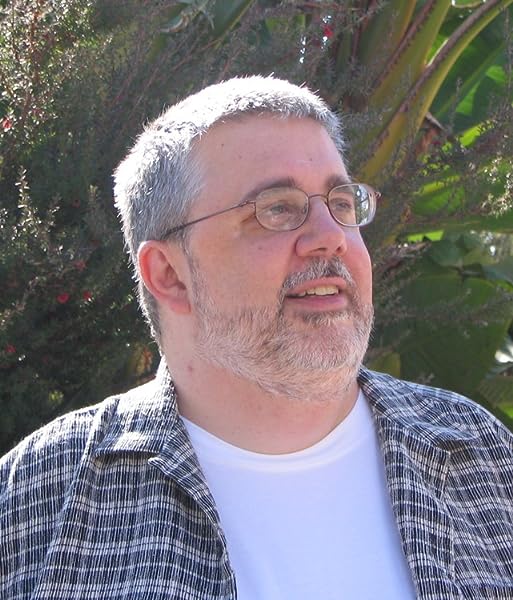 Start reading Kirby: Genesis #1 on your Kindle in under a minute.

Owba
3.0 out of 5 stars Great Kirby ideas and characters but storytelling lacks some clarity
Reviewed in the United States on November 17, 2014
Verified Purchase
Too much world-building but not enough storytelling. Hate to say that, I really do. I'm an enthusiastic Jack Kirby fan (and no small Busiek and Ross fan, either) and I was very happy to see this book come out. The cover is more accurate than you probably would think: by that I mean, the book is an explosion of Kirby ideas. On that level, I love it. Jack's ideas and characters come flying thick and fast. I have high hopes for future installments. But--and here's the part that hurts--there is so much happening on every page that both the story and art are often difficult to follow. It seems strange to say this today when so many books give so little beyond color and razzle-dazzle, but there are too many characters and plot points coming too fast. The art, too, is often too busy. In terms of individual frames, Ross and Herbert dazzle my eyes as well or better than any other artists today. But the frames don't always tell me what is actually happening in the story. One of my personal tests is to see if I can read the story without reading the words, based only on the artwork. The greats, like Kirby, Eisner, and Carl Barks knew how to guide your eye from image to image, frame to frame, so that you always-always-always were able to follow the story. I'm looking at Stan and Jack's Marvel Masterworks: Fantastic Four #1 and from the first story to the last, there's not a single frame or page where I don't know exactly what's going on in the story. John Cassaday's artwork for Planetary #1 is a more recent example. In this book, however, I don't always know where to look other than "everywhere." Every page seems hyper-active, over-filled with characters and over-saturated with color. I find this problem in many books today. You probably should consider that it may bother you much less than it does me.

I still recommend this book. For me, it's worth it because the ideas are there and Jack's characters are there. Busiek and Ross have done enough superior work that they long ago earned my trust. I'll watch for more from them. I even got a kick out of how one character bears a resemblance to Jay Baruchel. But I can't give my highest recommendation to this effort.

Jim
4.0 out of 5 stars Concept works!
Reviewed in the United States on May 20, 2014
Verified Purchase
Writing, artwork, format all do honor to The King! The characters and the art shine brightest in this Krackle of Kirby creations.
Read more
One person found this helpful
Helpful
Comment Report abuse

Daniel V. Reilly
VINE VOICE
3.0 out of 5 stars Insanely Busy (Just Like The Mind of Jack "King" Kirby Himself!)
Reviewed in the United States on September 29, 2012
KIRBY: GENESIS is the latest effort from the MARVELS creative team of Kurt Busiek & Alex Ross. While falling (Far...) short of the brilliance they attained with the aforementioned classic, GENESIS is fairly entertaining, for what it is. Ross and Busiek have taken on the epic task of gathering up all of Kirby's unused/dormant creations, and throwing them into a big stew pot together to create God-knows-what. The end result? One of the busiest comic-books I've ever read, and that's saying something: I'm 41 years old, and I've been reading comics since I was 2. GENESIS is overcrowded to the point where it's easily a match for CRISIS ON INFINITE EARTHS, as far as the sheer amount of characters and concepts being thrown at the reader. The difference here is that, unlike CRISIS, the reader is unlikely to be familiar with these characters, making Busiek and Ross work that much harder, as they have to not only tell an epic story, but introduce us to, literally, hundreds of disparate characters/concepts/settings. And considering the size and scope of the series, they did a remarkable job of not only reviving Kirby's long-lost characters, but of honoring the man and his artistic/creative stylings. KIRBY: GENESIS reminded me, at times of my efforts as a kid to combine my various toys into a cohesive play universe: How could the STAR WARS characters interact with my G.I. Joe's? Where did the oversized Mego's fit in? Somehow, I managed....and Busiek and Ross also manage quite nicely. I honestly couldn't give you a Reader's Digest version of GENESIS if I tried. I can,however, tell you that I had a good time reading it.
Read more
8 people found this helpful
Helpful
Comment Report abuse

Alt
4.0 out of 5 stars A showcase of Kirby creations
Reviewed in the United States on September 18, 2012
Kirby Genesis showcases a number of characters Jack Kirby created. Some of them appeared in print years ago, while others were left in his sketch pad -- until now.

Kirby Freeman is a geeky college student. His lifelong friend Bobbi turns into The Midnight Swan after a bunch of hottie aliens from the Green Galaxy Apprehension Squad come to Earth in pursuit of some alien bad guys. At the same time, archeologists and explorers are making amazing discoveries all over the planet, and the government reveals the existence of a "genetic super agent" named Silver Star. Oh, and let's not forget the appearance of Sasquatch. This all happens because Pioneer 10, carrying a plaque depicting superheroes, was sucked into an alien contraption. Mayhem ensues.

This volume compiles the first eight issues of Kirby Genesis. You might need to catch your breath between issues because so much is going on -- too much to process easily. I mean you've got Sigurd the Dragon Slayer living in the Mythlands, and you've got Darius Drumm and the Silver Star and the Green Galaxy babes and the Midnight Swan and Lady Lightning and Captain Victory and the Galactic Rangers and Life-Eater Cultists and the Progenitors and the Primals and it just goes on and on. Action-packed, yes, but there's something to be said for slowing the action enough to let a story develop. There is a story here -- a decent story, actually -- but it's swallowed by all the characters and battle scenes. Characterization is lacking and dialog is sometimes stilted, but there are nuggets of good writing buried in the story's few quiet moments.

I love the art. I actually love it more than Jack Kirby's art, which for my taste was always a little too supersized. I like the way the art becomes cartoony when characters are remembering their childhood, how it's more realistic when it depicts characters in real-world situations. If the writing were a little sharper and the characters were winnowed a bit, this could be an outstanding series. For now, it's worth having just to gaze at the artistic interpretations of Kirby's creations.

Nicola Mansfield
5.0 out of 5 stars Packs a whole bang for your buck!
Reviewed in Canada on December 6, 2012
Verified Purchase
Reason for Reading: The plot sounded intriguing.

Absolutely fantastic!! This comic packs a whole bang for your buck! It includes the first 9 issues of this new series, which is in itself a complete story with a satisfying ending, though it leaves a thread hanging for the continuation of a new story arc. The depth and breadth of the plot and characters here is so deep and wide that it is impossible for me go into details. There are numerous superhero and villain teams working against other and they are all introduced rather quickly in the first few issues. This does mean that it takes several issues to fully sort out who is who and exactly what is going on, but that is part of the whole fun of this book and the action and humour are so stimulating that one becomes more and more intrigued when in lesser hands than Busiek, this massive cast could have easily caused confusion. But gradually, as the story progresses, the reader begins to separate out the various teams and certain pivotal characters.

While all this organized chaos is going on there are three main human characters to keep the story grounded. First there are Jack Kirby and Bobbi Cortez, 17yos who have known each other since early childhood, and Bobbi's father retired police Sergeant Cortez. Bobbi and Jack are the main heroes of the story and a mild romance is included for good measure. The tile use of Genesis has a double entendre as the book explores beginnings; the beginnings of the world, its creation, nurture and growth; it's possible demise and a new beginning, a regrowth and a similarity to Biblical beginnings and meanings with a creator who guided humanity, a saviour who sacrifices his life for humanity's sake and ultimately a brief image in the heavens that may be God himself.

I read an egalley of this through Netgalley but am so impressed with the story and the absolutely gorgeous art that I have bought a real copy and intend on continuing with the series. There are already three spin-offs on the go featuring specific superheroes introduced here. One of the best GNs I've read this year.
Read more
Helpful
Sending feedback...
Thank you for your feedback.
Sorry, we failed to record your vote. Please try again
Report abuse