Kismet's Kiss: An Epic Fantasy Romance inspired by Arabia... and millions of other books are available for Amazon Kindle. Learn more
Kindle
$0.00
or $4.99 to buy

Audiobook
$0.00
with membership trial
Paperback
from $9.95

Other sellers & formats from $4.99
Share <Embed>
Have one to sell?
Sell on Amazon 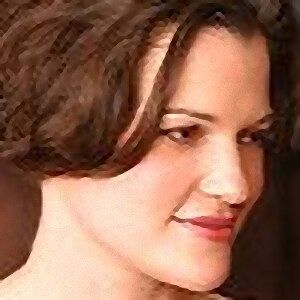 "A must-read for all fantasy romance lovers."
--The Romance Reviews

"...So much sexual tension that the pages are likely to burn your fingers as you eagerly beg for more."
--Coffee Time Romance

"...A harem fantasy brimming with desire, enchantment and betrayal... I highly recommend Kismet's Kiss to all readers who enjoy a touch of magic with their romance." --The Romance Studio

Cate Rowan has washed laundry in a crocodile-infested African lake, parasailed over Cabo, and swum with dolphins, but her best adventures are her story worlds. Her lush fantasy romances about magic, danger and passion in faraway realms have won more than thirty awards.

Start reading Kismet's Kiss on your Kindle in under a minute.

ErinReads
5.0 out of 5 stars Couldn't put it down!!!
Reviewed in the United States on March 17, 2011
Verified Purchase
As a general rule, I was never a fan of polygamy, but within the constraints of the story it makes for a stronger read. I'm a fan of romances, but they all seem to follow a general formula. This one was unique and I really had to focus to recall the names of characters etc. so I was constantly engaged in the story. I found it a little hard to get into in the beginning (but I'm currently a stay at home mom so distractions occur), but once the story started rolling along I was hooked! Strong characters, with good descriptions and back stories. Highly recommend this read, well done Cate Rowan!
Read more
11 people found this helpful
Helpful
Report abuse

Lori reader & writer
4.0 out of 5 stars Out of the box romance
Reviewed in the United States on October 17, 2011
Verified Purchase
KISMET'S KISS is the sequel to THE SOURCE OF MAGIC (which is a good book too). Ms. Rowan published KISS first, so I read it first. While both books take place in the same magical realm and involve some of the same characters, they each stand on their own.

Sexual Chemistry:
The first time they meet, Varene and Kuramos are instantly attracted to each other, whether they want to be or not. However, there are major hurdles in their way. In the beginning, Kuramos is appalled that he must rely on a infidel woman and her magic to save his family. He is chauvinistic and, along with just about everyone else in his kingdom, he treats her with arrogance and distain. Varene is used to being treated as an equal, as an intelligent woman and a gifted healer. They are constantly butting heads until she shows him the error of his ways. However there's still another teensy, weensy problem...

Conflict:
Kuramos has 6 wives already. Count `em, 6! That's unheard of in traditional romance publishing. The golden rule handed down from NY is the hero must be single (either a bachelor, widower, or divorced) and - heaven forbid -- he cannot even think of sleeping with someone else once he's laid eyes on the heroine. I couldn't wait to see how Rowan was going to write her way out of that one. (She does! And no, she doesn't kill off all the wives.)

Secrets:
Both Kuramos and Varene have them and Rowan does an excellent job of sprinkling clues throughout the story. There's also court intrigue afoot and the cause of the strange illness afflicting Kuramos's royal house. Is it a curse or something else? Usually I can figure these things out early on but the author kept me guessing until the end.

Humor:
Gunjan, the talking bird, is a riot!

What makes this book standout:
This book was a 2007 and 2009 Romance Writers of America Golden Heart® Finalist. It is also the first Indie book I ever read. When I saw the quality of the writing and the originality of the storyline, I had to wonder how on earth this book never sold. Actually, I do know. Ms. Rowan is a rule breaker. She writes stories that don't fit into the NY box and they're all the better for it.

Cheryl
4.0 out of 5 stars 4.5 Stars Really
Reviewed in the United States on October 16, 2011
Verified Purchase
So fresh off  The Source of Magic, a Fantasy Romance I was super excited to read this book. Kad is not as fascinating or as richly hued as Teganne which was a little bit of a let down but that is probably the worst thing I will say about this book. While Kad lacks the riot of colour & fascinatingly different surroundings of Teganne, the quality of Cate Rowan's work here in no way disappoints. She spins a tale of a culture clash so violent that most of the time our heroine, Varene, questions her decision to come to aid the Great Sultan of Kad. In this second novel in the world of Alaia, Ms. Rowan gives us a little magic, a LOT of mystery, a heaping helping of intrigue & a multi-layered Sultan who is more than meets the eye. It is to Ms. Rowan's credit that I was unsure about a romance between Varene & a Sultan married six times over and yet by the end of the book had me squealing in delight. It is my sincere hope that this author keeps writing more in this world. She is quite talented. Both of her books are works I am looking forward to re-reading.
Read more
Helpful
Report abuse

Chelsea
3.0 out of 5 stars Fun, but...
Reviewed in the United States on May 15, 2015
Verified Purchase
This was a fun fantasy. The world was convincing and the characters had dimension. But "LOVE" came to soon for me. The author could have told the same story much more stretched out over time. In addition, the ending became silly and that almost had me not finishing the book. The writing was so good apart from the ending and the rushed love declarations that i gave three stars.
Read more
2 people found this helpful
Helpful
Report abuse

Deanna's World
VINE VOICE
2.0 out of 5 stars Kinda lost interest
Reviewed in the United States on January 17, 2016
Verified Purchase
I had very high hopes for this book but for whatever reason could not get into it. There are a number of factors associated with that, I guess, including, the fact that it was very Middle Eastern / Arabian Nights and I did not like the setting, there was not much focus on the fantasy aspects of this story and the fact that the hero was already married.

I did, however, like the hero's character and who he was as a person. I totally understand where he was coming from as a person and also culturally and politically.

Sadly, this book didn't work for me and I abandoned it after reading approximately 80% of the book when I realised I just really did not care what happened to them and how it ended. I tried several times to get to the end and just could not.

I think it's worse when one is totally indifferent and didn't care at all for a book, rather than just hating it. At least, if I hated it, it would have elicited some emotion from me.

Two stars, because it was a DNF and because I actually got through approx 80% of the book.

bobby
5.0 out of 5 stars I don't bother to review too often but...
Reviewed in the United States on October 6, 2011
Verified Purchase
If you like your romance hot and steamy, with a dash of fantasy and an all around "nice" feel, then you'll love this book too. When I buy my books, I like to take a chance on some cheapies from not so well known authors. I read at the end of her book that Cate Rowan is an independent author. Well, if the rest of her work stands up to this book, the publishers industry has lucked out by letting this author through their fingers!
Roll on girl with your new work, I'm off to buy the next book before the prices all go up! Well done you! Jenny Pearce