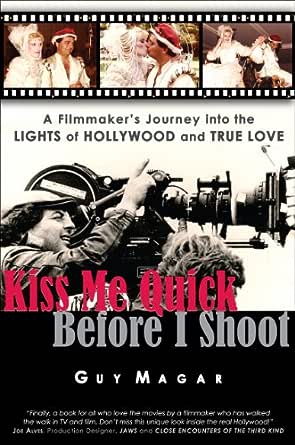 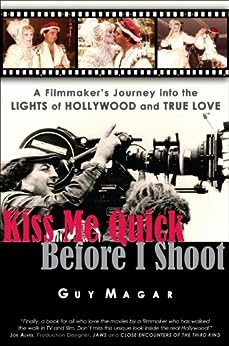 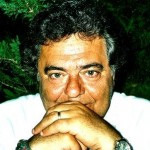 Kiss Me Quick Before I Shoot Kindle Edition

A great storyteller, Guy highlights the journey of building a successful film career and tells it like it is. This book is about honesty and passion in living, marrying, and working in Hollywood. For film lovers and film students, this is an absolute must-read! --EVE HONTHANER, Production Coordinator TITANIC, USC Film Instructor, Author of Hollywood Drive

Finally, a book for all who love the movies written by a filmmaker who has walked the walk in TV and film. A very entertaining journey of fascinating industry stories providing a true look behind the curtain of filmmaking. Don't miss this unique treat inside the real Hollywood! --JOE ALVES, British Academy Award winning Production Designer, JAWS, CLOSE ENCOUNTERS OF THE THIRD KIND

Jacqui and Guy have lived a true Hollywood love story which includes a brave triumph over cancer beautifully told in layman s words. This is a great memoir for all romantics, caregivers, and movie fans! --LINDA MENDEZ, Business Manager Entertainment Industry

Guy Magar was nine years old when he left Egypt in 1958. His family immigrated to the U.S., where he grew up in Middletown, NY. Graduating from Rutgers University, Guy began his film career at the London Film School. Soup Run, his first short won a Special Jury Prize at the 1974 San Francisco Film Festival.

In 1978, Guy relocated to Los Angeles to attend the American Film Institute.  His first short, Once Upon an Evening (made for $500) got him a 7-year deal at Universal Studios. Guy went on to earn over 100 film credits including episodes of La Femme Nikita, Sliders, The A-Team, Blue Thunder, Fortune Hunter, The Young Riders, Lawless, Hunter, and the CBS pilot/MOW Dark Avenger. He also directed 35 shows of the daytime drama Capitol.

Guy's film credits include Lookin' Italian (starring "Friends" Matt LeBlanc and singer Lou Rawls in their first film); Stepfather 3 which launched HBO's World Premiere Series; and the cult thriller Retribution which will be released for the first time on DVD on its 25th anniversary in 2012. His recent feature is Children of the Corn: Revelation based on Stephen King's original story.

Guy is founder of the Action/Cut Filmmaking Seminars, which for the last ten years, has provided the acclaimed "page to screen" 2-day educational industry workshop. Action/Cut has taught thousands of filmmakers during seminar tours around the world. His seminar is available as a 12-hour DVD most acclaimed home film course.

Guy is also founder of the annual Action/Cut Short Film Competition, which provides an opportunity for young filmmakers to showcase their talents. Action/Cut was one of the first to stream films on the Internet, which can be viewed year-round on its website. Moviemaker reviewed Action/Cut as one of the "Top 10 Shorts Festival in the World for Filmmakers!"

Guy lives in the Hollywood Hills with Jacqui, his beautiful wife of 28 years.