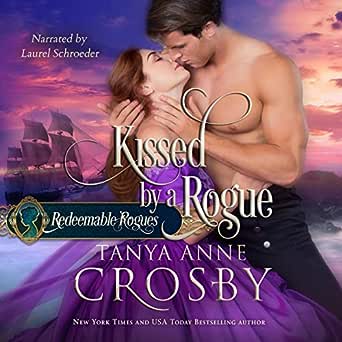 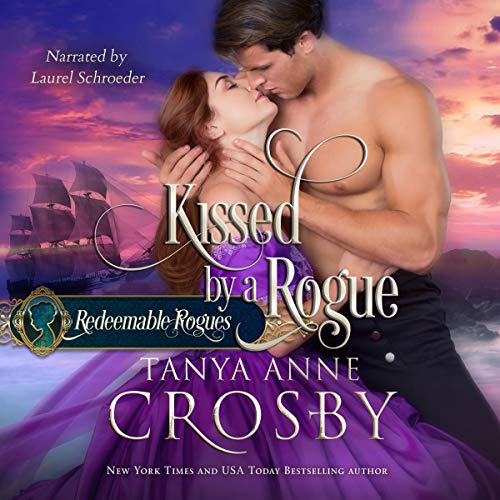 Kissed by a Rogue

4.4 out of 5 stars
4.4 out of 5
64 customer ratings
How does Amazon calculate star ratings?
Amazon calculates a product’s star ratings based on a machine learned model instead of a raw data average. The model takes into account factors including the age of a rating, whether the ratings are from verified purchasers, and factors that establish reviewer trustworthiness.
Top reviews

Sandy Milan
TOP 1000 REVIEWER
2.0 out of 5 stars Buyer beware, this is not for the faint or tender hearted.
Reviewed in the United States on June 15, 2013
Verified Purchase
I've said it before and I'll say it again, this author has her ups and downs and this one is a down although well written. I expected a really romantic but angsty read based on the reviews but honestly it wasn't at all like that. Here is a brief summary as none of the other reviewers gave a decent one:

Our H was the younger son of a noble and his older brother cheated him out of his inheritance. He'd been betrothed to the h but when her father heard he'd lost his inheritance, the betrothal was broken. The h pined after the betrothal even though she didn't really know the H so her brother (now a Duke) pays the H to break her heart so that she will wed the man he had chosen for her. The h hates the match her brother wants for her. The H begins to court her and she falls desperately for him and she's so sweet and innocent in all of this, all the while he is plotting. The h is inadvertently ruined when the brother confronts the whole issue and so the h is sent packing to the colonies and the H believes that she betrayed him by telling her brother a secret that the H had entrusted her with. In Charlestown a few months later, the H and h encounter one another again but they continuously clash and fight. The h's cousin and the H are smugglers and the h gets abducted by the H to help take care of the cousin who is injured.

The H and h fight throughout the book and I couldn't stand the H. He is a whiny jackass and although I didn't love the h, she certainly didn't deserve the way he treated her. How she actually loved him I will never understand. I wish she'd resisted him more.

***Spoilers***
This excerpt sums up the problems I had with this book ' He'd taken her greatest possession without a single word of love, or even comfort.' He never felt remorse or any sort of tenderness towards her after taking her innocence and he never gave her pleasure when he did it either.
Later (the next day I think) he says ' He was what he was..and she was no longer a virgin besides. The damage had been done.' What a flipping prince. At that spectacular time (not) he then gets her confession of love, gets her to say it again and then, of course, doesn't reciprocate.

I swear I would have returned the book if it hadn't cost so little. Read this at your own peril.

Amazon Customer
5.0 out of 5 stars Kissed by a rogue
Reviewed in the United States on January 21, 2020
Verified Purchase
They are not quite perfect not quite bad And not quite good. A naïve heroine and wonderful Crusty characters abound.A beautiful story of undeniable love, untrustworthy relatives and set in the early Americas during a time of growth, and don’t forget the alligators! So well written as all of Crosby’s stories are
Read more
One person found this helpful
Helpful
Comment Report abuse

Meri Overstreet
4.0 out of 5 stars Magnificent ending!
Reviewed in the United States on May 11, 2019
Verified Purchase
Kissed by a Rogue started a little slowly, but the end made up for it. An exciting tale of America’s beginnings and the reasons behind the break from England. Delightful characters abound as well as true rotters, as the British say. Thank you Tanya for recovering my faith in your skilled wordsmithing.
Read more
One person found this helpful
Helpful
Comment Report abuse

Kindle Customer
5.0 out of 5 stars Christian and jessie
Reviewed in the United States on February 6, 2020
Verified Purchase
Well written Jessie has always loved Christian it's been a page Turner as to what goes on between the scene would highly recommend always enjoy the HEA and that Christian and Jean Paul finally admitted that they were father and son
Read more
One person found this helpful
Helpful
Comment Report abuse

Fern Martin
5.0 out of 5 stars I didn't put this down until it was finished.
Reviewed in the United States on July 29, 2013
Verified Purchase
Christian and Jessamine.. Wow. Christian has problems. He is a disinherited younger son who really isn't part of the family. Jessamine does as well. She is being bartered off to a not so nice Lord. She tells her brother that she will only the man she was to marry before her father died.

Christian isn't who Jessie thinks he is. Fleeing to the Colonies to escape being arrested in England, Christian kidnaps Jessie and puts her on his ship. Sparks fly and laughter heals.

I laughed out loud in reading about Mrs. Smith and Quincy. Jean Paul and Ben were great secondary characters. I would like to see Ben again.

Kindle Customer
5.0 out of 5 stars Enjoyed tremendously!
Reviewed in the United States on February 16, 2020
Verified Purchase
This was a truly enjoyable romance with two very stubborn people who were meant for each other. Their relationship was filled with misunderstandings and the lies of others that kept them apart for a while but true love always find a way. Definitely a thumbs up for me!
Read more
Helpful
Comment Report abuse

Constance K
4.0 out of 5 stars Kissed by a Rogue (Redeemable Rogues Book 2) By Tanya Anne Crosby
Reviewed in the United States on June 13, 2020
Verified Purchase
I gave this book a four star rating because it lacked a complete epilogue however, I would recommend this book to all romantic readers because it had most of the important elements of a good read.
Read more
Helpful
Comment Report abuse
See all reviews from the United States

dianne mcguire
5.0 out of 5 stars Loved it
Reviewed in the United Kingdom on August 31, 2015
Verified Purchase
Fantastic story I loved this book it's the second book in the redeemable rogues I hope you get as much enjoyment as I did
Read more
Helpful
Sending feedback...
Thank you for your feedback.
Sorry, we failed to record your vote. Please try again
Report abuse

lisa
3.0 out of 5 stars Rambling
Reviewed in Australia on November 4, 2016
Verified Purchase
I just loved other books by this author including the wonderful 'McKinnons Bride' and 'Highland Fire'. But this book just didn't do it for me and I stopped reading halfway through.

On the surface the plot is good...a woman's horrible brother hires her ex to pretend to woo her so that he can get her disillusioned enough to marry his ghastly buddy. So the hero is involved in a con to break his ex finance's heart. It could have worked but it didn't. Instead of a fast paced engaging plot like her other books, this was more of a confusing ramble. In the end I did not know what was happening nor did I care.
Read more
Helpful
Sending feedback...
Thank you for your feedback.
Sorry, we failed to record your vote. Please try again
Report abuse