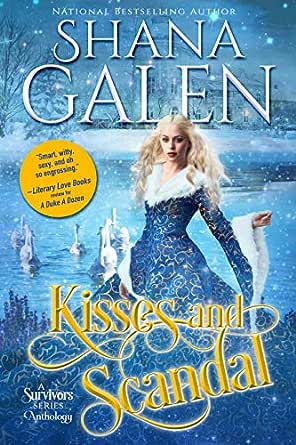 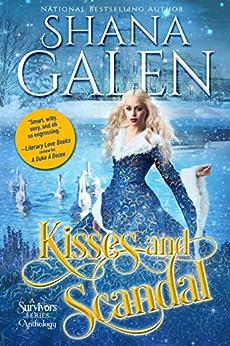 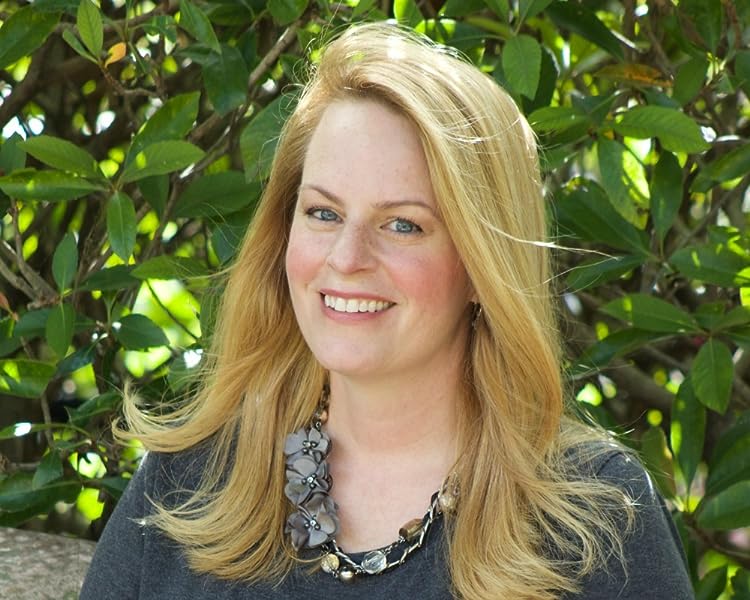 4.4 out of 5 stars
4.4 out of 5
43 customer ratings
How does Amazon calculate star ratings?
Amazon calculates a product’s star ratings based on a machine learned model instead of a raw data average. The model takes into account factors including the age of a rating, whether the ratings are from verified purchasers, and factors that establish reviewer trustworthiness.
Top Reviews

Élodie Nicoli
TOP 1000 REVIEWER
5.0 out of 5 stars A lovely bundle of novellas.
Reviewed in the United States on April 14, 2020
Verified Purchase
✨ KISSES AND SCANDAL ✨
Lady Philomena is the sister of the Duke of Mayne. She’s beautiful and sought-after, but she’s made the mistake of falling in love with… the footman. James Finnegan loves his lady but has a secret that won’t only break Philomena’s heart. It just might endanger her life.

Will status and rank doom their burgeoning love, but can it overcome secrets and lies ...

I do remember Philomena from The Claiming of The Shrew, she was an ardent supporter of Catarina.
But today, her family’s renown seems to rest on her shoulders, so thinks her mother as she can’t reconcile with the idea her son and newly named duke has married a woman with scandal attached to her name.
And Phil wants nothing to do with her mother’s scheme to marry into a scandal free family as she has already found the right man, too bad he is a footman.
James knows he is dragging deceit and betrayal in his steps, still he will never regret the reason he came here as he met Phil. Still how to protect her and say her goodbye as she far above his poor carcass.
Kisses and Scandal is a lovely fast read displaying that love has nothing to do with rank and power, and if played right, it might overcome every trap set against it.
Phil is a charming heroine, she knows what she wants and accepts it might have a price, still she won’t backpedal. James came to believe he has no other choice if he wanted his own opportunity for a better life, his mad plan was made out of pain to give his kin a new beginning, he is misguided but he is kind and fair.
I even loved the dowager duchess, as she redeems her unkind words with her deeds.

4.5 stars for this cute tale of love with no frontier.

✨ COUNTERFEIT SCANDAL ✨
Now that Bridget Lavery is free from debtor’s prison, she wants to reunite with the son she had to give up. Caleb Harris is a man with a price on his head. Before he left for the war, he and Bridget had a passionate affair. Finding her again means everything to him, but loving her might just be too perilous for either of them.

When two lovers reunite, will the past and the obstacles between them tear them one more time apart...

I haven’t read the linked novel, but it is of no importance as this story stands perfectly alone.
Both main characters are amazing peoples, they overcame so many traps and difficulties.
How Bridget manages to survive debtor’s prison and Caleb the bounty over his head and stay nice people, is simply tremendous.
Bridget did what she had too, there were few options allowed for a single pregnant woman, alas her choice left her with a bitter taste.
Caleb knew with his line of work nothing would be easy, and he paid a heavy price as there is no rest day for him, always on the run.
I loved there were no hard feelings when they rekindle, they are able to speak and sort things out.
It is a short and fast paced second chance tale, as they must decide what is worth to fight for.

4.5 stars for this story of going home.

✨ HOW TO BREW A PERFECT KISS ✨
Raeni Sawyer is penniless and alone in a foreign country. When she finds a job at a coffee shop on Bond Street, she hopes it's the beginning of a new life. Thomas Gaines is intrigued by his new server—until she spills coffee all over him. Despite her clumsiness, he sees her potential to be more. But will Raeni's treacherous past ruin their bright future?

When a young woman on the run finds shelter with the one man she could love, do they have a future together...

First I must thanks Kristy Birch, as she might have a bit insisted for the author to give Thomas his own story.
It is not often I read about the colored people inhabiting London in the past.
Mrs Shana Galen offered Thomas and Raeni a lovely tale with a new beginning.
Thomas, in spite of his upbringing, was able to reshape himself in a successful business owner.
It even made him a person more able to see and understand to others in need. Why he immediately take Raeni under his wing, this and the instant chemistry he has felt when he has first seen her.
When his past could have made him bitter and wary of white men, he is a man who see people for who they are, regardless of people’s colors. He acknowledges only each one usefulness.
Raeni, contrary to Thomas, had never known what was her place in her home. Why she escaped when one too many decision was made for her.
She is courageous and generous as it might not have been easy to run to the unknown in a foreign country, yet even when left with nothing, she still try to help others as poorer as herself.

I just loved to see this foray in London’s life from the colored people side, as I have never read about it. I was not aware there were so many colored persons this early in time, and life might not have been easy for them, even if success smiled at them.
4.5 stars.

I was granted an advance copy by the author and prior to it preordered my own.
Here is my true and unbiased opinion.
Read more
3 people found this helpful
Helpful
Comment Report abuse

Molly Laird
5.0 out of 5 stars Amazing
Reviewed in the United States on April 14, 2020
Verified Purchase
I have been a big fan of the survivors series by Shana Galen. I thought this was a great anthology of three stories. Kisses and Scandal is about Lady Philomena is the sister of the Duke of Mayne and James Finnegan loves her but it is a secret. The next story is Counterfeit Scandal about Bridget Lavery who is free from debtor’s prison and Caleb Harris is a man on the run. The last story is How to Brew a Perfect Kiss is about Raeni Sawyer is penniless and alone and works in a coffee shop. I loved each of these stories in their own way. The stories and characters were great. Plus it gave us three more of the survivors stories. I hope their is more to come from the survivors in the future.
Read more
2 people found this helpful
Helpful
Comment Report abuse

Humarock Beachwalker
5.0 out of 5 stars Three Fabulous Reads
Reviewed in the United States on April 18, 2020
Verified Purchase
Kisses and Scandals is not your typical Regency romance—it’s so much more!
Shana Galen’s novella has interesting characters, a storyline filled with secrets and a romance that sizzles off the pages. Loved the unlikely friends to lovers romance which developed between Lady Philomena and James.
After her London season, Phil knew she wanted to marry for love. Loved that Phil acknowledged to herself that she felt something different when James kissed her. James is a different type of hero. He kept me guessing during the entire story. James was kind and honorable but there was a bit of mystery to him. The secondary story was fabulous. Phil’s mother is determined to arrange a marriage for Phil while the couple is falling in love in front of her!
Shana Galen adds an element of suspense to the novel when James is forced to reveal a secret. This plot twist added a bit of drama to this well- paced novella. Loved that Lady Mayne saved the day for Phil and James—and of course the ending had a few surprises, too!

Counterfeit Scandal
Bridget Lavery met Caleb Harris when they worked together—she was a counterfeiter and he was spy. Caleb was sent on a mission and presumed dead. Bridget married when she realized that she was pregnant with Caleb’s child. She left her son at an orphanage when she was sent to debtors prison and promised him they would be reunited.
I loved this fast paced story. Bridget was determined to find her son and needs Caleb’s help to search for him. Caleb agrees to help Bridget even though it puts him in danger. Loved how the search reunited this couple who learned to trust and love each other again. And the nail biting conclusion—just perfect!

How to Brew a Perfect Kiss

Shana Galen features Thomas Gaines and Raeni Sawyer in a fast paced novella. Loved that Thomas is a successful businessman and owns two coffee shops. Shana Galen blends Thomas’s wish to have his Bond street coffee shop succeed with his desire for Raeni perfectly.
Raeni escaped her family’s plantation because her father was going to sell her. She suspects she is being followed and this puts the couple in danger. The chemistry between the couple sizzles, there is intrigue and an important lesson about the value of freedom.

Loved the connection between the couple-the passion, the understanding and commitment. And the ending—truly romantic—just perfect.

If you are looking for a book to read during "the isolaton", these novella are a perfect choice. Shana Galen is a gifted and entertaining storyteller- this novel is filled with engaging characters, suspense filled stories and heartwarming romances!
Read more
Helpful
Comment Report abuse
See all reviews from the United States

Linda Gilmore
5.0 out of 5 stars Fun stories
Reviewed in the United Kingdom on May 11, 2020
Verified Purchase
An Anthology of three characters mentioned in the Survivors stories and how love changed them all. A really fun read. Give it a try you won't regret it. VERY HIGHLY RECOMMENDED.
Read more
Helpful
Sending feedback...
Thank you for your feedback.
Sorry, we failed to record your vote. Please try again
Report abuse