You've subscribed to Small Town Secrets! We will preorder your items within 24 hours of when they become available. When new books are released, we'll charge your default payment method for the lowest price available during the pre-order period.
Update your device or payment method, cancel individual pre-orders or your subscription at
Your Memberships & Subscriptions
There was an error. We were unable to process your subscription due to an error. Please refresh and try again. 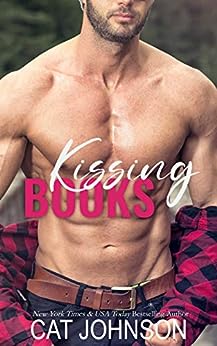 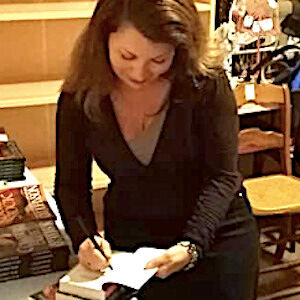 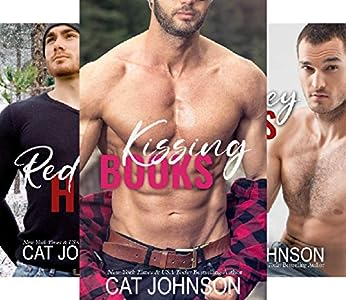 Don't miss any of the Mudville madness...

4.6 out of 5 stars
4.6 out of 5
636 global ratings
How are ratings calculated?
To calculate the overall star rating and percentage breakdown by star, we don’t use a simple average. Instead, our system considers things like how recent a review is and if the reviewer bought the item on Amazon. It also analyzes reviews to verify trustworthiness.

Donna J
4.0 out of 5 stars Sweet Small Town Romance - Go For It!
Reviewed in the United States on March 28, 2020
Verified Purchase
Not sure if this is a good summer beach read or an end of summer read, or I wish I lived in a small town getaway read. Yep, It's all of those and a bit more. I have read many of Ms. Johnson's books and have always enjoyed her storylines and character development.

I liked this story overall, but I will say it seemed like a "softer" version of romance than I remember from her other books. Our couple are both in the early thirty's so I thought they might be a bit more sure of themselves, yet they were more unsure of how to have a relationship than I would have thought. Yet it did seem to fit the small-town atmosphere, at least for HIM. I'm not sure about our gal, she could have been a bit more sure of herself, come on she writes romance for a living. BUT, those things said maybe that is what made it a sweet story. Here you have two strangers getting to know each other and like so many of us, they were unsure of what to do, what to say or where they wanted it would all go. I would not call the sex scenes steamy, because the descriptor words used were more "gentle" than many romance novels, and in many ways that was a nice change. Oddly or maybe appropriately graphic sex would not have fit this book. But it's not G rated either....

I grew up in a small town in Indiana and can say the town happenings in the book were spot on! The storyline was good, and I would agree with the statement of another reviewer, I would have liked a bit more mystery or plot twist(s). The story built up a mystery with these "journal entries" and I really thought the author could have built several more chapters on the different entries of the people that were mentioned. That would have also given more time to continue to grow the love affair relationship.

I also got the Audible book, I liked the performance by HIM. I thought the reader for the gal seemed older than the voice I would have thought to use. But once I got used to it, it was ok/good.
Read more
14 people found this helpful
Helpful
Report abuse

Emily Pennington
TOP 500 REVIEWER
5.0 out of 5 stars Small Town Love
Reviewed in the United States on October 25, 2019
Verified Purchase
Harper Lowry felt like a loser – writer’s block! Nine novels published and now nothing! She had lots of words running through her brain – but none of them appropriate to put on the page in front of her. She was going to miss her deadline! Her mother called at this crisis point and decided that since she was home, therefore “not busy”, she could drive upstate to Mudville with her for the reading of Great Aunt Agnes’ will – a 6 hour round trip… with her mother! And what a joy – Great Aunt Agnes wasn’t dead! That’s what happens when you “presume” why a lawyer could call. It seems that Great Aunt Agnes was travelling in Europe, broke her leg skiing in the Alps, and needs a house-sitter for another month, according to the doctor she was living with. Harper immediately volunteered for the job, hoping to find some inspiration to write! And she quickly falls in love with the quirky town!

The characters of Mudville are amazing and will keep you laughing. Stone and Harper are immediately attracted to each but neither expresses what they are feeling. He’s a gorgeous farmer with a kind heart -- but grouchy -- while she’s a city girl not ready for the different pace of Mudville. Their chemistry sizzles, spiced up equally by their flirty attraction and their frequent clashes. By the time her great aunt returns home, what will Harper decide to do? Will she move to Mudville and become a resident of the town she has grown to love? Or will she return to her life as it was before? And how does she feel about Stone?

This book is charming, with amazing characters (and animals), a well-paced story line, and plenty of humor – my favorite combination. The book is really fun – you won’t want to miss it!
Read more
15 people found this helpful
Helpful
Report abuse

Stacy J.
TOP 1000 REVIEWERVINE VOICE
5.0 out of 5 stars Loved this book!!
Reviewed in the United States on November 3, 2019
Verified Purchase
This is the first book I have read by this author and I really liked it.

Harper is an author who writes romance books and she is in a little bit of a slump. When she gets the option to house sit for a long lost relative she jumps at the chance. She may have wanted to ask a few more questions before she agreed but what a fun ride it was. From lost chickens, to scary noises in the attic to a pet pig named Petunia who happens to be the high school mascot she has her hands full. Then there is the grumpy farmer she met on her first day......

Stone HATES people from the city so when he meets Harper and her mom he thinks he has her pegged from the beginning. However once he gets to know her, he might have been wrong on his assumptions. I loved what he did with the library and wanting to help her stick it to the crotchety people in the town about her kissing books.

I really hope there is more in this series.
Read more
11 people found this helpful
Helpful
Report abuse

Ksd
5.0 out of 5 stars What we have here is a failure to communicate
Reviewed in the United States on August 14, 2020
Verified Purchase
Kissing Books: An Opposites Attract Romantic Comedy (Small Town Secrets Book 1) by Cat Johnson is a very well written romantic comedy full of small town wonder! Mudville is a hoot and so is Aunt Agnes. What makes this book truly fantastic is Harper and Stone. Harper is feisty, independent, beautiful, hardworking, creative, smart and sweet while Stone is set in his ways, as wary as he is handsome, smart, hardworking, handy, protective and full of testosterone. These two are opposites in some ways, yet fit together so well in a plethora of other ones. Most notably of the steamy (risky at times!) variety.
This book is so very interesting, beyond Harper and Stone. Mudville is a panoply of “plot bunnies” on top of discovered diaries. There’s always something going on, revealed or stumbled upon for Harper especially.
Overall, despite allowing themselves to remain miserable rather than communicate, Harper and Stone do have a HEA in store and not a moment too soon. Absolutely loved this book and ready to read Book 2.
Read more
5 people found this helpful
Helpful
Report abuse
See all reviews

Kindle Customer
4.0 out of 5 stars Romantic comedy
Reviewed in the United Kingdom on December 17, 2020
Verified Purchase
No plot spoilers
No potential triggers
There are no grammatical or editorial errors that I can recall.
There is a tiny amount of swearing, and a couple of sex scenes each of them appropriate.
The book made me laugh out loud, it's very upbeat and sweet.
The characterisation is okay, but he is no alpha male while the FL seems more clued up than he could ever be.
The storyline is straightforward with a good balance between show and tell, although there isn't any action as such. It's just a nice little escape from reality for a little while.
Read more
Report abuse

katrina polson
5.0 out of 5 stars hilarious
Reviewed in the United Kingdom on August 27, 2021
Verified Purchase
this book had it all,fun,love,quirky characters,history,the nosiness of small towns everywhere and some gentle suspense,a perfect downtime read from a renowned author
Read more
Report abuse

bluebird
5.0 out of 5 stars Small town quirk
Reviewed in Australia on September 7, 2021
Verified Purchase
What a delightful tale. City girl, small town romance with a hint of mystery. Then there’s the animals causing havoc in the mix. The author has the slow burn/lust between Stone & Hayley down pat.

Chuckles
5.0 out of 5 stars Love those small towns
Reviewed in Australia on October 23, 2019
Verified Purchase
Oooooeeeeee. I loved this book. Read it in one afternoon. Nothing but a nice genuine sweet romance. Do I really have to wait till January for more- not fair. Cat is always one author I always buy from, love her stories.
Read more
Report abuse
See all reviews

Tags that will help you discover similar books. 5 tags
romantic comedycontemporaryromancemashupsgenre fiction
Results for:
Page 1 of 1Start overPage 1 of 1
Previous page
Next page
Where do clickable book tags come from?
Book tags are created from a variety of sources, some of which are customer-generated. Amazon is not legally responsible for the accuracy of the tags represented. If you are an author or publisher and would like to remove a tag associated with your title, please contact your vendor manager or publisher support team.
Back to top
Get to Know Us
Make Money with Us
Amazon Payment Products
Let Us Help You
EnglishChoose a language for shopping. United StatesChoose a country/region for shopping.
© 1996-2021, Amazon.com, Inc. or its affiliates