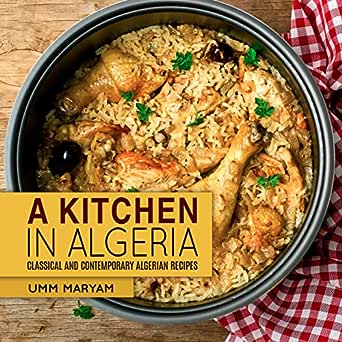 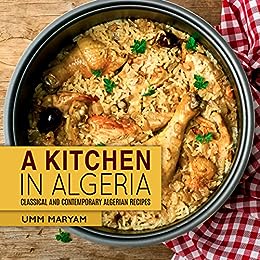 Umm Maryam is a self proclaimed lover of culture. She focuses her time on writing books about different countries in the Arab and Asian world. She is known mostly for her magnificent cookbooks which deliver the best and most savory cultural dishes to a mass audience. Such as Arabia & Asia: A Cookbook With Recipes From Egypt, Morocco, Persia, & Pakistan. Maryam loves nothing more than to cook new foods, hear from her readers, and travel abroad whenever the chance occurs. So check out her blog often! Maryam always posts new exciting adventures and recipes! --This text refers to the paperback edition.

3.4 out of 5 stars
3.4 out of 5
11 global ratings
How are ratings calculated?
To calculate the overall star rating and percentage breakdown by star, we don’t use a simple average. Instead, our system considers things like how recent a review is and if the reviewer bought the item on Amazon. It also analyzes reviews to verify trustworthiness.

Rachel
4.0 out of 5 stars book arrived in excellent condition; content could use a bit of improvement
Reviewed in the United States on September 27, 2016
Verified Purchase
There are not many Algerian cookbooks written in English, so this was a nice find. Unfortunately it does not contain photos or illustrations, which I can manage given that these are more simple Algerian dishes.

My largest complaint is that the names of the dishes are only provided in their English descriptions rather than their local Berber/Arabic/French names.
Algerian cuisine is obscure enough to most Anglophones that we would not one day seek an Algerian cookbook because we wanted to experiment or recreate our favorite dish from an Algerian restaurant given that Algerian restaurants in the English-speaking world are uncommon.

Rather, the reader themselves are likely to have ties to Algeria. Perhaps they are of Algerian descent or they have married an Algerian. In such instances, it is preferable to know the native Algerian name of the dish. Measurements are provided in imperial units, which is suitable for American readers.

For example: "Cheesy Potato & Pickle Rolls" are actually a variety of "börek."

E.A.
1.0 out of 5 stars Barely Algerian, minimal effort put in
Reviewed in the United States on August 13, 2019
Verified Purchase
Avid, daily Algerian home cook here, over a decade of experience, cook every day for an Algerian husband and mother-in-law, have cooked for large functions attended exclusively by Algerians, stamp of approval from all Algerian in-laws and acquaintances. I bought this book as a gift for American friends who enjoy the dishes I make. The lack of a table of contents or recipe list in the Amazon listing itself should have been a red flag, but since the major highlights of the country's cuisine are well-known, and the two reviews were positive, and the two other results on Amazon for an English-language Algerian cookbook were clearly slapped together on a computer by non-Algerians, I hoped for the best with this one. I was disappointed. Umm Maryam, I'll address my concerns to you in the hopes that you read the reviews, and can make some edits to the book as it appears to be all computerized, and possibly send me a replacement with the edits, as I can't gift this to my friends as is.

1- Half the recipes do not even seem to be Algerian. Some recipes clearly bear no relation to the country as the ingredients used do not even exist there (e.g. hominy in the very first recipe, an exclusively central American ingredient). Others are clearly copied over from other Arabic-speaking countries, but I can vouch have no basis in Algeria (e.g. stuffed grape leaves).

2- As another reviewer mentioned, only English descriptions of the dishes are given as titles, not the Algerian names for the dishes, so one has to guess what recipe is meant (is "chickpea and egg pie" meant to be garantita? or is "chickpea souffle sandwiches"?). I've included photos of the table of contents with what I believe to be their corresponding Algerian names, for what it's worth.

3- The recipes are completely uncategorized, with desserts, main dishes, appetizers, sides all randomly mixed together. A common cookbook organization scheme of appetizers - sides - vegetarian mains - meat and chicken dishes - desserts or some such order would be extremely helpful.

4- The nutrition facts take up an enormous amount of space and could easily have been condensed down into a few small lines in small font, leaving room for more recipes. (see photos)

5- The introduction and the ending pages are blatantly copy-pasted from other cookbooks, with such lines as "In writing this book... I have taken the time to compile... the simplest and easiest classical Turkish dishes" (!!) and an entire page dedicated to social media links which, of course, don't work in a book (see photos).

6- The cover image (which should have been a red flag) depicts a chicken and rice dish which is nowhere to be found in the book, and doesn't even appear to be Algerian as rice is by no means a classical Algerian ingredient. It also leads one to think that the book itself will contain at least a few high quality images of the recipes, but alas, it is a black & white, cheaply-produced/self-published book and feels that way. I would rather pay more for a higher-quality publishing with glossy pages and a few images so I could feel good giving it as a gift. And while cheaper productions/self-publications have their place and their use, it's only fair to warn customers that that is what they're purchasing. The item listing contains absolutely zero description or contents beyond "It's time to learn the Algerian style of cooking". Hardly informative.

8- So many of the ingredient choices within the recipes themselves are also confusing. I understand that every region - and family - is different and there are 100 and one ways to prepare a recipe in any given country, but I've consulted every Algerian I know and none have heard of some of these. Hmiss (page 88, "warm veggie salad" [???]) drizzled with vinegar instead of olive oil??

I have to stop here because my OCD is driving me crazy the more I look at the book. Just so disappointed, I'm inspired to self-publish my own just to make the OCD go away. I really hope this is taken as constructive criticism, I don't mean to be critical, but it's best to stick to what you know when self-publishing, or at least provide *some* information in the listing to give customers a heads-up what they're getting into. If there's any way of getting a refund or a replacement with suggested edits, I would really, really appreciate it.
Read more

Happy Hijab Hippie
5.0 out of 5 stars Thank You So Much!
Reviewed in the United States on May 12, 2018
One of the few and Great Algerian cook books out there...thank yoi for your contribution to the culture and the cuisine much appreciated
Read more
Helpful
Comment Report abuse
See all reviews

cm
4.0 out of 5 stars Nice food
Reviewed in the United Kingdom on December 23, 2018
Verified Purchase
Great recipes easy to follow could do with more illustrations of the lovely dishes.
Read more
Report abuse

Joanna
3.0 out of 5 stars I like this book so much
Reviewed in the United Kingdom on December 29, 2017
Verified Purchase
I like this book so much, but I have a feeling like it is done in some text editor and printed home. This book really need pictures! And obviously original algerian's names of dishes.
Read more
Report abuse

Gillian Connett
1.0 out of 5 stars Boring cookbook
Reviewed in the United Kingdom on June 17, 2019
Verified Purchase
I was looking forward to this, nothing has its Algerian name, no pictures, really boring and I have never cooked out of it
Read more
Report abuse