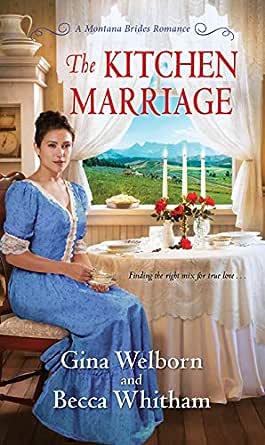 You've subscribed to A Montana Brides Romance! We will preorder your items within 24 hours of when they become available. When new books are released, we'll charge your default payment method for the lowest price available during the pre-order period.
Update your device or payment method, cancel individual pre-orders or your subscription at
Your Memberships & Subscriptions
There was an error. We were unable to process your subscription due to an error. Please refresh and try again. 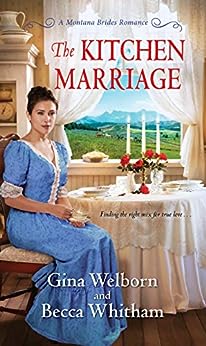 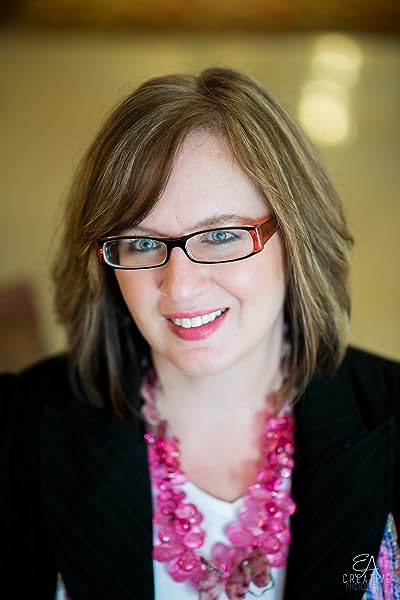 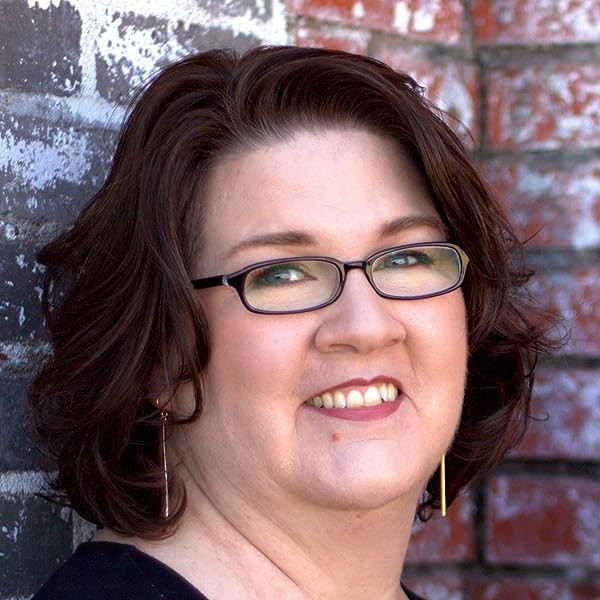 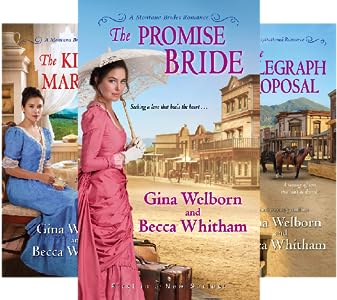 GINA WELBORN is the bestselling author of sixteen inspirational romances. She’s a member of Romance Writers of America and American Christian Fiction Writers, and serves on the ACFW Foundation Board. Sharing her husband’s passion for the premier American sports car, she is a lifetime member of the National Corvette Museum and a founding member of the Southwest Oklahoma Corvette Club. Gina lives with her husband, three of their five children, several rabbits and guinea pigs, and a dog that doesn't realize rabbits and pigs are edible. Visit her online at GinaWelborn.com.

BECCA WHITHAM (WIT-um) Multi-published author, paper crafter, and Chai tea lover, Becca and her twelve-foot-long craft cabinet follow her husband of more than thirty years to wherever the army currently needs a chaplain. In between moves from one part of the country to the other, she writes stories of faith that touch the heart. She’s a member of American Christian Fiction Writers and a Genesis Contest finalist. Connect with her online at BeccaWhitham.com. --This text refers to the mass_market edition.

3.8 out of 5 stars
3.8 out of 5
47 global ratings
How are ratings calculated?
To calculate the overall star rating and percentage breakdown by star, we don’t use a simple average. Instead, our system considers things like how recent a review is and if the reviewer bought the item on Amazon. It also analyzes reviews to verify trustworthiness.
Top reviews

Kindle Customer
4.0 out of 5 stars A Western Surprise
Reviewed in the United States on November 4, 2019
Verified Purchase
A lady chef travels to Denver and then on to Montana. A friend travels with her to Helena and she becomes a mail order bride.
Read more
Helpful
Comment Report abuse

Jennie Pendergast
5.0 out of 5 stars A lady from back east finds love out west.
Reviewed in the United States on April 12, 2019
Verified Purchase
Interesting story. It wasn't how I thought the story should end. But Zoe and Isaack had an interesting relationship. I didn't like this one as well as Promise Bride. But I will try out the others in this series.
Read more
Helpful
Comment Report abuse

📚 Bookwyrm 📚Top Contributor: Brewing
TOP 50 REVIEWERVINE VOICE
2.0 out of 5 stars Slow and annoying with unlikable characters and anachronisms
Reviewed in the United States on September 25, 2018
The excerpt for The Kitchen Marriage was interesting, so I gambled and grabbed an ARC. However, the negatives for this book make this book a disappointing read for me. The book is slow, the “French” accent more than annoying and unnecessary, and there is a plethora of characters and names that became a convoluted confusion. There’s a lot of potential here, but it just misses the mark for me. The characters don’t act Christian, the quite unlikeable brother and mail-order bride spend too much time thinking about each other and almost courting, when she’s contracted to court his brother. This book is relentlessly a romance with very little else. I guess I’m more into romances that have something actually going on, such as a good mystery. The majority of the book is inner dialogue about how the characters thinking about the others.

In addition, I found the anachronisms a total deal-breaker, as that’s pet peeve of mine. If you’re going to write a historical novel, please research that era and make your facts and environment match. The story is set in 1887 in Helena, Montana, right after the peak of the gold money influx. (Helena was settled in 1864 as a gold rush camp.) At times it feels as if The Kitchen Marriage set further back in time, although I do realize horse and buggies were still used, but the whole preponderance of brothels and that being a major theme, plus some of the other elements felt as if the authors were aiming for an old-West sort of vibe and it’s in the description that Zoe goes to the frontier.

At other times, the vernacular and circumstances were too modern. I was dealing with it until the whole conversation about a magazine recommending “old poop” and the whole poop discussion that followed. Poop is a modern word that would have come into use later than the book was set and its use in a conversation would have been low-class and vulgar until very recent times. There were other anachronisms, such as what you could go grab at the local grocery in a town of the size and time of 1800s Helena, Montana. And the same goes for the frequent use of “red light district.” That term came into use later than the book was set. I’d cite more, but my Kindle lost all my highlights and it’s not worth going back to try to find everything anachronistic.

My take: A very slow read with multiple unlikable characters, an annoying dialect, and multiple anachronisms. After the “poop” incident, I ended up skimming to the end, just pausing to read scenes here and there. Overall, not a book I’d recommend, although I might try another book by these authors, with the caveat that I would drop it if there was another awkward dialect. (It works so much better when an author simply tells us someone said something in a dialect, preferably from a witness’s thoughts about it, and then uses normal speech, which we can infer is said with an accent.)

I received this book as an Advanced Reader Copy (ARC) from the publisher through NetGalley. My opinions are my own.

Deana
3.0 out of 5 stars Disappointing Characters
Reviewed in the United States on November 5, 2018
I was hoping that the story would move faster as I read but for me it seemed to drag. I did like the idea of mail order brides as the theme. It seemed to be very popular during the time period of this story. Zoe is the main character of the book and I had a like/hate relationship with her. For some reason she bothered me with her over the top sugary personality or perhaps she went to Helene on false pretenses. She did have some redeeming qualities of caring for others and staying committed.

Jacob is excited when he says Zoe. She was beautiful, graceful and I think he may have hit the jackpot. I did not feel any connection between him and Zoe through the entire story. At times the story seemed to drag and become repetitive. When Jacob's twin brother enters the story I had figured out what would happen. Isaac is very different from his brother. Isaac is arrogant, rude and just plain unfriendly. I wanted to know more about Jacob, but the story seemed to focus on Isaac more. That confused me since the book was about a mail order bride which Jacob was looking for. I didn't like all the deceit going on between characters and hoped for more of how Jacob comes to court Zoe to woe her over. I wanted the story to not focus so much on how beautiful Zoe was. It was almost prideful to read that because she was beautiful she would make the perfect bride.

The story does pick up towards the end and I enjoyed the intrigue that developed as we learn of something illegal going on in the town. I was pleased with who Zoe ended up with, but it was a bit obvious with the not so subtle hints throughout the book. Overall a pleasant read, but a little long winded at times.

I received a copy of this book from Celebrate Lit. The review is my own opinion.
Read more
2 people found this helpful
Helpful
Comment Report abuse
See all reviews