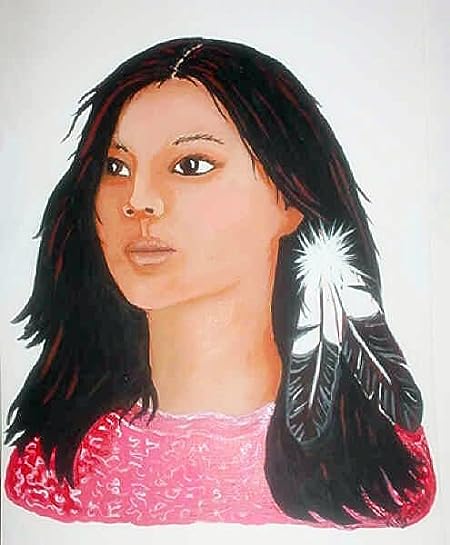 Kitty Sutton was born Kathleen Kelley to an Osage/Irish family. Both sides of her family were from performing families in Kansas City, Missouri and Kitty was trained from an early age in dance, vocal, art and musical instruments. Her father was a Naval band leader. During the Great Depression, her mother helped to support her family by tap dancing in the speakeasys even though she was just a child; she was very tall for her age but made up like an adult. Kitty had music and art on all sides of her family which ultimately helped to feed her imaginative mind and desire to succeed.

Kitty married a wonderful Cherokee artist from Oklahoma, in fact the very area that she writes about in her Wheezer series of novels. After raising her family, Kitty came to Branson, Missouri and performed in her own one woman show there for twelve years. To honor her father, she performed under the name Kitty Kelley. She has three music albums and several original songs to her credit and is best known for her comical, feel good song called, It Ain't Over Till The Fat Lady Sings. Kitty has been writing for many years and in 2011 Inknbeans published her historical Native American murder mystery. First in a line of stories featuring Wheezer, a Jack Russell Terrier and his Cherokee friend, Sasa, it is called, Wheezer And The Painted Frog. Following that first book she came out with Wheezer and the Shy Coyote and has named her series, Mysteries From the Trail of Tears. Her third book, Wheezer and the Golden Serpent was released in 2013. Her fourth book, Wheezer and the Giveaway Child, is being released by the end of 2016. Kitty lives in the southwestern corner of Missouri near Branson with her husband of 46 years, one rescued cat and her three Jack Russell Terriers, one of which is the real and wonderful Wheezer. 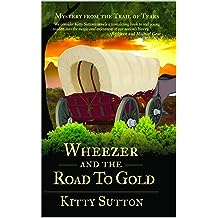 Wheezer and the Road to Gold (Mystery from the Trail of Tears Book 5) Dec 11, 2018
by Kitty Sutton
$2.99
In 1848, gold was discovered in the mountains of California. It is a little known fact that the Cherokees of Indian Territory were excited by the news and they quickly formed a company. But what trail would they take? It was said that the Santa Fe Trail, leaving from Independence, Missouri was full of cholera and death. The southern route was beset with marauding Indians. How would they get to the goldfields?The Cherokees were among the first to form a company of men and women who planned on traversing the land from the east to grab their share of the gold. Yet, there was safety in numbers and the group joined with another group of white settlers calling the combined group the Cherokee/Evans Company. However, almost immediately there was trouble between the two groups.Sasa, a young Cherokee woman, and Coyote, a Lakota/Blackfoot man, accompany the wagon train and bring with them their faithful friends, Wheezer, a Jack Russell Terrier and Yellow Eyes, a wild coyote. But all is not well on the wagon train. There is a murderer in disguise among the travelers as well as much racial tension.The search for the murderer puts Sasa and Coyote's lives in danger. Would they make it to California? Only those with courage and endurance stood a chance.
Read more
Other Formats: Paperback 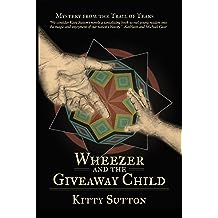 It is 1845 in Indian Territory (modern day Oklahoma) and the tribes have settled down in their new land, but all is not well. Children are disappearing. A widowed mother dies and her child has disappeared. Sasa, a young Cherokee woman, is determined to find out what is happening to the children, but it seems there is more than one answer to that question. Her search leads her and her friends into a life-and-death struggle with unscrupulous men,who will kill to protect the profits of dealing in stolen children. However, some families are giving their children to a shyster lawyer who promises they will be raised by white families. 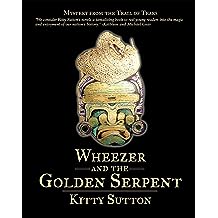 1843 in Indian Territory, an historic, never-before-done peace council is held at the capital of the Cherokee Nation, Tahlequah. Chief John Ross invites all Indian tribes within running distance, even their long-time enemies, as well as the plains Indians. Thousands attend this "Uniting of Nations". Why would the Chief invite so many tribes? Intrigue mounts at home while the young Cherokee, Sasa, after finishing her education, is presented in Boston for her first Social “Season”. Who is following her and Wheezer, her faithful Jack Russell? 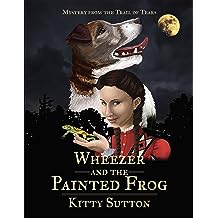 Ideal for mature middle grade readers to adult - anyone interested in Native American history. As the People settled into Indian Territory, having survived the forced march, the disease ridden supplies and stolen food, a new and insidious enemy threatened them - an enemy in a jug. A conspiracy between soldiers, shopkeepers and others introduced whiskey to the displaced men, incapacitating them and causing the decay of their burgeoning quality of life in the newly defined Territory. When Sasa and her friends investigate, their lives are threatened. Into this intrigue comes Coyote, half Lakota and half Blackfoot, forced to live on the fringe of society among his mother's people. Dishonored and distrusted, Coyote comes to the Territory to seek answers from other tribes, and from the Creator, to find his purpose in life. One purpose just might be to save Sasa's life. And what about Wheezer's new friend, a wild coyote Sasa calls Yellow Eyes? "Wheezer and the Painted Frog is at once joyous and heartbreaking. You will ache for the suffering, be outraged by the wrongs fascinated by the way of life, identify with Sasa and above all you will love Wheezer. You will look for his spirit in every dog you meet! Good luck and all best wishes Anne" Anne Perry, Author of Acceptable Loss