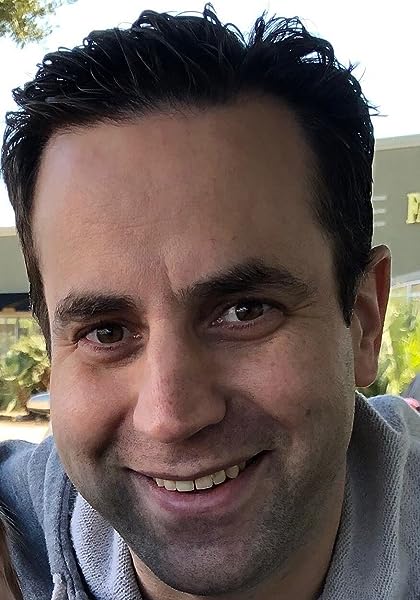 The Knicks of the Nineties: Ewing, Oakley, Starks and the Brawlers That Almost Won It All Paperback – September 28, 2020

“Paul Knepper has done more than just compile an encyclopedic knowledge of the Knicks’ history and the franchise’s most important moments. He has brought its most fascinating characters to life, documenting the triumphs and shortcomings of one of professional sports’ most iconic franchises--and the people who have won, lost and been defined by a team and an era.”―Kent Babb, author of Not A Game: The Incredible Rise and Unthinkable Fall of Allen Iverson; “This book had me humming the tune of the wonderfully corny Knicks rap ‘Go New York Go’ from start to finish--and I mean that in the best way. Today’s Knicks fans may have grown accustomed to wondering if the franchise will compete for an NBA championship in the next decade, but thanks to Paul Knepper, they can relive the last great era of Knicks basketball in all its bruising, hard-nosed glory.”―Rafe Bartholomew, author of Basketball: A Love Story; “Knicks fans who pine for the last time their team entertained title hopes, or when the game had more of an overall black-and-blue sheen, will enjoy this book. Takes you back to those days, with a few never-been-told-before nuggets unearthed along the way.”―Ric Bucher, Bleacher Report and FS1; “The New York Knicks of the 1990s were tough, brash, talented--and ready to fight at a moment’s notice. Connecting with their metropolitan environment much like the teams of the glorious 1970s, these Knicks of Ewing, Starks, and Oakley left an indelible mark on New York City basketball. In this book, Paul Knepper captures with detail and reverence a wonderful era for the Knicks; one that did not end in a title, but contained enough moments to secure their place in NBA history.”―Todd Spehr, author of The Mozart of Basketball: The Remarkable Life and Legacy of Drazen Petrovic; “The rough-and-tumble Knicks of the 1990s never won style points or a title, but they were as memorable as any championship team. In his superb book, Paul Knepper recounts the unforgettable triumphs, the devastating losses and, yes, the brutal fights, in vivid detail, but goes beyond the box scores with detailed reporting and graceful writing about the players and coaches who brought victory and excitement back to Madison Square Garden.”―Shawn Fury, author of Rise and Fire: The Origins, Science and Evolution of the Jump Shot–and How it Transformed Basketball Forever

Attorney Paul Knepper was born and raised in New York and was previously a featured columnist for Bleacher Report. He lives in Austin, Texas.

Start reading The Knicks of the Nineties on your Kindle in under a minute.

Marc L
5.0 out of 5 stars Amazing Book!!
Reviewed in the United States on November 17, 2020
Verified Purchase
This book is a must-read for anybody who loves NBA basketball. As a fan of the NY Knicks, this book couldn't have come out at a better time. It is brilliantly written and covers the Knicks at a time when they were exciting and extremely interesting. It provided me with something enjoyable about the Knicks at a point when there is currently nothing about the Knicks to enjoy these days! The author has quotes from over 100 people from former Knicks players, organization insiders, coaches, opponents and many others - and the result is absolutely fantastic. It's full of stories and insights from people like Charles Oakley, Starks, Van Gundy, even ball boys who provide such fascinating accounts, some of which had never been told before. The book does an excellent job of taking us through the chronology of Knicks basketball from the days of Pat Riley to Van Gundy, the battles with Jordan and the Bulls, the Miami Heat rivalry, the Latrelle Sprewell days (including his choking incident prior to joining the team) and everything in between. I don't want to give too much away about the book but one thing I'll say is that Charles Oakley is certainly an interesting guy. Wow!

This book was featured in the New York Post and after reading that article I knew I would love the book. That I did. I highly recommend it and not only for people who were around during the 90s to watch the Knicks but also for anyone who likes basketball and wasn't around during those days. You won't be able to put it down. If you liked watching The Last Dance, you'll love this book also. I can't wait to see what Paul Knepper writes next . . .

Allison
5.0 out of 5 stars Great details, excellent storytelling
Reviewed in the United States on October 12, 2020
Verified Purchase
This book had such incredible detail and great anecdotes. It’s clear that the author spent tons of time getting all the pieces of this story perfectly accurately and beautifully told. If you’re looking for a book that will take you back in time and inspire you along the way, this is it!
Read more
One person found this helpful
Helpful
Comment Report abuse

horo
5.0 out of 5 stars An Enjoyable Read
Reviewed in the United States on October 28, 2020
Verified Purchase
I had forgotten a lot of the details about the Knicks of the 1990s in the intervening 20 years or so, but Paul Knepper's book really takes me back to those days. His prose is sparse yet evocative and the list of former Knicks players, coaches and management staff that the author interviewed really help to fill in the details of this time period. It's an enjoyable and fun read. Quite an accomplishment for this first-time author!
Read more
Helpful
Comment Report abuse

Marlon Guils
5.0 out of 5 stars Memory Lane for me
Reviewed in the United States on November 6, 2020
Verified Purchase
Where do I begin with this book? This took me back in time with all the stories that I grew up on with my favorite basketball team. Great details and stories of what made the early 1990s New York Knicks team a powerhouse in the NBA. While times have changed for the Knicks, it's a release like this that makes you appreciate what once was.
Read more
Helpful
Comment Report abuse

Daniel Drucker
5.0 out of 5 stars Excellent Book
Reviewed in the United States on November 19, 2020
I thoroughly enjoyed reading this book! It takes the reader back to a time (the 90's) when the Knicks were consistently one of the top 5 teams in the NBA. The author, Paul Knepper, does a wonderful job incorporating interesting background stories about Knicks' players and coaches along with a recap of their deep playoff runs.

I highly recommend this book to Knicks fans of any age, as well as NBA fans who long for the days of the physicality, and "old school basketball" that we all witnessed in the 90's.
Read more
Helpful
Comment Report abuse

Pritchett 54
5.0 out of 5 stars So great to reminisce about when the Knicks ruled NY
Reviewed in the United States on October 21, 2020
I loved this book. Nice to reminisce and read about a time when the Knicks ruled NY. Kids today have no idea how popular they were. Such great stories from so many of those players, coaches and opponents. Ewing, Oakley, Starks, Riley, LJ, Sprewell. Such characters. The Bulls and Heat rivalries. Great stuff.
Read more
Helpful
Comment Report abuse

Dana T. Trudeau
1.0 out of 5 stars A book of losers
Reviewed in the United States on November 19, 2020
The book is about a bunch of losers do you want to read about that?
Read more
One person found this helpful
Helpful
Comment Report abuse

Mike Marsico
5.0 out of 5 stars Almost Won It All
Reviewed in the United States on November 19, 2020
As a die hard Chicago Bulls fan I just love the title Almost Won It All. Brings back great memories of the Bulls knocking them out of the playoffs time and time again. Ahhh brings such joy to my life.
Read more
Helpful
Comment Report abuse
See all reviews