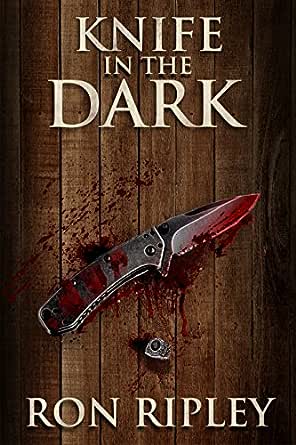 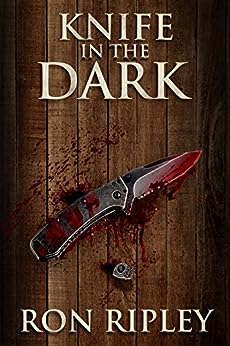 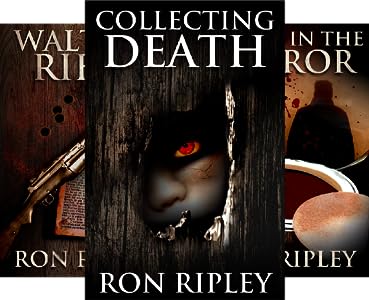 "I love this series and I cannot wait for the next book to be released." - Wen H.

"Another excellent book by the great writer, Ron Ripley! I thoroughly love this series!" - Tammy F.

"A great book in the haunted collection series, possibly my favorite." - Amalthe

"I am looking forward to the next book in this series, I enjoy the characters, the paranormal. Good storyline and editing. Keep these coming." - Jewel

"I like this series a lot. I actually feel as if I know the characters and i enjoy the way Ron Ripley weaves them together in each story. Great read." - Lisa S.

"Probably one of the best writers of all things ghostly, perfect blend of characters and places I'm always eager to read what his mind thinks up." - Jo

"Another great book in this series! I always have a difficult time putting these books down! I always look forward to the next book in the series!" - Beverly S.

Chapter 1: A Little Bit of Help

The world shopped online, and the packages were delivered at all hours of the day. They were left in front of houses, on the stoops of buildings, and on their foyers. People had everything from dental floss to movies shipped to them, and Charlie knew how to move it all.

There was a Romanian family that owned a string of gas stations, and they would sell DVDs and Blu-Rays. A nice, retired school-teacher could move whatever watches and jewelry Charlie brought her.

Yes, Charlie thought, the internet has made my world a better place.

Snickering, he ducked through the back door of a new apartment building off Elm Street. A month earlier, he had watched a drunk man punch in the security code while saying the numbers out loud. From the back, it was only a short walk past the communal, coin-operated laundry machines, up half a flight of stairs, and into the front lobby.

The building's super was lazy, and from what Charlie had observed, the man spent most of his days sealed up in his office. Any package delivered to the residents was left piled in the lobby, beneath the mailboxes.

Charlie never took more than two; never from the same unit, and he made it a point to only visit the building once a week.

It was a routine he kept up throughout the city and one that paid well. Between his welfare checks and the money for the goods, Charlie was feeling good about life. He had a good amount of cash stashed away in his studio apartment, beneath a loose floorboard under his mattress.

Grinning, Charlie climbed the stairs into the lobby and took a look at the mailboxes.

His shoulders slumped when he saw there was only one package. A large, padded envelope slightly too big to fit into the narrow confines of the designated mailbox.

Charlie didn't hesitate, striding across the tiled floor and bending down to scoop up the parcel. As he turned on his heel and retraced his steps, he opened his messenger bag and dropped the envelope in.

By the time he reached the backdoor, Charlie's mood had improved. Even if the package didn't turn out to have anything valuable in it, he would have money in his account from the State, and there was plenty of cash at home.

Reflecting on his abundance of wealth, Charlie decided to make a quick stop at the package store on the corner of Elm and Middle. When he reached the store, Charlie spent only a few minutes browsing the shelves. He did it more to antagonize Henri, the owner, than anything else. The Haitian always kept a careful eye on Charlie, and Charlie knew why.

He had, of course, but not the little nips the Haitian kept by the register. Charlie often lifted entire bottles of vodka, but that, like everything else in Charlie's world, was primarily for resale.

Tonight, Charlie told himself, it's Bacardi.

He focused on the rum, found a bottle of Bacardi, and brought it to the counter.

Henri's eyes never left Charlie's during the entire transaction, the Haitian's fingers flying over the keys of the register. Charlie paid in cash, dropped a couple of pennies into the 'Take a
Penny, Leave a Penny' dish, and collected his bagged adult beverage.

He gave an exaggerated nod to Henri and left the store.

By the time he reached his apartment, Charlie was whistling a tune he had heard earlier in the supermarket, but couldn't quite place. He was still whistling when he let himself into his home, tossed his keys on the counter, and made himself a drink before cooking up the beef flavored cup-o-noodles that would be his dinner.

Charlie carried the food to his bed, sank down on the worn mattress, and pushed his blanket aside. He powered up his laptop and accessed his digital copy of Star Wars. With the familiar sounds of the movie in the background, Charlie quickly ate his food and washed it down with the rest of the rum.

A pleasant, drunken buzz overtook him, and the apartment swam in his vision as he picked his messenger bag up and removed the package he had stolen. He opened it with an easy, well-practiced motion. He then, fished out the contents which consisted of a receipt and a bubble wrapped item.

A single printed page described the object as lot number 4412, NORUNIV67, and said the purchase price was $318.67.
Charlie grinned, dropped the paper and unwrapped the item.
The object was a class ring, the name of the school worn but still legible.

Charlie turned the ring around in his hand and peered inside the band. He found an engraving that stated it had once belonged to Richard H. Bronte, and a stamp declaring the metal to be silver.

Looking at the stone set in the ring, Charlie realized it was semi-precious. A black, multi-faceted stone.

Onyx, he thought. Don't know how much it's worth, but I can move the silver at least.

He slid the ring onto his index finger, but the ring was far too large.

Damn, Charlie chuckled, the guy must have been a giant.

The metal, he noticed, was disturbingly cold, no matter how long he held it.

Frowning, Charlie set the ring down on the bed beside him, took a pleased sip of his drink, and tried to follow the story playing out on the computer.

Just as he seemed to finally get his thoughts together, the laptop's screen flickered, dimmed, and then went out. The light over the sink did the same, and in a heartbeat, only the light of the late afternoon illuminated the apartment.

Confused, Charlie straightened up and looked around bleary-eyed. He listened for the sound of emergency vehicles, wondering if perhaps someone had struck a telephone pole and knocked out the power to the neighborhood.

It had happened before and would happen again.

The room darkened and became chilly.

Shivering, Charlie reached out, found his blanket, and pulled it up around him.

"Who are you?" a voice hissed.

Panic welled up within Charlie, his throat tightening and refusing to allow him to speak.

"I asked you a question!" As the words filled the room, the shadows gathered together by the far wall, knitting themselves into the shape and form of a man.

Charlie shuddered once, felt his eyes roll up into his head, and fell backward onto his mattress, his head bouncing off the wall.